As if you didn’t need any more reasons to go to Limerick LGBT Pride Festival 2017, here are ten reasons you do not want to miss any events this week:

This Saturday 15 July the Pride Climax Party will be taking place at Dolan’s Warehouse with X-Factor star Saara Aalto headlining the exciting event. Support comes from Limerick singer/songwriter Doreen Grimes and will be hosted by well-known Limerick drag stars Sheila Fitzpatrick and Madonna Lucia. There will be performances from Dublin’s Paul Ryder and London’s Shyanne O’Shea. The event will feature 3 DJ’s with DJ Ruth on the main floor, DJ Jules in the Kasbah and Saved by the 90’s upstairs. Three rooms packed with colour, vibrancy and music for all. Doors open 9 pm and Saara takes to the stage at 11 pm sharp.Tickets for Saara Alto can be found here https://dolans.yapsody.com/event/book/107026/435961 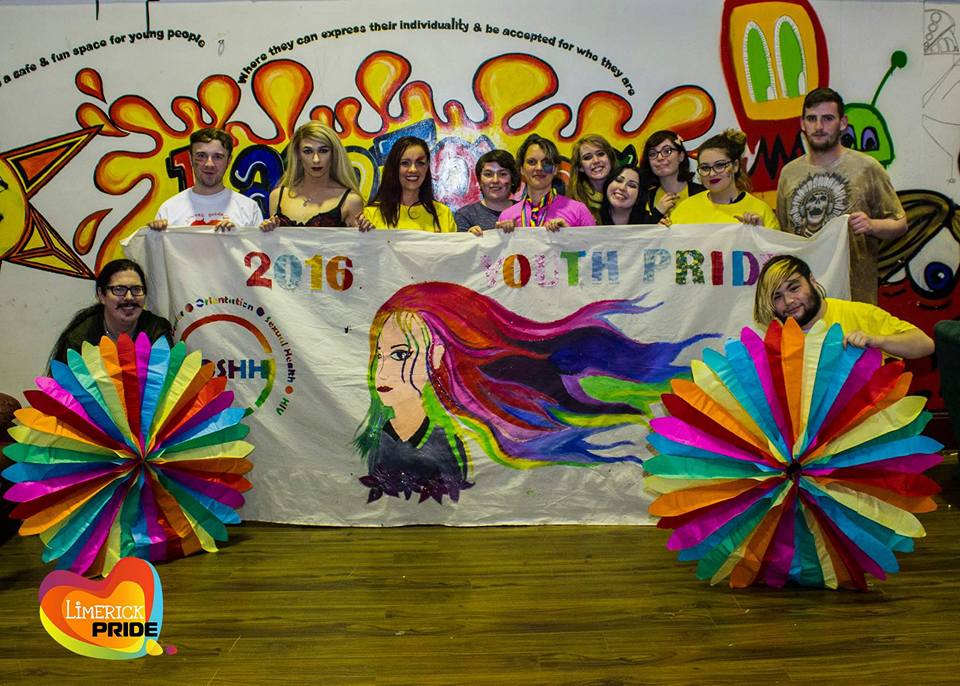 It’s all about the youth

This year the focus of the LGBT Limerick Pride Festival 2017 is on young people. The honour of being Grand Marshals for this year’s parade has been bestowed to inspirational young people who form the Youth Advisory Panel on the LGBT Youth Strategy. This strategy is the first of its kind in the world focusing on the needs of LGBT young people in Ireland. The aim of the group is to develop a strategy which addresses the challenges and needs faced by young members of Ireland’s LGBT community and will work with young people from all over the country to do so. 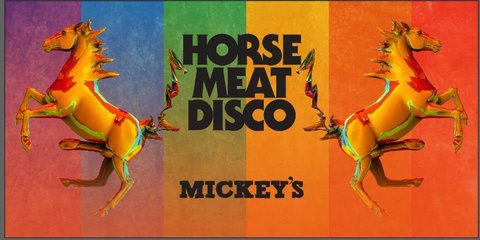 The annual pre-pride party which has been running since 2008 will take place at Mickey Martins from 9-11pm on Friday 14 July. There will be guests DJs and camo classics galore on the night.  This is a particularly special year as Mickey Martin’s and Smirnoff have come together to bring legendary act DJ Horse Meat Disco, who are fresh off the boat from New York Pride in June, to Limerick Pride. T’was the night before Pride’ is taking pride to the next level this year thanks to Smirnoff and promises to be an epic night. 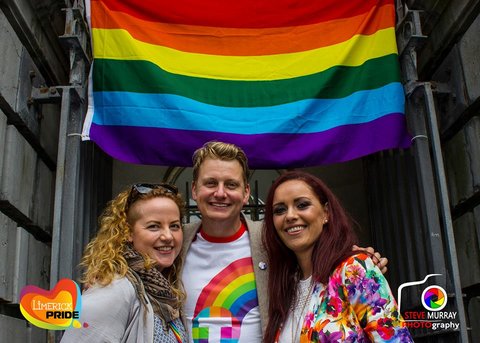 Limerick is a City of Culture

Limerick provides the perfect atmosphere and setting for an event like Pride. Events are running all over the city in various locations including Dolan’s Warehouse and the Hunt Museum. Limerick has a long history of successful and exciting Pride Festivals and LGBT Limerick Pride 2017  is no different. With events like Bake with Pride, Print with Pride and a Stanza Poetry performance this year’s Pride is brimming with cultural activities. 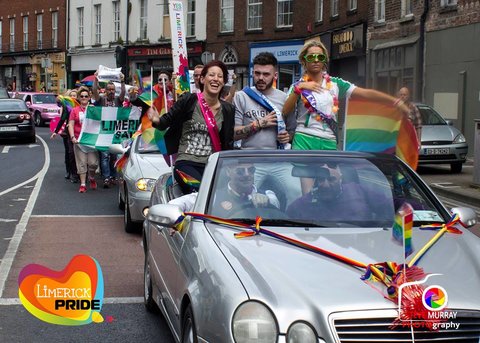 Saturday, July 15 is the main event of the festival with the Limerick LGBT Pride Parade taking pride of place. The parade will bring some extra colour and music to Limerick City Centre, gathering at City Hall at 1.30pm the Parade will make its way at 2.30pm sharp up O’Connell Street, across Mallow Street to Henry Street, past Arthurs Quay Park and returning to City Hall.

Following the parade, everyone will go to the Hunt Museum from 3 pm to 6 pm for PrideFest 2017. A showcase of local LGBT culture in Limerick in a lavish marquee in the museum gardens with your host Shyanne O’Shea and special guests Unity Gospel Choir Limerick. There will be musical performances, drag performances and much more on the day. 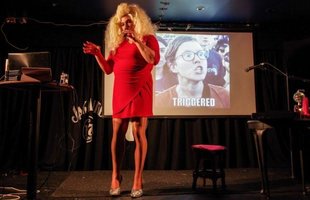 Not safe for work with Madonna Lucia

Madonna Lucia proudly presents her one-woman show ‘not safe for work’ at Dolans upstairs venue on Thursday, July 13th at 9 pm sharp. ‘nsfw’ was a breakout hit at this year’s first ever Limerick Fringe Festival and has been updated especially for Pride week. Part autobiographical, part stand-up comedy and guaranteed to offend, the show deals with body image and sex in the digital age. This show contains adult content and may not be suitable for younger people. Doors open at 8 pm. 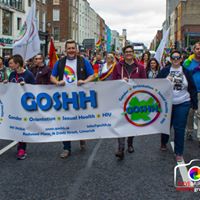 On Friday, July 14, a Drag-ON Youth Pride Party will be held in Lava Javas with GOSHH and Limerick Youth Service. All young people between ages 14 – 19yrs are welcome. Burst out a rainbow closet, stuff your face with rainbow cakes, dance the night away through glitter and bubbles, decorate your own Genderbread biscuit and paint your face in fabulosity.

On Sunday, July 16, a Prideful Recovery Event will be held at GOSHH, 18 Davis Street from 1 pm – 5 pm. Come along to GOSHH on Davis Street, Limerick for some holistic therapies including Reiki, Tarot and Angel card readings. Donations are welcome. To finish off the Pride festivities, Strokers have a live band followed by DJ.