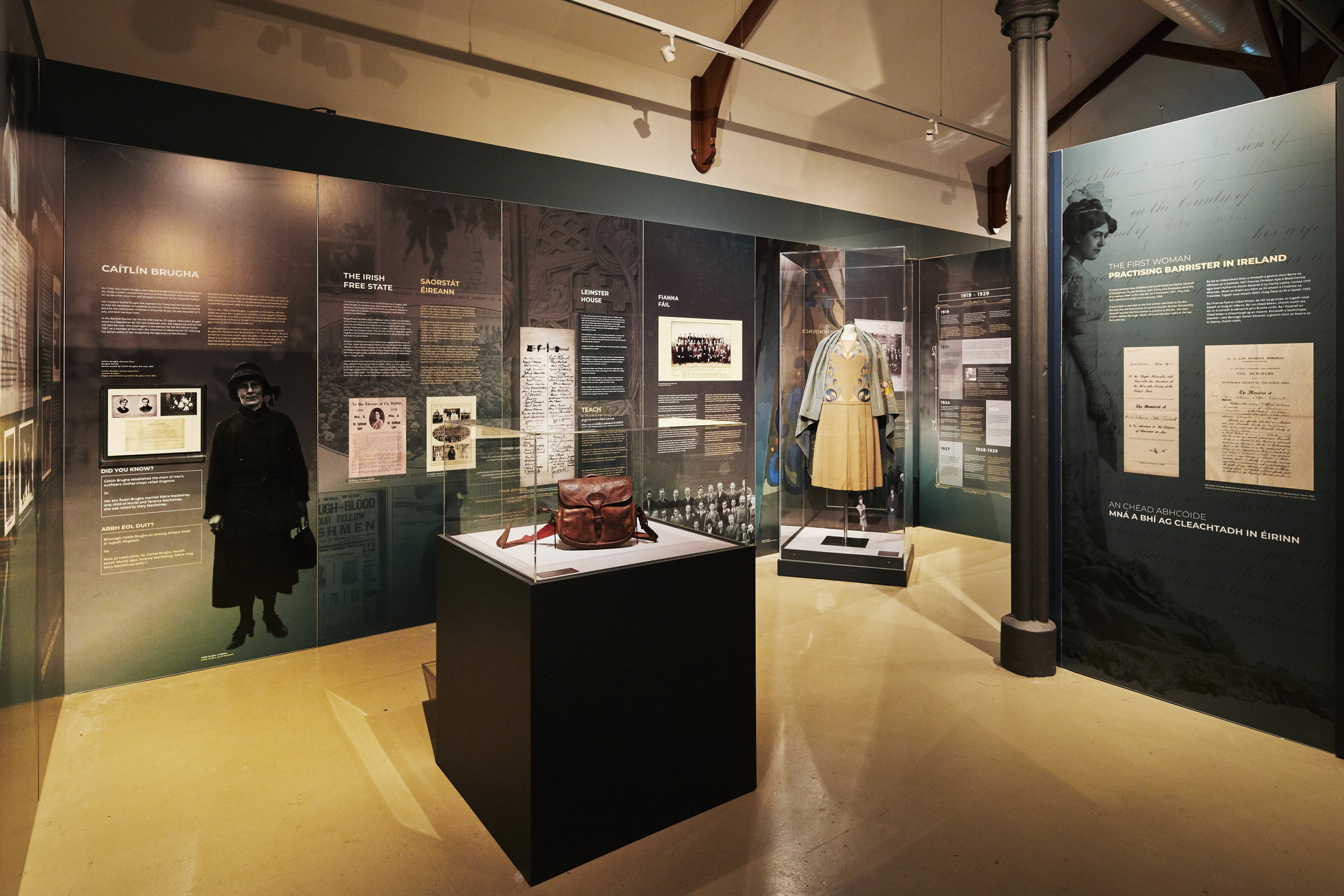 A fascinating insight into 100 Years of Women from Limerick and Munster has been unveiled at Limerick City and County Council. Picture: Ros Kavanagh.

A fascinating insight into Limerick and Munster women in politics and public life over the past century has been unveiled at Limerick City and County Council.

‘100 Years of Women in Politics & Public Life, 1918-2018’ is an exciting exhibition that shines a spotlight on the stories of very familiar and less well-known women, who have contributed significantly to Irish political and public life over the past century.

It details and explores the challenges they faced and the obstacles they overcame, as Irish society shifted through the decades.

The exhibition coincides with Dáil 100, a series of commemorating the centenary of the sitting of the first Dáil and the Decade of Centenaries, which is a programme of commemorations relating to some of the most significant events in Irish history that took place between 1912 and 1922.

Mayor of the City and County of Limerick Cllr James Collins said: “I’m delighted that this important exhibition is visiting Limerick for the next month or so.  Women have played and are playing a very important role in Irish society and even at a time when their input wasn’t necessarily valued, their work was crucial in the shaping of our society.”

“I would encourage everyone to make some time to visit this exhibition, which marries the old with the new technologies to tell the story of how women played their part in Ireland’s story.”

The exhibition is curated by the historian, Sinéad McCoole, who added: “I am delighted that I’m in Limerick representing the Department of Culture Heritage and the Gaeltacht’s commemorations unit, for me, it is a homecoming (although I am gone from Limerick 30 years), bringing an exhibition to Limerick as the Munster venue has been a joy and to such a wonderful venue at Istabraq Hall.”

“Documenting the women’s journey over the past 100 years, I have the privilege of creating Ireland’s first physical women’s museum albeit as a pop-up, thanks to the generosity of many families, archives and collections. With panels, multimedia, objects and clothing you can travel through the decades at this exhibition. It is an honour as a historian feminising Irish history and changing the canon.”

The 100 Years of Women pop-up museum at Istabraq Hall contains unseen family photographs, films, interviews, objects, clothes and even music that evokes each era of women in public life.

It features all the female TDs, Senators and MEPs and weaves its way through the century in chronological order from 1918 to today.

Key displays include the clothing of women in politics and public life, objects showing the working life of women from election literature, to items belonging to them, an early Apple Mac to a briefcase as well as films and interactive displays including one where you can review the lives of some of the women.

The 100 Years of Women exhibition also shines a light on the massive strides that Irish society has undergone through the eyes of the women who helped shape it over the past 100 years.

It celebrates all that has been achieved over the past 100 years but with an awareness of the considerable work remaining to be done.

The exhibition is supported by the Department of Culture, Heritage and the Gaeltacht as part of the Decade of Centenaries programme, and Limerick City and County Council.

The exhibition is Free and is open to the public at Istabraq Hall, Limerick City and County Council, Merchant’s Quay, every Monday to Friday (10 am – 5 pm) from February 18 until March 29, 2019.