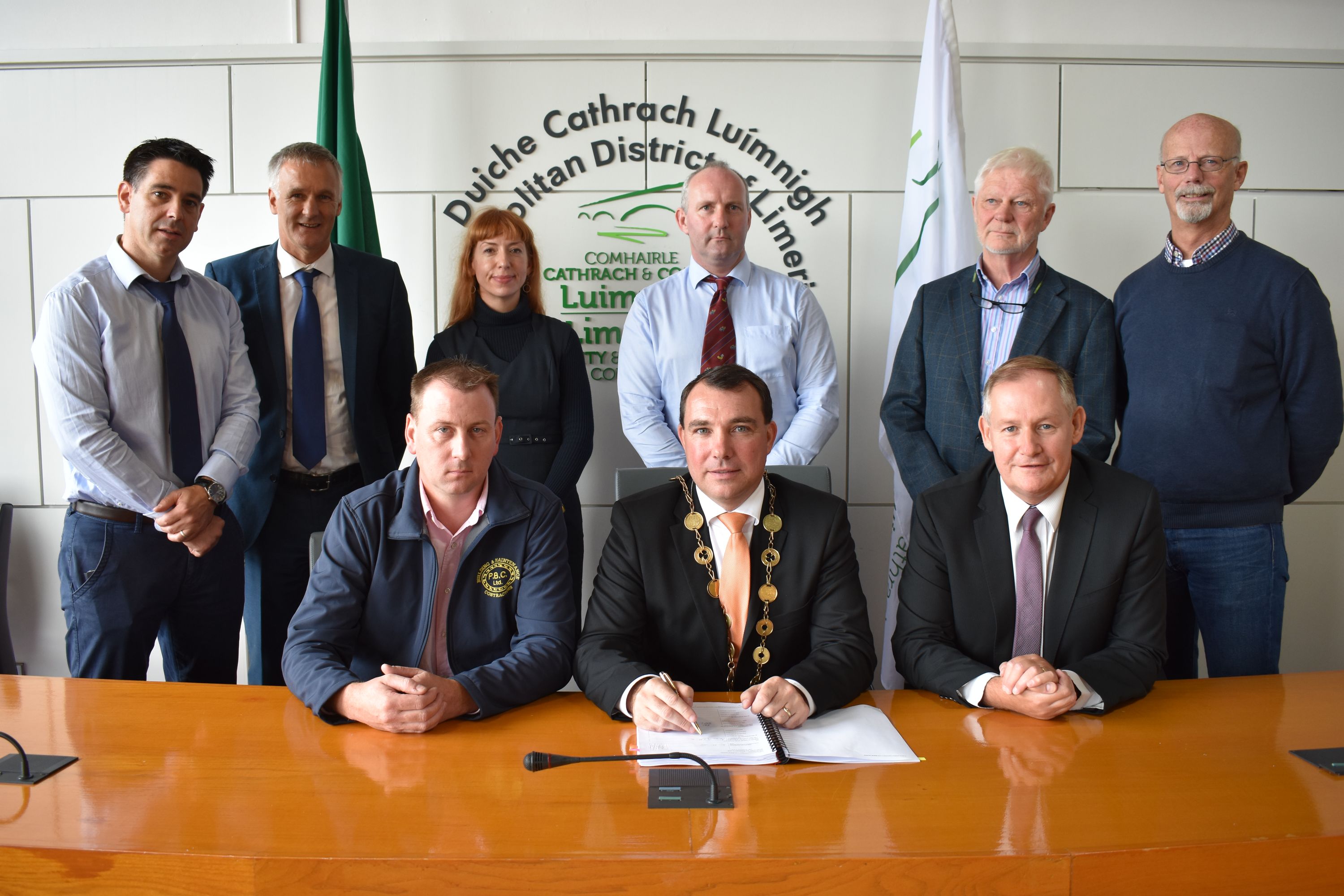 Limerick City and County Council has welcomed the decision by councillors from the Metropolitan District of Limerick to approve plans to build 102 new Limerick homes for families across Limerick.

Plans were debated by the councillors at today’s [Mon 17 Sep] monthly meeting of the Metropolitan District of Limerick via the Part 8 procedure.

The Part 8 procedure is followed when a development or project is being progressed by the Local Authority itself so planning permission is applied for under Part 8 of the Planning and Development Regulations 2001-2013.

Three of the four applications were agreed unanimously, while the fourth (Clonmacken) was passed 14 – 6 in favour.

This means 102 new homes will be built in Limerick as part of the council’s commitment to the Rebuilding Ireland programme.

Plans will now be advanced to the tender stage when Limerick City and County Council will put a call out to construction firms to build the homes.

The developments are distributed throughout the city reflecting an awareness by Limerick City and County Council to provide appropriate housing for families in areas where they have expressed a preference and create balanced mixed sustainable communities into the future.

The agreement to progress the 102 new Limerick homes comes just days after contracts were signed with construction firm PBC Building Contractors to start construction on a new seven home development on a long time vacant site at Kilmurry Court, Garryowen.

The seven homes comprise a mixture of one and two bedrooms

Work is due to begin later this month on the development, which is designed by local firm Healy Partners Architects and is expected to last around a year.

In addition to the Kilmurry Court development, work is progressing on the St Mary Park’s Infill project where 19 new homes are being built on vacant sites.

Since the beginning of the year, families have moved into 62 new homes delivered by Limerick City and County Council in Park View Row and Churchfield.