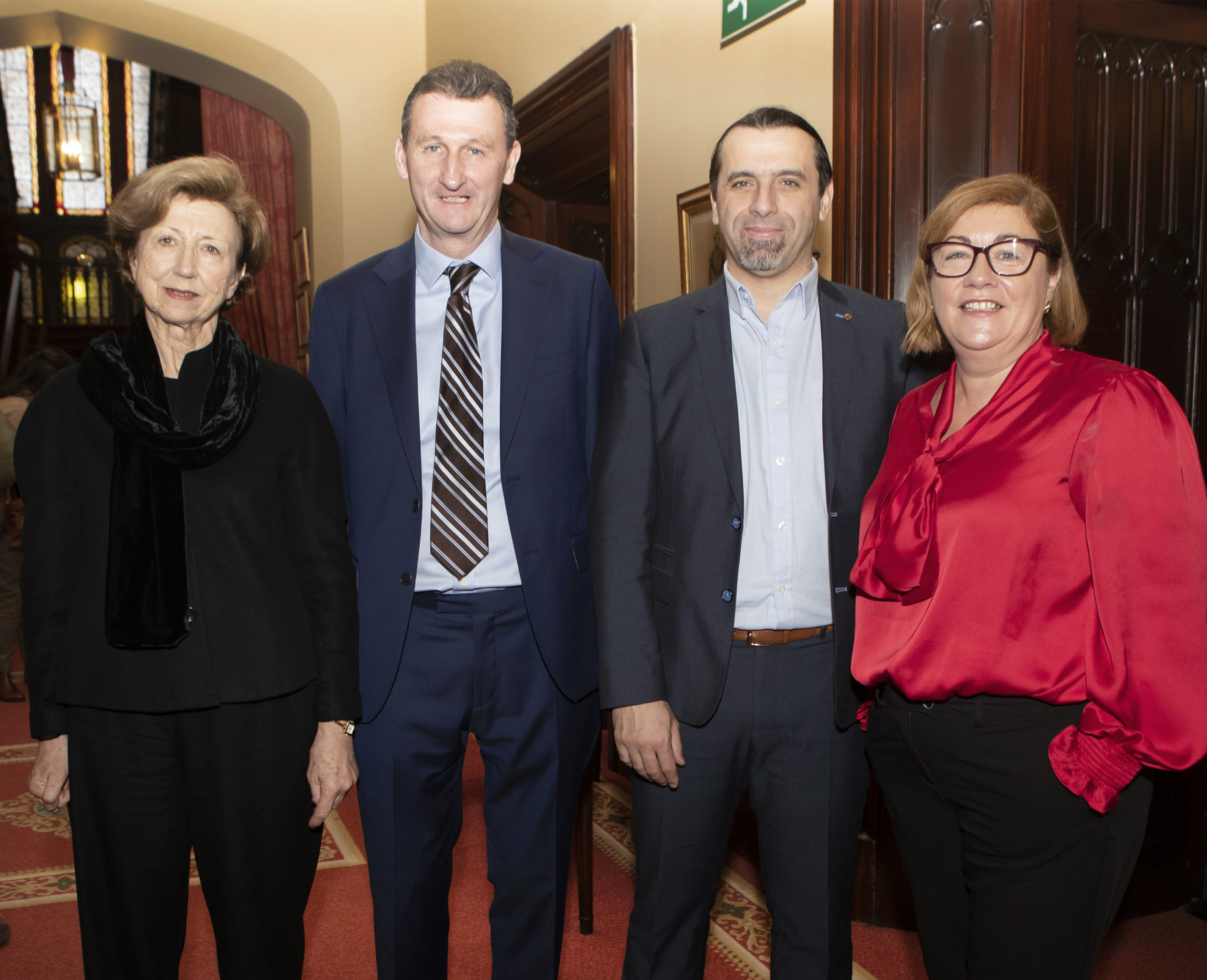 Professor Jim Deegan, of the National Centre for Tourism Policy Studies at the University of Limerick, told the conference this weekend that there is now a major shift in how tourism is now organised and delivered.

Ireland, like most countries, has benefitted from the growth of tourism. Arrivals numbers were 9.6 million in 2018 compared to 1.4 million arrivals in 1968.  A recent Government of Ireland release stressed that Ireland’s tourism targets for revenue (€5 billion) and visitor numbers (circa 10 million arrivals) had been reached “7 years early” and resultantly a new target of 11.6 million arrivals and a revenue target of €6.5 billion had been established.

Professor Duggan said, “The strong performance of tourism in Ireland and elsewhere has brought great economic benefits to many places (many of them disadvantaged regions) and of course the temptation to believe in ‘business as usual’, as evidenced by the international and Irish forecasts for future growth is understandable. Nonetheless, there is very good reason to believe that the driving forces of tourism are being significantly disrupted at present. Factors such as climate change, over-tourism, the disruptive force of new technologies and the growing evidence of an ‘Experience Economy’ mean that the operational model of tourism must change and resultantly the type of tourism policies we develop must respond.”

Other speakers this weekend includes Professor Alan Ahearne of the Whitaker Institute, NUI, Galway who spoke on the topic of “The Irish economy, a decade on from the crash, looking back, thinking ahead. Dr. Francis Ruane, Chair, National Competitiveness Centre will speak on the subject of “Ireland’s Competitiveness Performance and the Challenges Ahead.”

Speaking to industry leaders Professor Deegan said, “the challenge for tourism is to ‘decouple tourism growth’ from environmental impact. The best available estimates to date from United Nations World Tourism Organisation suggest that tourism is responsible for circa 5% of global CO2 emissions and the transport sector (aviation, plus car and rail) account for roughly 75% of this amount. Recent estimates suggest that aviation accounts for about 2% of global emissions, yet this figure obscures the broader impacts of air travel. Outside of transport, the main emissions are associated with hotels.

“In essence, understanding what certain sectors of the economy contribute economically and what commensurate emissions are associated with this activity will become a central feature of policy, across all Government departments. Until recently, tourism as a sector was generally regarded as being clean and benign for the environment but of course, the large emissions associated with transport and the energy use in hotels and other tourism businesses have now come under the spotlight.

“Secondly, the growth in tourism arrivals has recently come under scrutiny as a result of over-tourism in a number of locations (Venice, Barcelona, etc.). Although the number of places experiencing over-tourism is generally still low the consequences are so potentially severe that the destination can lose its appeal.”

According to Professor Deegan, the rapid pace of technological change has both caused and facilitated all new forms of tourism which are the backbone of what is now recognised as the “Experience Economy”.

“The course of economic history shows we have moved from an agrarian-based “extractive economy” (for example growing coffee) which was then industrialised (packaged coffee) and then the services component arrived with the serving of coffee in restaurants/ bars etc. We are now at the ‘experiential end’ whereby the product provides the ‘stage’ to deliver ‘customised experience’ along the lines of what we evidence at Starbucks.”

Going forward, the tourism sector will be increasingly dependent on the output from big data analytics to deliver the required experiences.

Dr. Guttentag said, “Airbnb has grown extremely rapidly since its launch just over one decade ago, and now has significantly more rooms than the top seven hotel companies combined. Airbnb is in direct competition with the hotel sector, despite claims from the company and from some hoteliers that the two business models attract separate clienteles.

“Airbnb is a divisive policy issue, as it provides valuable economic opportunity to some hosts, but also can cause negative community impacts. These impacts include removing housing supply for residents and decreasing residential quality of life (noise, trash, parking, etc.). Enforcing regulations limiting Airbnb renting is challenging, but recently cities have found increasing success in forcing Airbnb to cooperate in enforcing established limitations on its hosts.”

Failte Ireland’s Caeman Wall told the gathering that while tourism is cyclical, the long-term trend is upward.

“Our focus on seasonality is paying off; regionality is a longer-term bet. Success in our home market is vital for a more balanced form of regional growth. Tourism delivers €1.7 billion in exchequer revenue. It benefits parts of the economy that other sectors don’t reach.

For more news on the tourism industry click here