Home / Community / Limerick Strand 1916 “Everything but the Grunt” Inspired Dishes

By Richard Lynch on February 2, 2016@richanthon 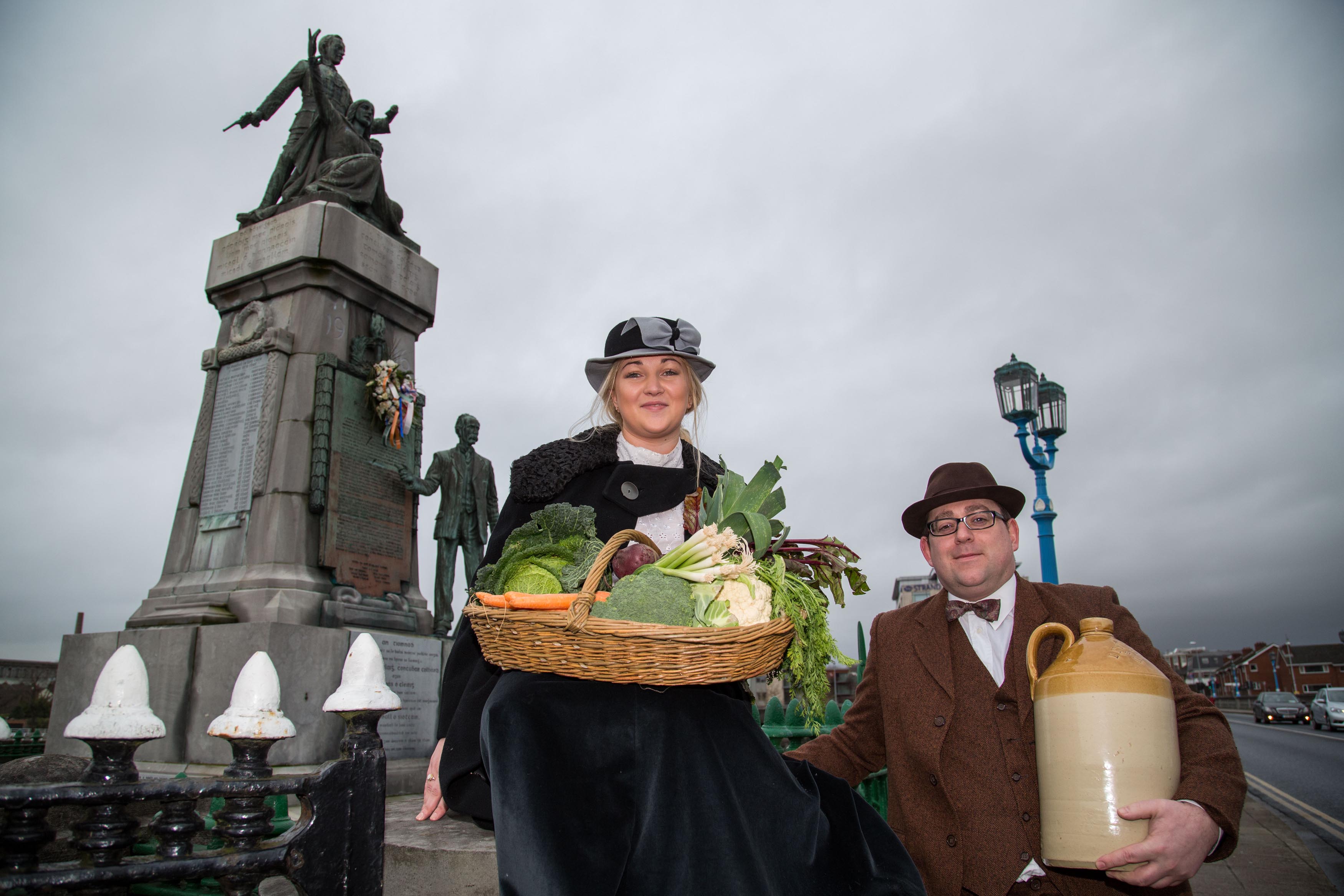 Limerick Strand 1916 Inspired Dishes have been launched, Executive Chef, Tom Flavin has researched local food history and is introducing  “Everything but the Grunt” dishes to his River Room Restaurant menu. Located a stone’s throw away from the 1916 memorial on Sarsfield Bridge, Limerick Strand is celebrating local food heritage using the best regional ingredients.

Irish traditional cuisine is based on the “waste not, want not” philosophy where peasant cuisine operated on a “nose to tail” basis. Tom through his research found that the humble pig was eaten in this fashion, as few ordinary Irish households had access to beef that was primarily a food for the upper classes – but many kept a pig and it is said that they ate every part of it except for the grunt!   During 1916 crubeens (pig trotters) and drisheen (a blood sausage) were all popular dishes and are still eaten in parts of the country, notably Limerick. Limerick is well known and famed for its bacon production with thousands of pigs slaughtered and processed weekly in the Limerick Bacon factories, which in the height of their production were the most consumed pork products in the British Isles. Irish people are still extremely fond of their fried breakfast, which always includes pork sausages, bacon rashers and black pudding (another type of blood sausage).

The killing of the pig was a ritual in which neighbours came together to complete the work, with everyone getting a parcel of meat to take home. In that way each time a pig was killed, several families had food. Since there was no refrigeration, what was not eaten fresh was cured or salted and hence bacon became a very important part of the Irish diet.

To celebrate the 1916 rising anniversary, Limerick Strand 1916 will introduce some inspired dishes from €9.95 using limerick bacon.  These dishes include: