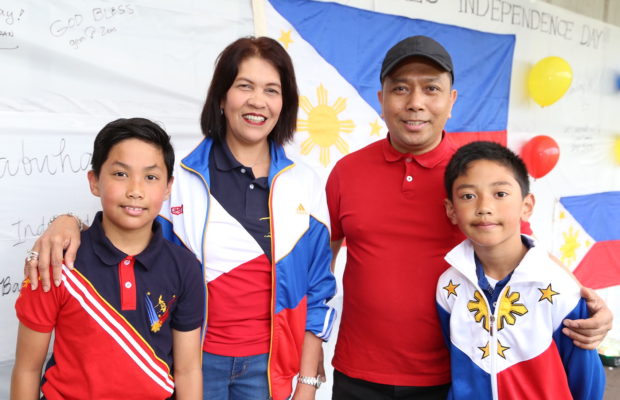 On Sunday, June 10, the Limerick Filipino Community celebrated the 120th Anniversary of the Philippine Independence Day with a 120th Independence Day celebration at Young Munster’s RFC Grounds and Club House in Greenfields. The occasion was marked by a day filled with family-friendly activities.

“The 120th Independence Day celebration was an afternoon of great fun; Singing, dancing and magic. We showcased some Filipino street games to give the young generation a chance to experience playing them”.

The 120th Independence Day celebration kicked off with a Eucharistic Mass, beginning at 1 pm, which was then followed by a number of family-friendly activities, which included a number of classic Filipino games. Attendees celebrated with a potluck of classic Filipino dishes and marked the occasion by wearing the colours of the Philippine national flag – red, blue and yellow.

The Limerick Filipino Community is a non-profit organisation, established to serve Filipinos living in Limerick. It aims to make Filipinos more visible and acts as a common platform to address issues relating to access to education, employment and immigration status.

For more information on the Limerick Filipino Community, go here.

For more stories on the Limerick Filipino Community, go here.