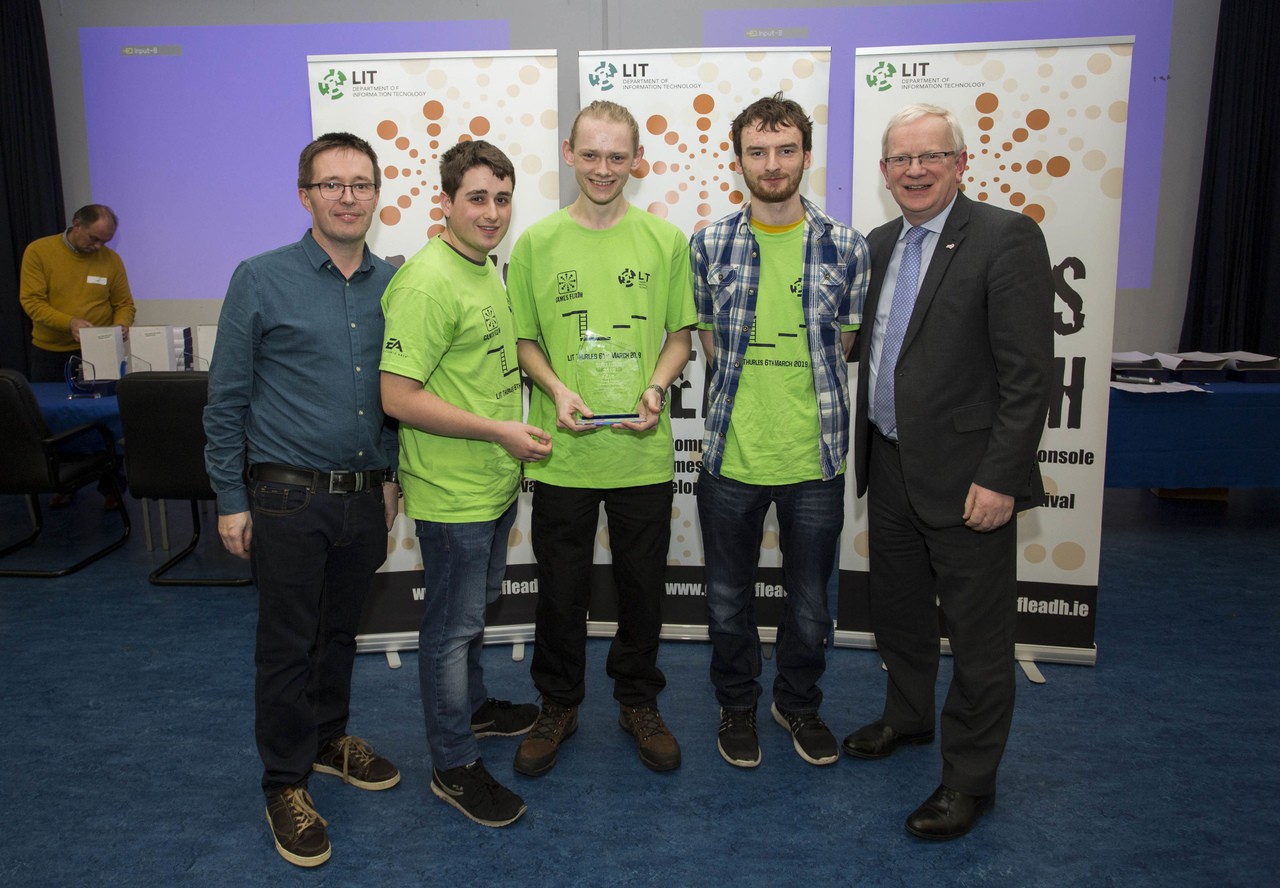 Visitor numbers and game quality were at an all-time high at the 16th All Ireland Games Fleadh, held in LIT, Thurles Campus on Thursday, March 6, 2019.

More than 400 software developers and game enthusiasts attended the day long event that showcased the best of the third level game development community, who competed to win the two overall prizes and 20 category prizes.

In a year when the judges commented on the huge increase in the standard and quality of the games entered, a team of four from TU Dublin were declared winners of the “Best Game built using a Game Engine”; while the team of six from Carlow IT won the equally prestigious “Best Game built using Software Libraries” competition.

Games Fleadh 2019 Organiser and Game Design & Development Degree Lecturer at LIT Dr Liam Noonan said, “Games Fleadh has been growing year on year and is now so much more than a competition that demonstrates the talent and ability of third level student game developers from all over Ireland. With the ongoing support of international companies such as Microsoft, EA and First Data, Games Fleadh offers students the unique opportunity to demonstrate their games to industry veterans and gain valuable feedback on their creations. The talks and demonstration also provide a rare insight into the 138 billion dollar gaming industry.”

Dr Janice O’Connell Head of Dept of Information Technology at LIT said “The Games Fleadh is a fantastic event which brings together multiple dimensions of IT. It highlights the wonderful career opportunities in IT and brings together industry, academia, current students, future students and the creativity and imagination of Games. The IT programmes we offer in LIT are state of art, industry-led and provide a foundation for students for launching their career in future tech.”