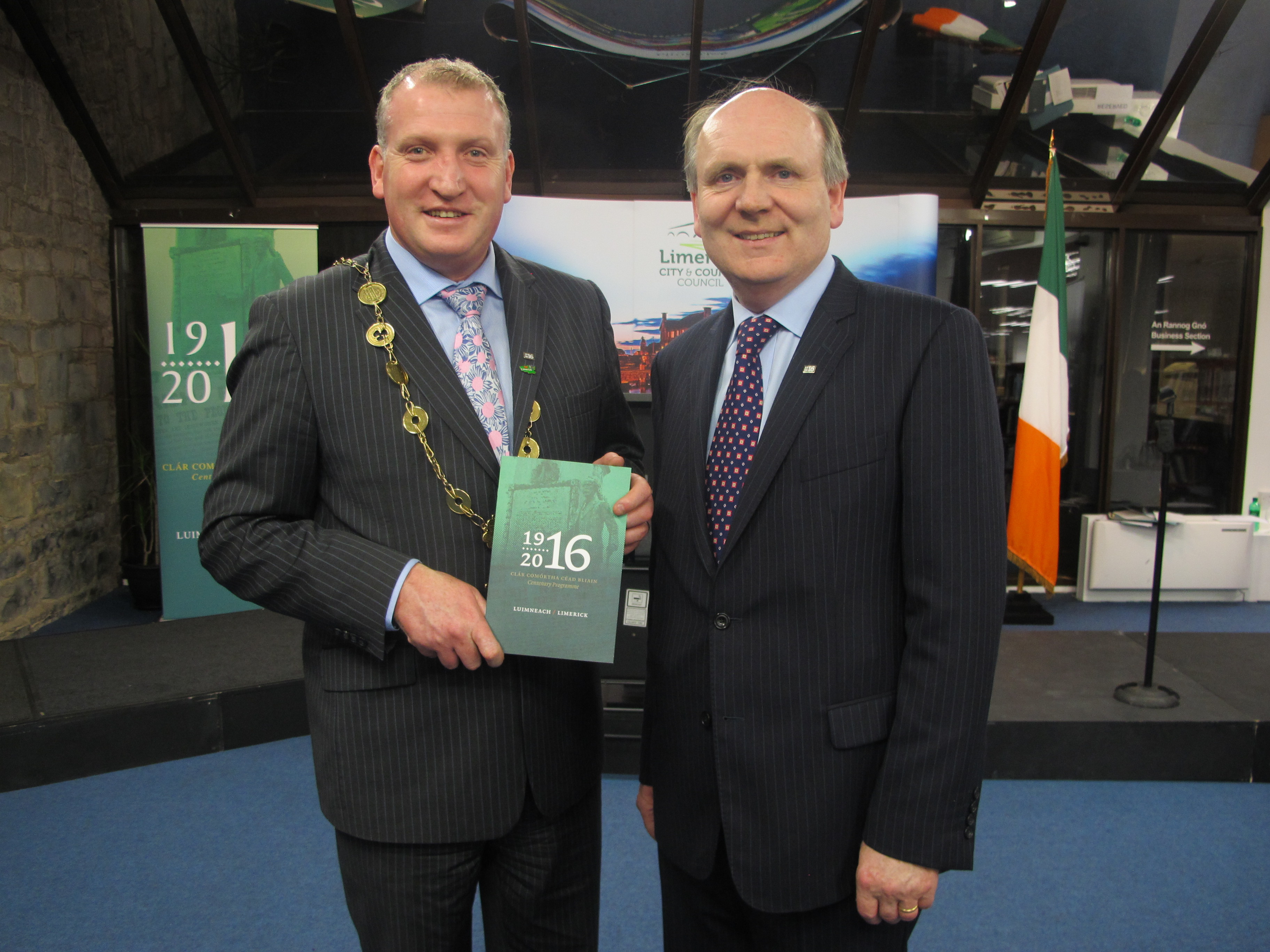 The 1916 centenary programme was launched this past Monday night the 7th December by Cllr Liam Galvin Mayor of Limerick city and county. The launch took place in the Granary Library, Michael Street, Limerick. The programme sees an amazing line up of events set to take place next year to commemorate the 100 year anniversary of the landmark event in our history that was the Easter 1916 Rising.

The programme was led by Limerick City and County Council and under the guidance of the the local 1916 Co-ordinator. Interested local groups, organisation and individuals took part in the planning and implementation of this programme, if it was not for the hours of planning and dedication given by the local people involved the programme would not be the success it is expected to be.

Michael O’Reilly, who was involved in planning this coming years’ events, said that he expects the events at local and national level to have massive support and that there are even strong signs of people making trips home.

Cllr Liam Galvin, Mayor of Limerick City and County, also expects there to major support from the community in these events. “It’s all about the public” he stated as he explained that people sent in their own ideas for the programme. Mayor Galvin and the others that worked together onplanning the events then picked out what they thought would be accepted by the department. When asked what he enjoyed most about the lead up to this event attending the primary schools with Irish flags was definitely his favourite, “it was wonderful to see young boys and girls singing Amhrán na bhFiann, gaining interest in the irish flag and interest in the 1916 rising”. He then went on to say, “If we gain nothing else, the young people across the city and county are after learning the history of the 1916 rising and that is wonderful”.

Some of the events planned: