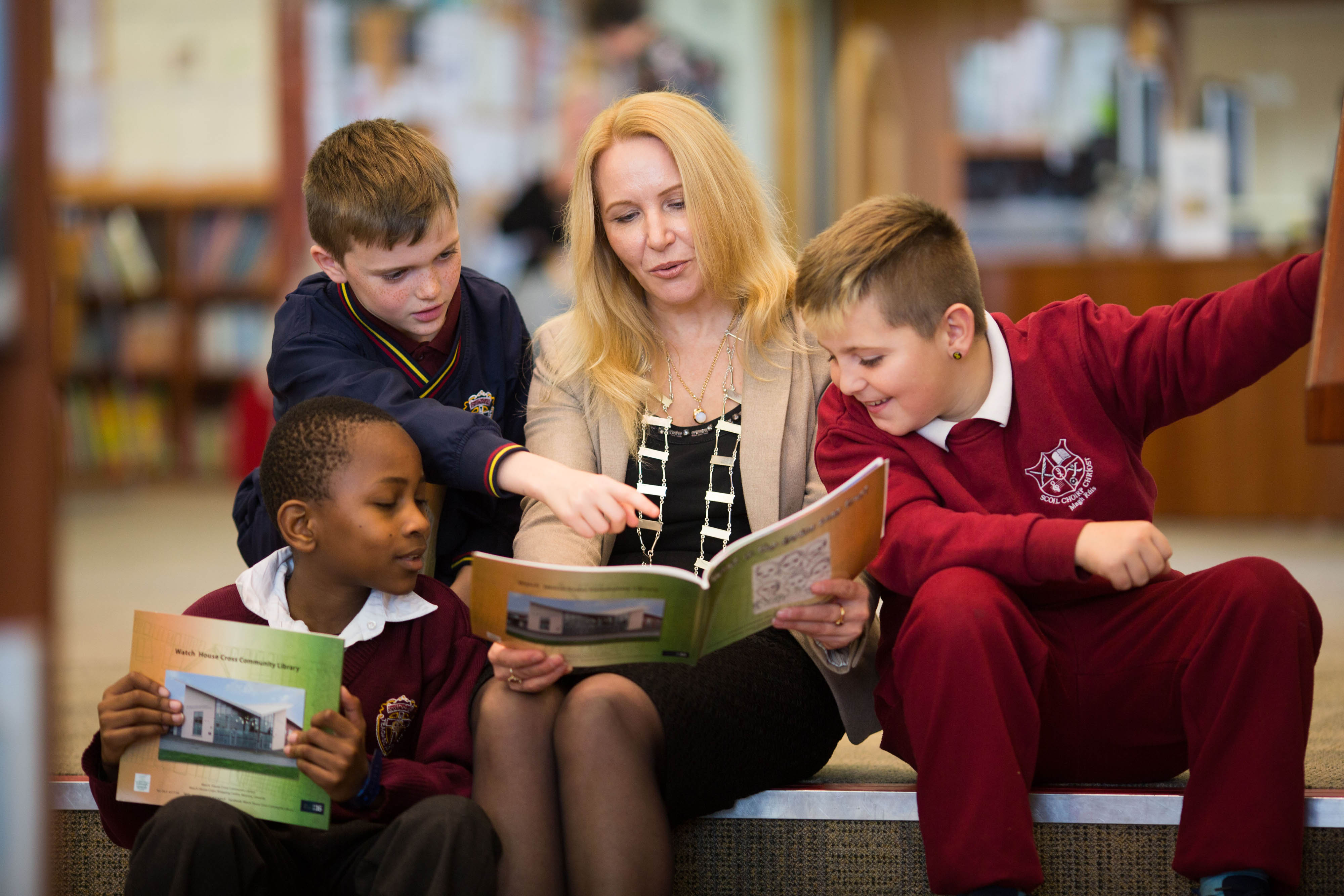 A fascinating view of the 1916 Easter Rising seen through the eyes of nine to 12-year-old children from Limerick is the subject of a new book being launched.

The 1916 Rising book is a compilation of wonderful poems, pictures, and diary entries created by the children following their visit to a photographic exhibition on the 1916 Easter Rising organized by Watch House Cross Library in Limerick.

More than 300 children from Corpus Christi Primary School; Scoil Chríost Rí, Caherdavin Boys NS; John F. Kennedy Memorial School; Scoil Mhuire, Meelick NS and Salesian Primary School attended the exhibition.  On concluding the tour, the children were encouraged to reflect on what they had seen and heard, and to write a poem or diary entry, or draw a picture, inspired by one of the images.

The 1916 rising book is a collection of their work, capturing their responses to the photographs that they viewed and their impressions of the stories behind them.  Their work allows us to view the events of Easter 1916 through the eyes of a child.  Yet it also represents the continuing capacity of our national story to speak to all ages and its enduring power to inspire.

In this sense, Padraig Pearse’s dream has come true.

Mayor of the City and County of Limerick, Cllr Kieran O’Hanlon said “Limerick City and County Council put together a programme of over 50 events for the 2016 commemoration.  Our programme has been supplemented by a variety of independent initiatives such as the schools’ project represented by this book.  The participation of our children and young people in the centenary commemoration of 1916 has been amazing.  The wonderful poems, pictures, and diary entries presented in its pages illustrate the extent to which the events of Easter Week 1916 have captured their imaginations and I hope that their engagement in the centenary commemoration will help them to better understand their country’s rich and complex history.”

A fascinating view of the 1916 Easter Rising seen through the eyes of nine to twelve year-old children from Limerick is the subject of a new book being launched at Watch House Cross Community Library. Picture: Sean Curtin True Media.

Patricia Cusack, Executive Librarian at Watch House Cross Community Library said: “The 1916 Rising was, in many respects, the pivotal event in Ireland’s recent history and we felt compelled to play our part in the commemoration of its centenary.  So we were fortunate and indeed privileged, to be offered the opportunity to host Revolution: a Photographic History of Revolutionary Ireland, 1913-1923, an exhibition of photographs drawn from the book of the same name by Dr. Pádraig Ó’Ruairc.”

“The exhibition, which includes a series of images relating to 1916, was opened by Dr. Ó’Ruairc on the 24th of March, and in the weeks that followed third, fourth, fifth, and sixth classes from our local primary schools were invited to attend for a guided tour.  This book is the culmination of all the hard work carried out by the library, schools and most importantly the children themselves.”

Read more about the 1916 Rising here.