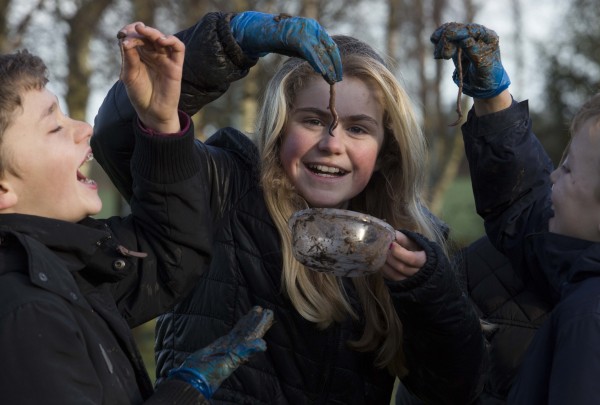 January 2016 has already got off to a flying start with over 4,500 fourth, fifth and sixth class students from across the country attending the RDS Primary Science Fairs held in Dublin and, for the first time ever, in Limerick.

Commenting in advance of the Limerick Fair Michael Duffy, CEO of the RDS said: “The appetite for the RDS Primary Science Fair grows every year, demonstrating primary school teachers’ desire for innovative methods of teaching science in the classroom, but also the fun that children get out of participation. The move to Limerick is the first of a national expansion that the RDS intend to roll out over the next few years and we know that the schools and people of Munster will help make it a great success.”

The RDS Primary Science Fair is part of the RDS Science and Technology programme which aims to encourage the development of science and mathematical skills in primary school aged children by fostering education innovation and is part of a suite of RDS work programmes that aim to enrich Ireland culturally and economically.

The Limerick Fair will feature an exciting educational entertainment programme for children, families and teachers including large-scale science shows and interactive exhibits in a unique venue. The exhibitions, taking place in Tailteann, MIC, will look at various topics such as St Conaire’s NS, Shannon presentation on How does air quality in Shannon compare to air quality in rural Clare? While pupils from Gaelscoil de hÍde, Mainistir Fhearmaí, Co. Corkexamine the possibility of charging of mobile phones with fruits and vegetables!

Programme highlights include The Gravity Go-Cart Showdown comprising of engineering workshops where students will be divided into teams of four and be challenged to design and build a go-cart that is pulled by the force of gravity; Fun Science Experiments Shows, where those involved learn through participation and fun about air and sound, visual puzzles, density and oil and water, explosions and gases and a Science Show by Science Irelandwhere you can discover the science behind rockets and air cannons.

Full programme available to view here and tickets available here.
Further details by RDS can be found here.
You can follow Mary Immaculate College on Facebook and Twitter
For more related stories you can click here