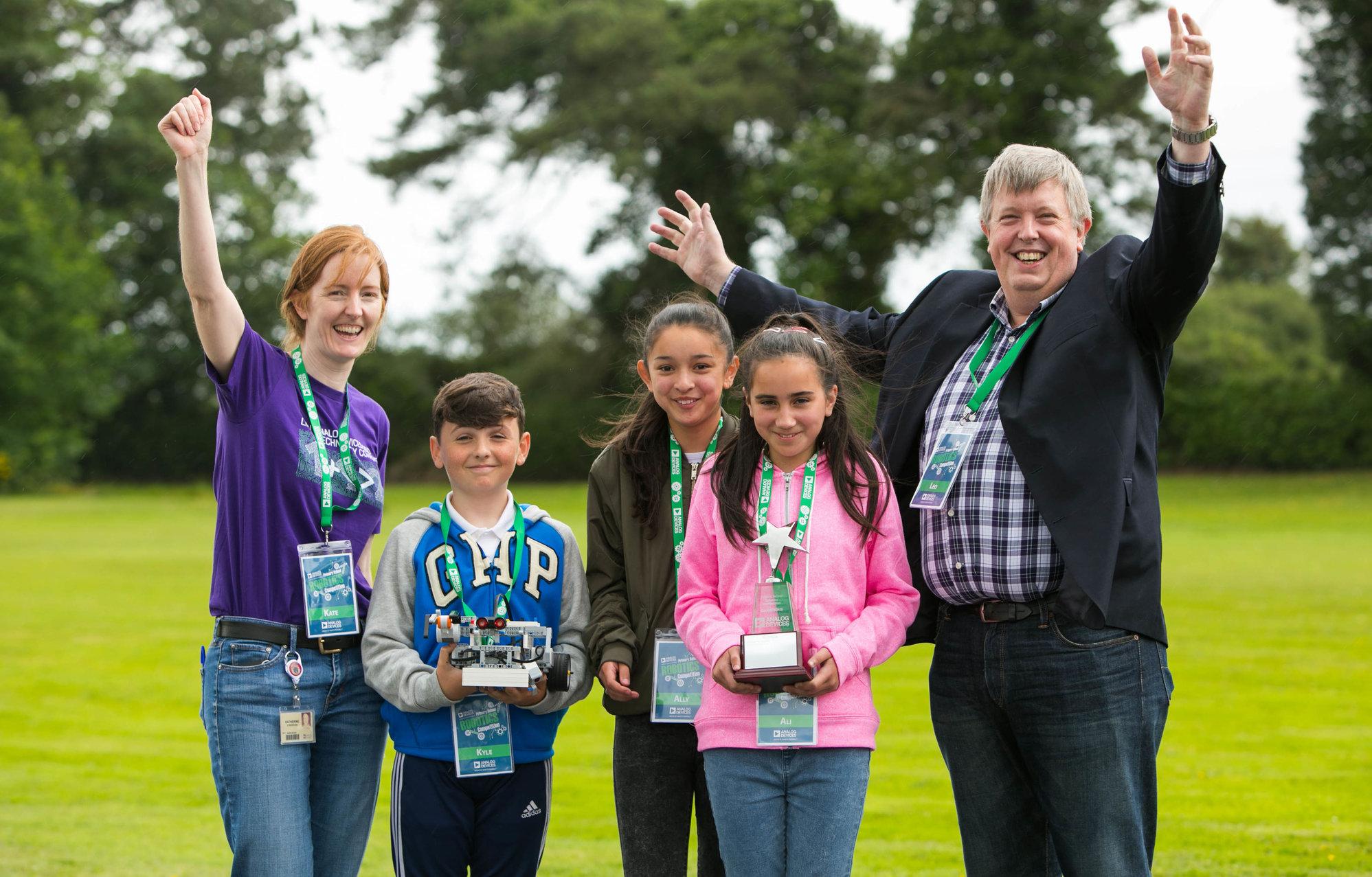 Over 60 primary school students pitted their Robotic creations against each other at the 2017 Analog Devices Primary School Robotics Champions competition which took place in Limerick this weekend.

Teams from 20 schools across Limerick city and county participated in the day-long competition which was organised by Analog Devices for the third year in a row.

The aim of the competition is to promote Science, Technology, Engineering and Mathematics (STEM) amongst primary schools students by encouraging and promoting teamwork, robot design/innovation and learning STEM principles in a fun environment. Each year, a new game objective is created that tests the teams in terms of teamwork and creative and innovative design.

Working in teams of 3 or 4, the students first participated in an Advanced Robotics Workshop during which they designed and built their own innovative robots for a sumo wrestling style competition.

From 1.30pm, the teams pitted their robots against each other in a series of tense and exciting elimination rounds. Parents, family and friends were all in attendance to support the students during the highly competitive finale.

Teams were given points based on teamwork, robot design & innovation and how they finished in the competition. At the end of the Final, the highest placed team was crowned the overall winners.

Announcing the winners, Leo McHugh, Vice President of Instrumentation Products for Analog Devices, said, “It was great to see so many school children excited about building robots. This competition helps demonstrate the importance of collaboration and teamwork to accomplish goals, along with the creativity and innovation needed to really differentiate.”

He continued: “This is true in any development process, whether it be the students’ robotics challenge or full system solutions at companies such as Analog Devices. I hope the skills they have learned today and the enjoyment from utilising those skills will encourage them to explore all things science, technology, engineering and maths related.”

The first stage of the competition started in April when Analog Devices launched the Primary school Robotics initiative for the third year in a row.  Open to primary schools in the Limerick city/county region, 20 schools successfully registered for a place in the competition.

A full day workshop in robotics targeted at 10-12-year-olds was held in each of the twenty schools during May. Each workshop trained up to 30 students in the basics of robotics and each student, working in teams, got to design, build & test their own robot.

The workshops were hosted by Colmac Robotics, on behalf of Analog Devices. Each team had to build a robot, using Lego Mindstorms technology and compete against each other for the school prize and to represent their school in the 2017 Analog Devices Primary Schools Robotics Final Competition on 10 June 2017.