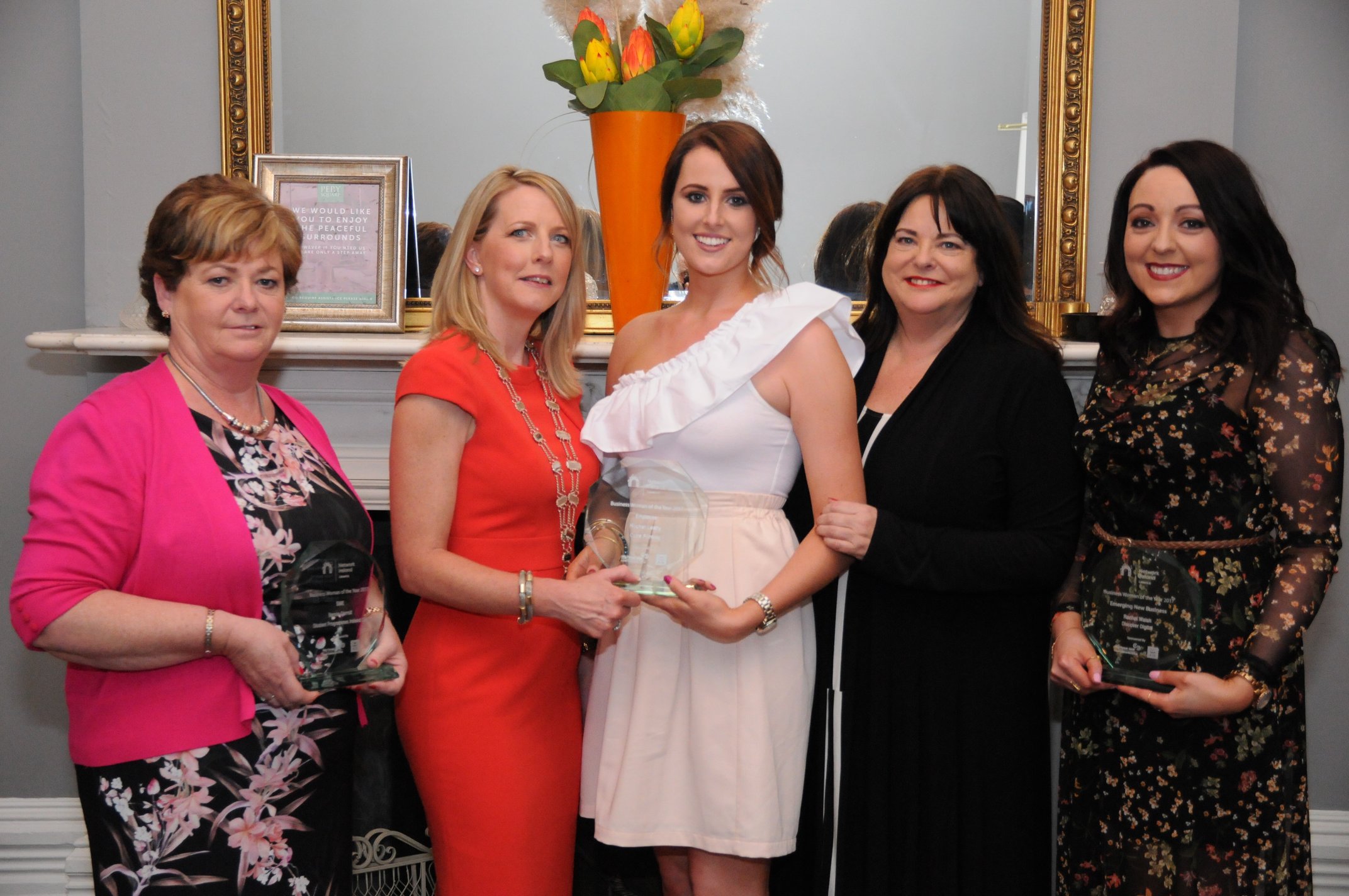 The winners of the 2017 Network Ireland Limerick Business Women of the Year Awards, sponsored by LEO Limerick and AIB, were announced at a special awards evening on Wednesday, May 10 at No.1 Pery Square.  13 finalists were competing across four categories.

The winners of each award category will now go on to the national finals for Network Ireland which will be announced at a Gala Ceremony in October in Druids Glen, Wicklow.

The 13 finalists, representing a broad range of businesses, were joined by their family, friends and fellow members at the glamorous awards ceremony.  Also in attendance were the judges; Dr Michele O’Dwyer, KBS UL, Mary Liston, AIB and Heather Supple O’Doherty, LEO Limerick, along with Becci Harrison, National President of Network Ireland.

The Awards night was opened by special guest speaker Shauna Keogh, an Emmy nominated film producer and director of docu-drama series.  She shared her success story to date and gave support to the finalists noting “Take risks. There are times when you doubt yourself but have belief and make sure you have the right people around you.”

Speaking at the 2017 Network Ireland Limerick Business Women of the Year Awards ceremony, Edwina Gore, President of Network Ireland Limerick said, “Throughout the year we support the personal and professional development of our members so it’s great to have an opportunity to recognise their achievements, ambition and professionalism. Our network is growing rapidly and it’s fantastic to see such a wide variety of businesses represented.  I hope our winners and finalists really benefit from the recognition they are receiving by being part of these awards. I would like to especially thank the support of our sponsors, LEO Limerick and AIB, and judges who made this fantastic evening possible.”