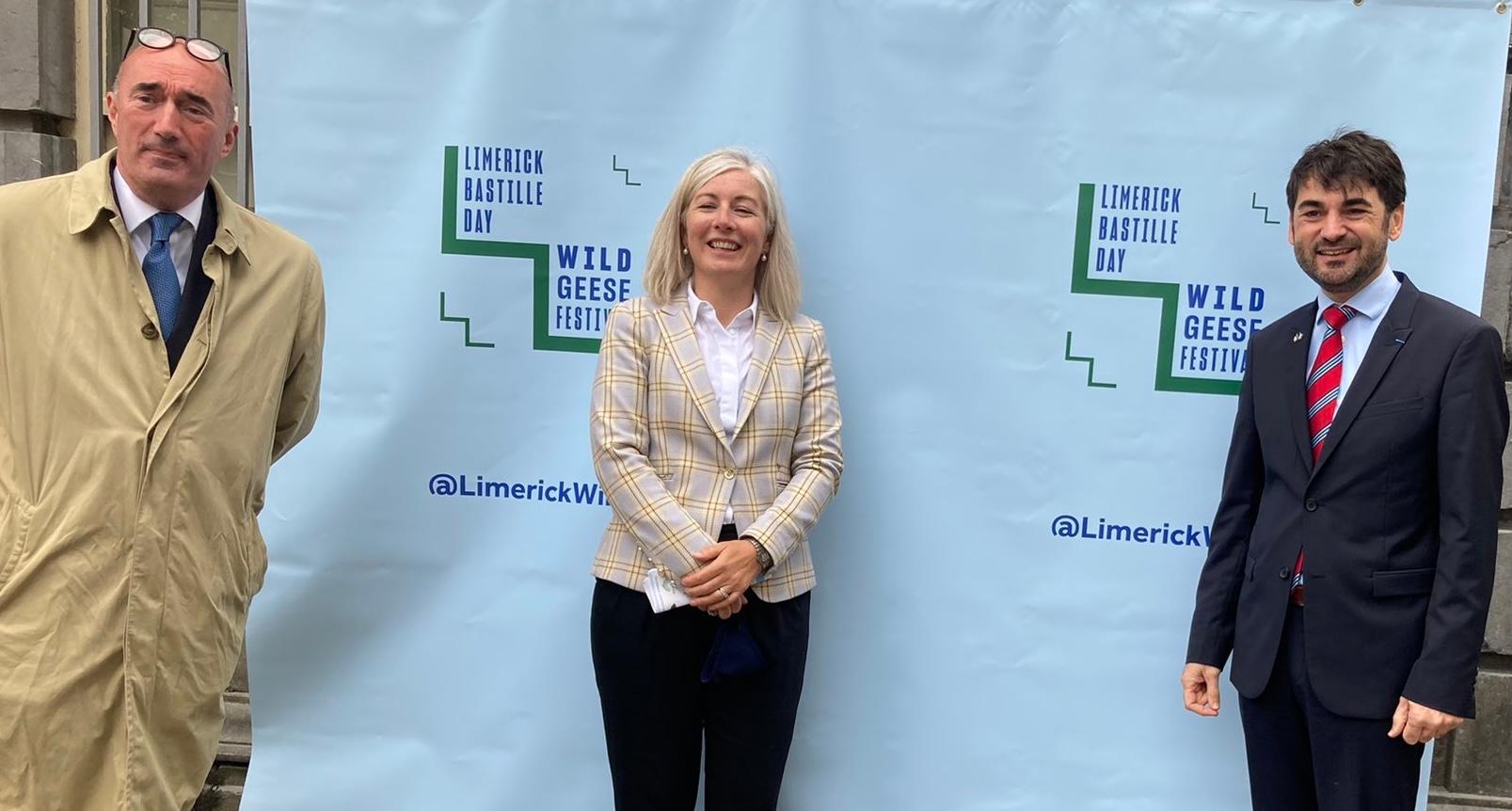 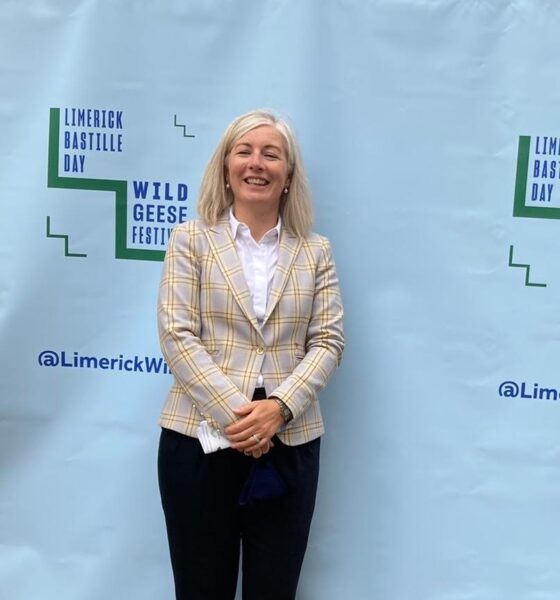 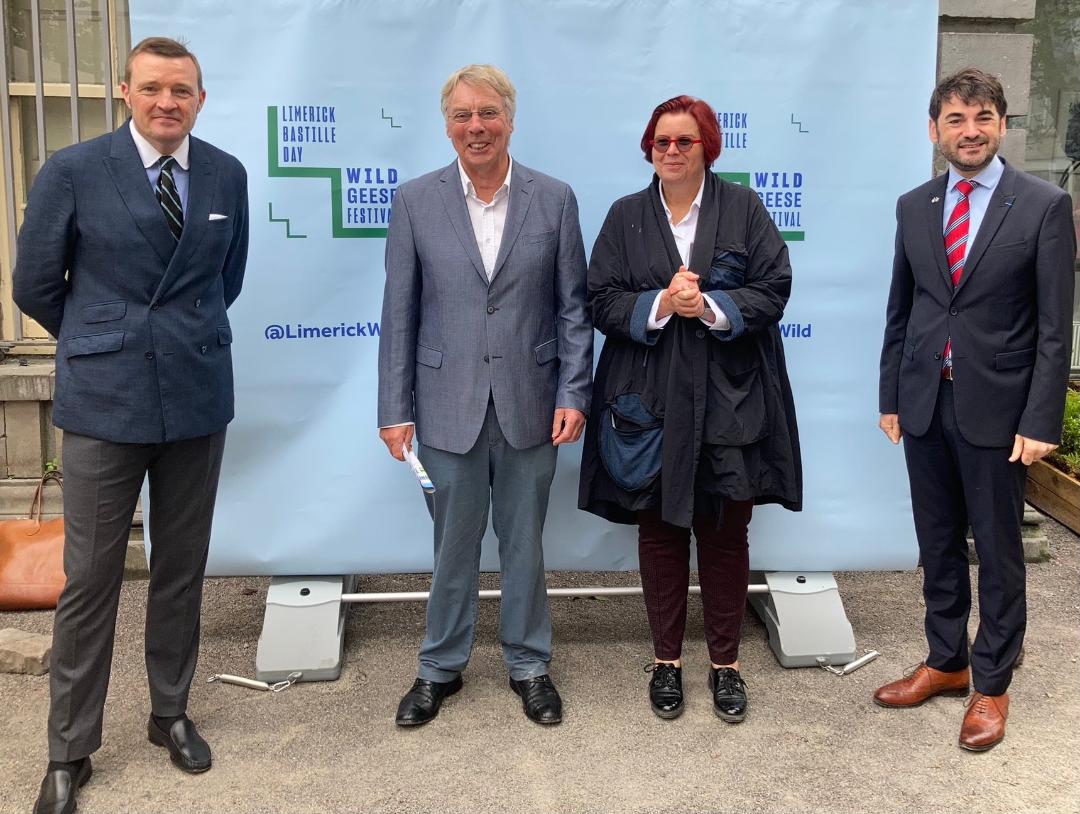 Launched in 2019, Limerick’s new annual summer festival takes place every July on the weekend closest to Bastille Day, the French national day. It commemorates the Flight of the Wild Geese and celebrates the long-lasting friendship between Ireland and France.

For this year’s edition, which will mark the 330th anniversary of the Treaty of Limerick and which will be the first major cultural event to take place in the city since the beginning of the pandemic, the organisers have put together an exciting programme of events which will take place over three days, on Friday 9, Saturday 10 and Sunday 11 July.

On the Friday afternoon, the festival will be launched at the Milk Market with a mini-market and a free gig by Clare-based band Los Paddys (who rebranded themselves Les Paddys for the occasion and will put a French touch to their repertoire). The event will be followed in the evening by the inauguration of the Wild Geese Museum in the old Saint Munchin’s church on King’s Island, a project jointly supported by the Limerick Civic Trust, the Limerick Museum and the French Embassy in Ireland.

On Saturday 10, a Living History Camp will be set up in the new gardens of the Hunt Museum by reenactors from En Garde, the Franco-Irish Historical Society, who will bring back to life Napoleon Bonaparte’s famous Irish Legion. There will also be musical performances from the Limerick School of Music and from the Saint Mary’s Prize Band and a Boules tournament, as well as a few surprises and an opportunity to do a guided walking tour of the city centre with local historian Dr Paul O’Brien. A public talk by Dr Harman Murtagh, an expert on the Wild Geese, will take place at the People’s Museum later that day.

Some photos of today’s 2021 festival programme launch! Great turn out! Thank you all and thanks to our host @HuntMuseum and to @ThomasFialon for the delicious pastries 🙏🏻 1/2 https://t.co/jsLajWOnLr pic.twitter.com/0s1g2isMEo

On Sunday 11, the Limerick Cycling Club will take experienced cyclists on a tour following the itinerary of Patrick Sarsfield’s ride to Ballyneety in 1690. Later that morning, a plaque in honour of the women of Limerick who 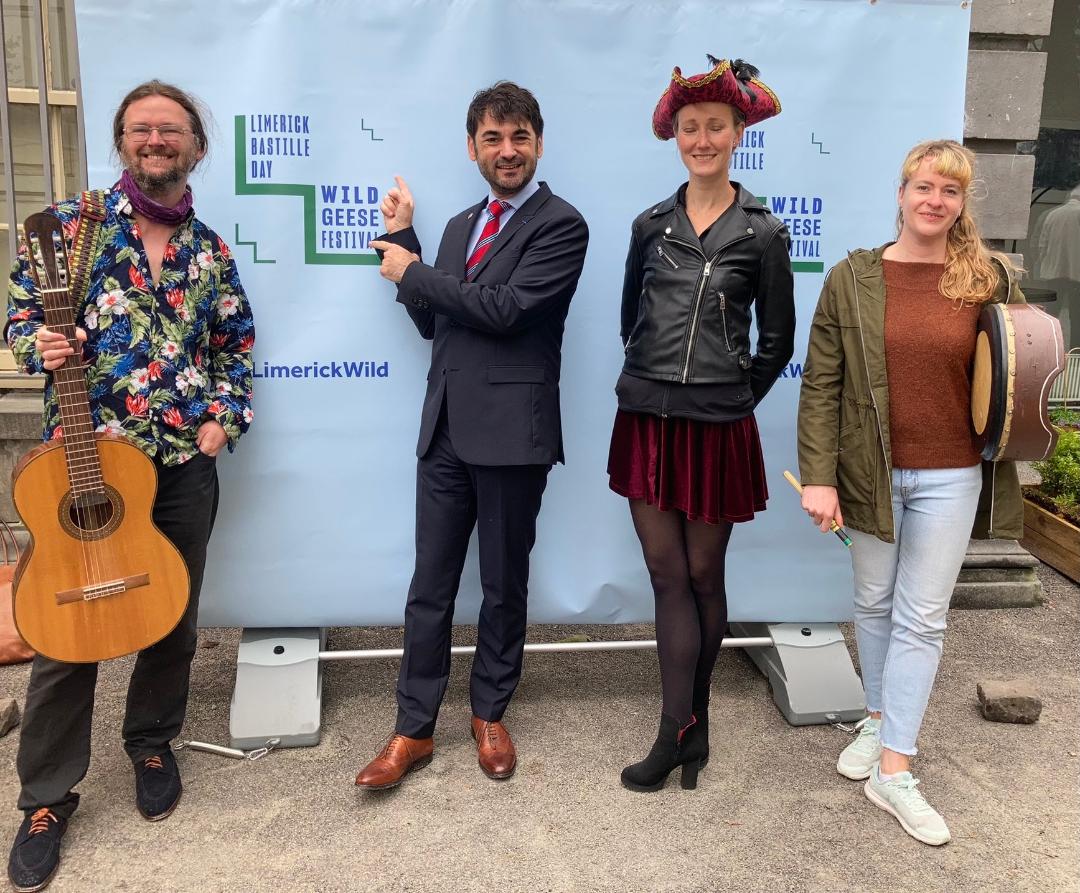 fought so bravely during the siege of 1690 will be unveiled in Irish Town by His Excellency Vincent Guérend, Ambassador of France to Ireland, and former Mayor of Limerick Kathleen Leddin. The festival will culminate on the Sunday afternoon with an event at King John’s Castle including a parade of veteran associations, a flag raising ceremony supported by the Defence Forces, a specially commissioned suite of music and dance (composed by Dr Francis Ward and choregraphed by Scoil Uí Ruairc), a gun salute by reenactors from En Garde and an afternoon tea with DJs and animations for all the family. This year’s edition of the festival will conclude with a gandalow mini-regatta on the Abbey River symbolizing the departure of the Wild Geese and organised by the Ilen Marine School.

Commenting on this year’s festival edition, Honorary Consul of France Dr Loïc Guyon said: “Organising a festival of this magnitude is never easy but organising it in the midst of a pandemic has been a tremendous challenge. This would not have been possible without the support of my co-organiser, Mr David O’Brien, CEO of the Limerick Civic Trust, and of all the volunteers who joined our organising committee last October and to whom I wish to express my gratitude. I also wish to thank the Limerick City & County Council, as well as our official sponsors (Heavy Technology, UL, O’Briens Wines and Château Kirwan) and all our other generous supporters for giving us the means to bring some much needed fun and artistic and cultural relief to the people of Limerick and to visitors from elsewhere after what we have all been through”.

Ms Patricia Roberts, Chairperson of the Limerick Civic Trust added, “This is a wonderful event and not only marks the 330th anniversary of the siege of Limerick but it also comes as one of the very first public events in Limerick, following a long and protracted lockdown so it is double the celebration. I would like to thank everyone who has taken part in making this event happen and a special heartfelt thank you needs to go to our very dear colleague Loic Guyon, without whom we would not be here today. To all our sponsors and supporters a massive thank you for the vote of confidence, your role in helping these events must never be underestimated, thank you ”.

All events will be free but, due to the pandemic, numbers of attendees will be strictly limited. In compliance with recently published guidelines from Fáilte Ireland and the Arts Council, pre- booking via Eventbrite will be required for most of the events and crowd-control measures will be put in place. Online ticket booking will open 3 days before each event’s starting time.