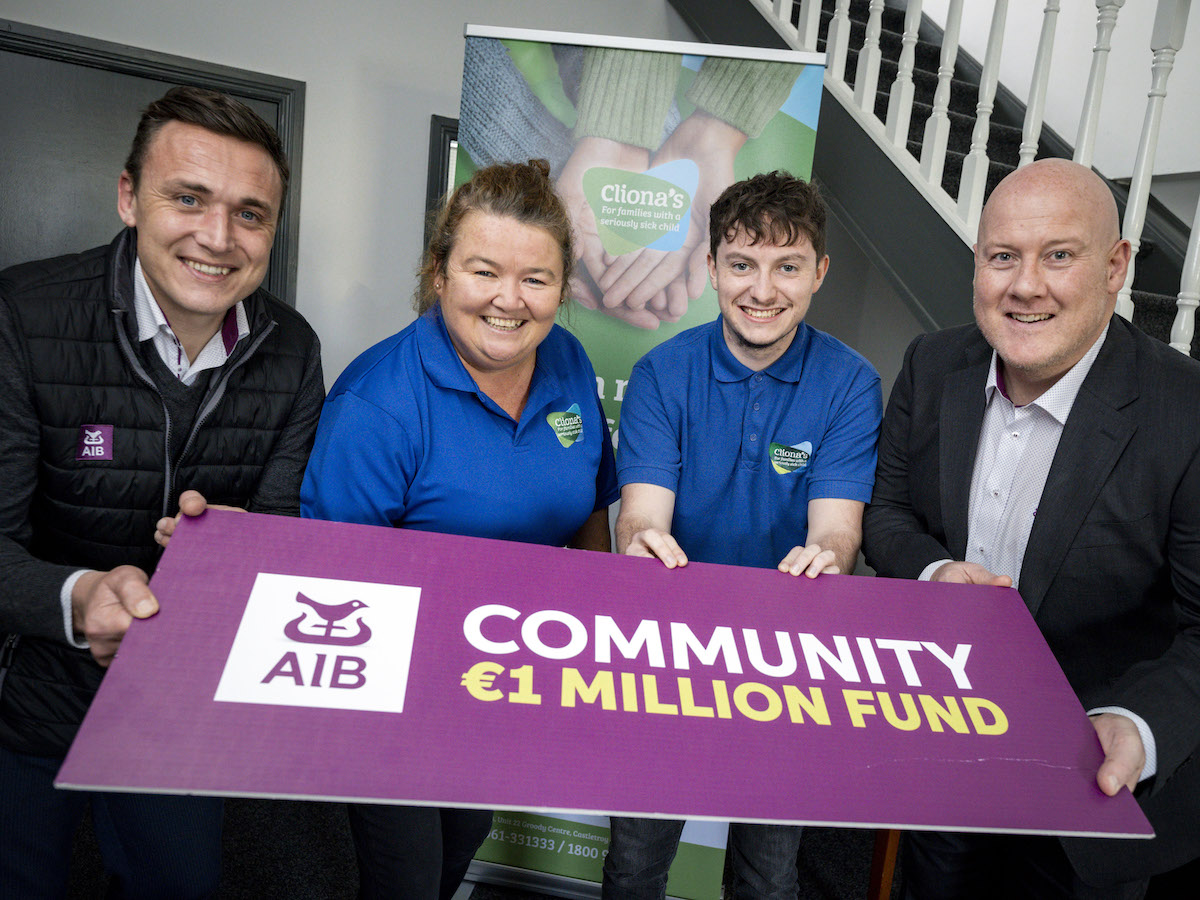 Cliona’s were one of the top six nominations in Munster

Limerick based charity Cliona’s Foundation have been awarded €34,500 from the 2022 AIB Community Fund which in total is worth €1 Million.

The annual 2022 AIB Community Fund, which launched earlier this year, will see over 70 charities all over Ireland receive funding as part of the initiative with Cliona’s Foundation being chosen as one.

Having been nominated by AIB customers, staff and the public, Cliona’s were one of the top six nominations in Munster and will receive €34,500 from the fund in 2022.

Earlier this year, AIB launched the first €1 Million Community Fund and asked its staff, customers and the wider public to nominate registered charities that connect with causes that matter most to them and their communities. The charities which received the most nominations in each of the five regions (Connaught, Munster, Ulster (RoI), Leinster and Greater Dublin) received funding.

On being nominated, Brendan Ring CEO of Cliona’s said, “We are absolutely delighted to have been one of the top nominated charities in Munster for the 2022 AIB Community fund and more so because it was our local community and supporters that nominated us. This is recognition and acknowledgement of the significant financial pressure that families caring for a seriously sick child are under, the need for support and the impact of the support that they receive from Cliona’s. We have provided support to over 1,000 families all over Ireland since 2008, and 450 of these are in Munster.  This year to date cheques have been sent out to 133 families and we expect this figure to reach 200 before the year ends. The cost of living crisis has further compounded these families struggle but these monies will help support approx. another 13 families this year.  We really want to thank  AIB for making this fund available but a very special thank you to everyone who voted for us. You are making a real difference to families in need in your community.”

Cliona’s Foundation expects at least 200 families will apply for financial assistance this year and will need to raise a minimum of €500,000 to meet these applications.