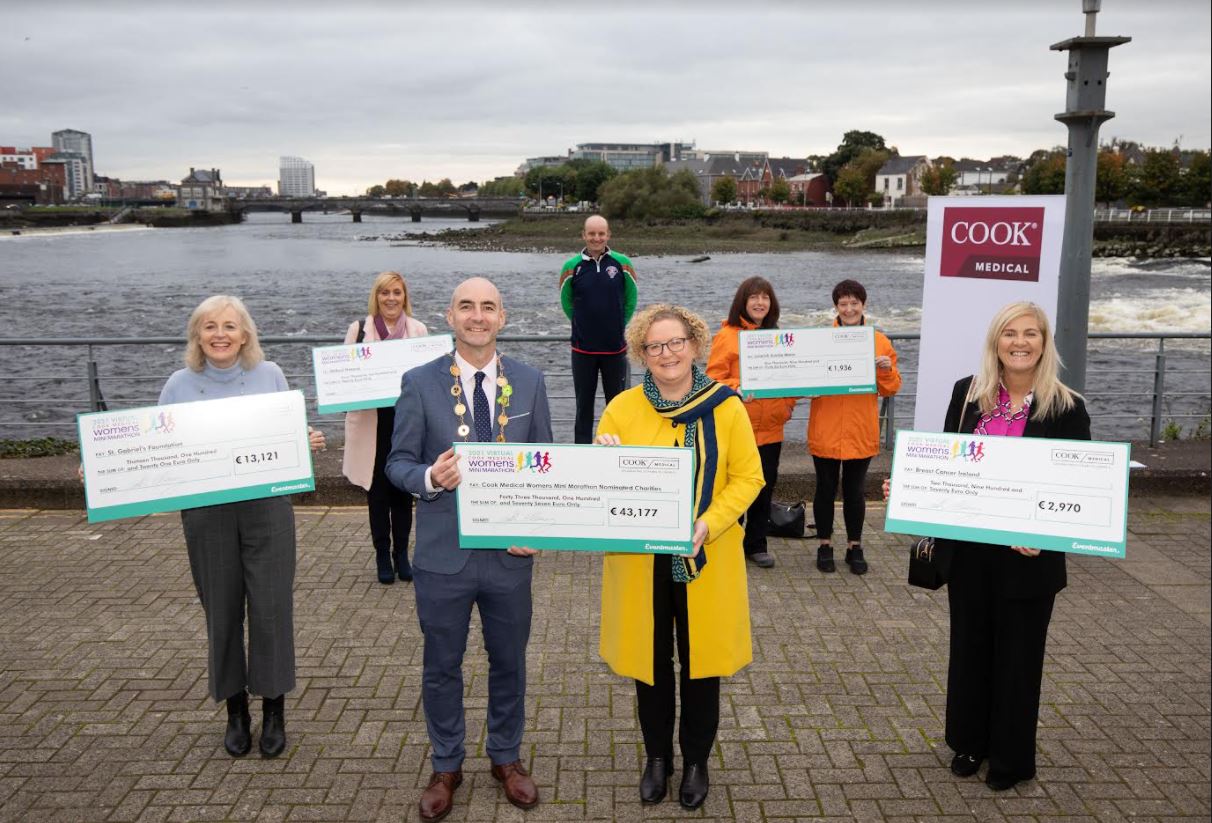 The event had over 1,500 participants from all over Ireland, as well as eight other countries, who took part in their own time across the weekend, while raising money for their personally chosen charities.

The €43,177 raised will be distributed to local and national charities, as well as the €10 from every race entry and additional money raised by participants.

Anne Marie Hayes, Fundraising manager for Milford Care Centre, said, “Well done to everyone who participated in the Virtual Cook Medical Women’s Mini Marathon, and thanks sincerely to those who nominated Milford Hospice as their charity of choice this year. The funds received will certainly make a difference and be assured that our frontline services will benefit greatly.”

For the event, participants of all ages ran, walked, or jogged the 5k and 10k races in their own time across the race weekend to ensure the safety of all participants and to adhere to social distancing and government advice.

Executive Vice President for EMA and Managing Director of Cook Medical Europe Bill Doherty said, “We are delighted with the response and success of this year’s virtual Women’s Mini Marathon.

Now, more than ever, charities need our support, and we are honoured to play a part in such a hugely successful fundraiser. We want to sincerely thank everyone who participated.”

Cook Medical are celebrating 25 years in Limerick this year and are the title sponsors of the race and have extended the partnership until 2024.

Angela Moloney, Director of Ethics and Compliance, EMEA, at Cook Medical, said, “Cook Medical has a long-standing commitment to the people of Limerick and the Midwest, dating back to our arrival in 1996. As part of this commitment, we’re proud to sponsor such an important event, which promotes health and fitness, while also giving back to charities that need it now more than ever.”