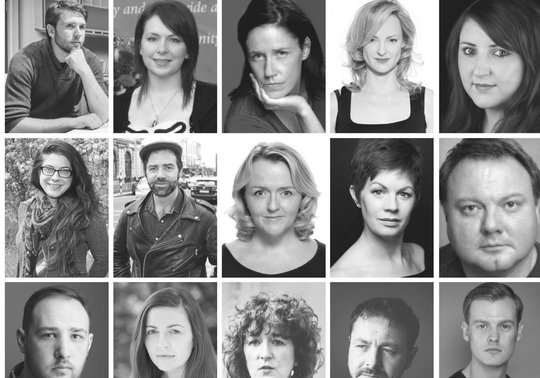 Belltable Connect presents The 24 Hour Plays Limerick at the Belltable

Belltable Connect presents The 24 Hour Plays Limerick at the Belltable

Belltable Connect presents The 24 Hour Plays Limerick at the Belltable Limerick, on Saturday, January 20 at 8 pm.

The directors involved with the 24 Hour Plays Limerick.

An extreme feat of under-pressure production, The 24 Hour Plays ask consummate professionals to produce plays within one day and one night. Five Limerick writers, five directors, and fifteen actors will take part bringing together extraordinary artists to create time-limited theater.

Five short plays will be written, rehearsed and presented all within 24 hours by the best of Limerick’s writing, directing and acting talent.

Mike Finn was the Belltable Artist in Residence 2017, whose rehearsed reading of ‘Bread Not Profits’ took place in Belltable this past December. Liam McCarthy’s production of ‘This Little Piggy’ was part of the last #FamilySaturdays at Belltable programme. Mary Coll launched Silver, a collection of poetry, at Belltable in December 2016. Helena Close has published four novels under the pseudonym Sarah O’Brien with co-writer, Trisha Rainsford. Paul McNamara is a well-known Limerick poet.

Paul Meade is a writer, director, actor and Artistic Director of Gúna Nua theatre. Paul has directed the multi-award-winning Pondling, as well as The Unlucky Cabin Boy. Joan Sheehy has worked extensively with the Abbey Theatre, Gate Theatre, and Project Arts Centre in Dublin, as well as Moscow, Leningrad, New York and the Almeida Theatre in London. Terry O’Donovan has directed the award-winning ‘On the Wire’, as well as the recent rehearsed reading of Bread Not Profits at Belltable. Tara Doolan is director of ‘Punt’, which will come to Belltable this coming March. Ann Blake’s production of ‘The Morning After the Life Before’ was performed at Belltable in May of last year.

Book your tickets to see what this talented bunch come up with on Saturday, January 20 for yourself at Belltable by phoning box office on 061 953400, or visiting https://www.limetreetheatre.ie/show/24-hour-plays-limerick/