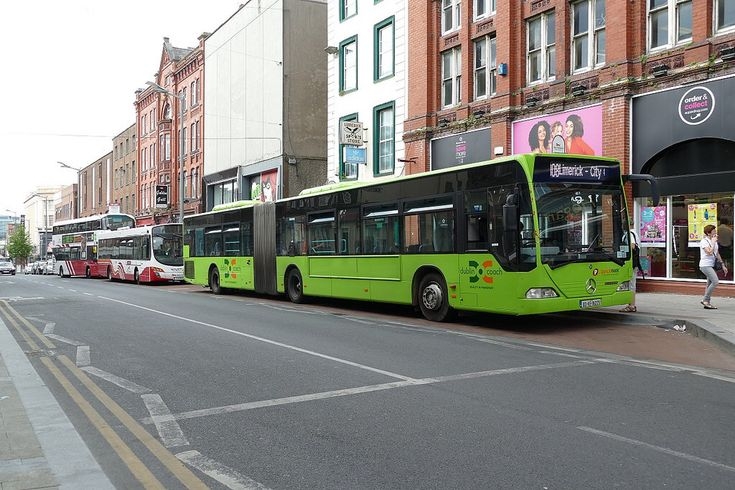 307 308 Bus Service was suspended in July 2022 and is now starting up again under a different route number.

The long-awaited bus service that served countless people in Castletroy and Annacotty is returning on Monday, October 10. The new 310 bus service will be operated by Dublin Coach and will run seven days a week.

The bus will run every half an hour from 6:30am until 11:45pm. The new bus will run from Sarsfield Street to the National Technology Park in Castletroy. Stops include Ballysimon Road, Groody Road and University of Limerick.

This is great news to many in the Castletroy and Annacotty area who have been left without a bus service for nearly three months.

Funding has been secured for replacement 307 308 bus services routes in Limerick City. These routes served Castletroy and Annacotty. The National Transport Authority (NTA) said they were discontinued by the Dublin Coach company on July 8.

Dublin Coach suspended the two services, stating that it was not economically viable due to the rising fuel costs.

A 20% fare reduction scheme was announced by Eamon Ryan, the Minister for Transport, earlier this year.  Dublin Coach did not qualify as it is a private company.

The NTA said that their evaluation concluded that a public service obligation exists to provide the much-needed service, and so new funding was approved. This came after Paul Gavan, a Sinn Féin senator made a query.

The NTA stated in their letter to Senator Gavan that Dublin Coach was entitled to take the action it did.

Due to the high volume of people and businesses located in these areas, the sudden lack of public transport did not go unnoticed.

The withdrawal of the 307 308 bus services has been a serious inconvenience to residents of Castletroy and Annacotty. These are essential services for working families, students, and pensioners.

Residents of Annacotty have been reacting to the news. Speaking to the Limerick Leader, Marion Hurley, a former councillor said, “It’s absolutely good news to hear that funding has been approved for a replacement service. Not having a bus service in the area is going to become an even bigger problem once colleges and schools return so a service needs to be provided.”

If negotiations are successful with the bus operator, it is expected that a replacement service will commence in the near future. The NTA hopes discussions will be concluded soon so a new service can be pursued.

Details of the new operator and a timeline as to when the services will resume have not been confirmed.