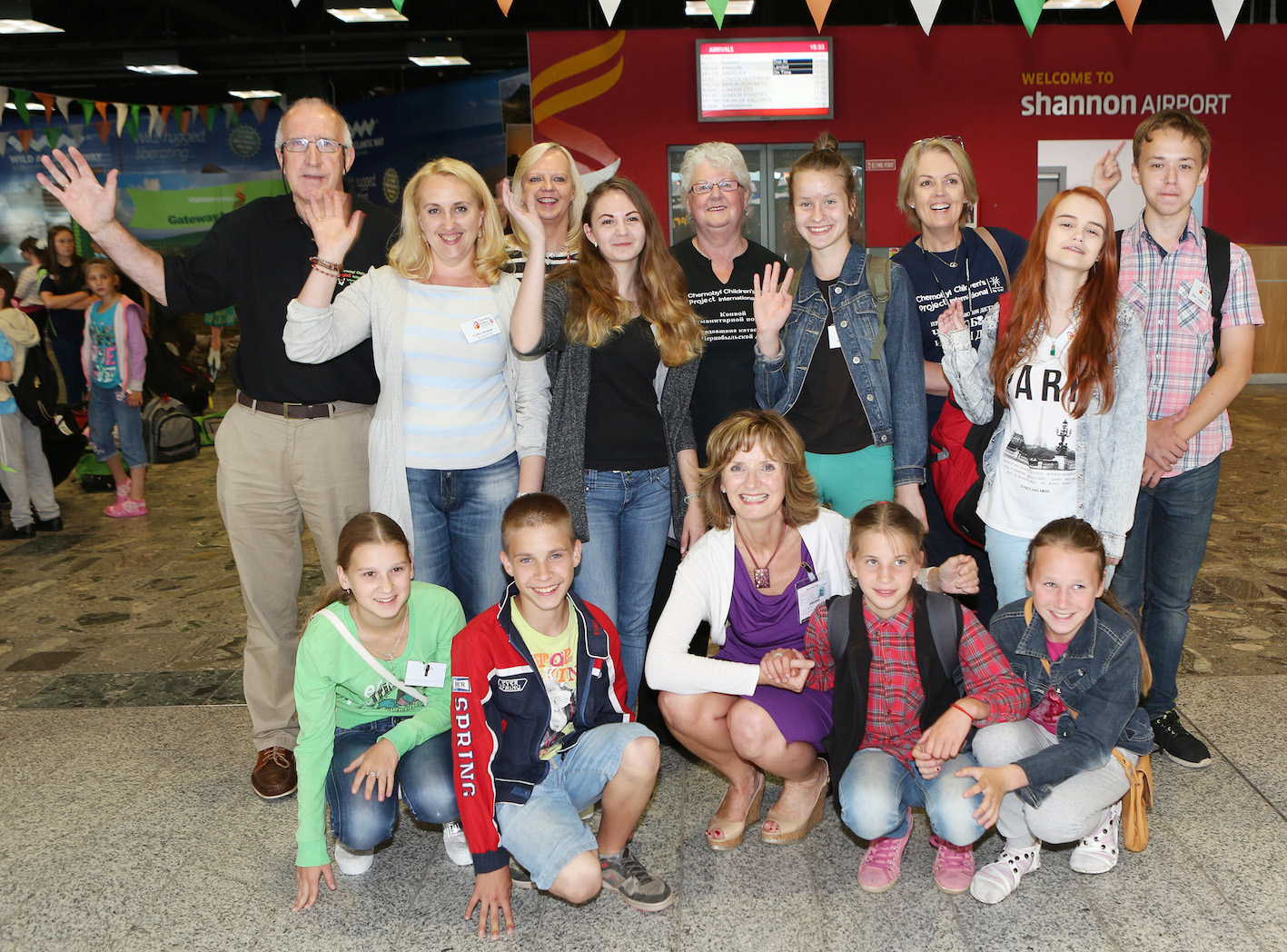 Shannon Airport warmly welcomed 150 children from Chernobyl on Friday, June 24, to their new hosts for a month of respite care.

Eight of these children will be staying with Limerick families as part of a 30th Anniversary airlift by Adi Roche’s Chernobyl Children International (CCI). Thirtieth anniversary  Chernobyl group

This year marks the 30th anniversary Chernobyl, of the world’s worst nuclear disaster that caused devastating consequences which still negatively affect the citizens of Belarus and beyond.

Voluntary CEO of Chernobyl Children International, Adi Roche said, “It warms everyone’s heart here today to see the excitement on the children’s faces as they arrive safe and happy into Shannon

The summer Rest and Recuperation Programme gives the children, who come from impoverished backgrounds and state-run institutions, a health-boosting reprieve from the toxic environment and high levels of radiation to which they are exposed.  This is due to the ongoing recontamination of the environment by Forest fire in the affected regions.

Adi continued to say how, “Our wonderful volunteers have opened their hearts and their homes to these children every summer, children who so desperately need our help.  While the Chernobyl accident happened 30 years ago the consequences last forever. My heartfelt gratitude to the volunteers who offer hope to live to the children who the world has largely forgotten”.

Host families from all over Ireland welcomed the children today for the start of their month-long, life-prolonging respite holiday, during which time radiation levels in the children drop by nearly 50 percent and up to two years is added to their life expectancy.

Since 1991, 25,000 children from Belarus and Western Russia have come to Ireland with CCI on this Rest and Recuperation programme, a figure expected to expand in the coming years.