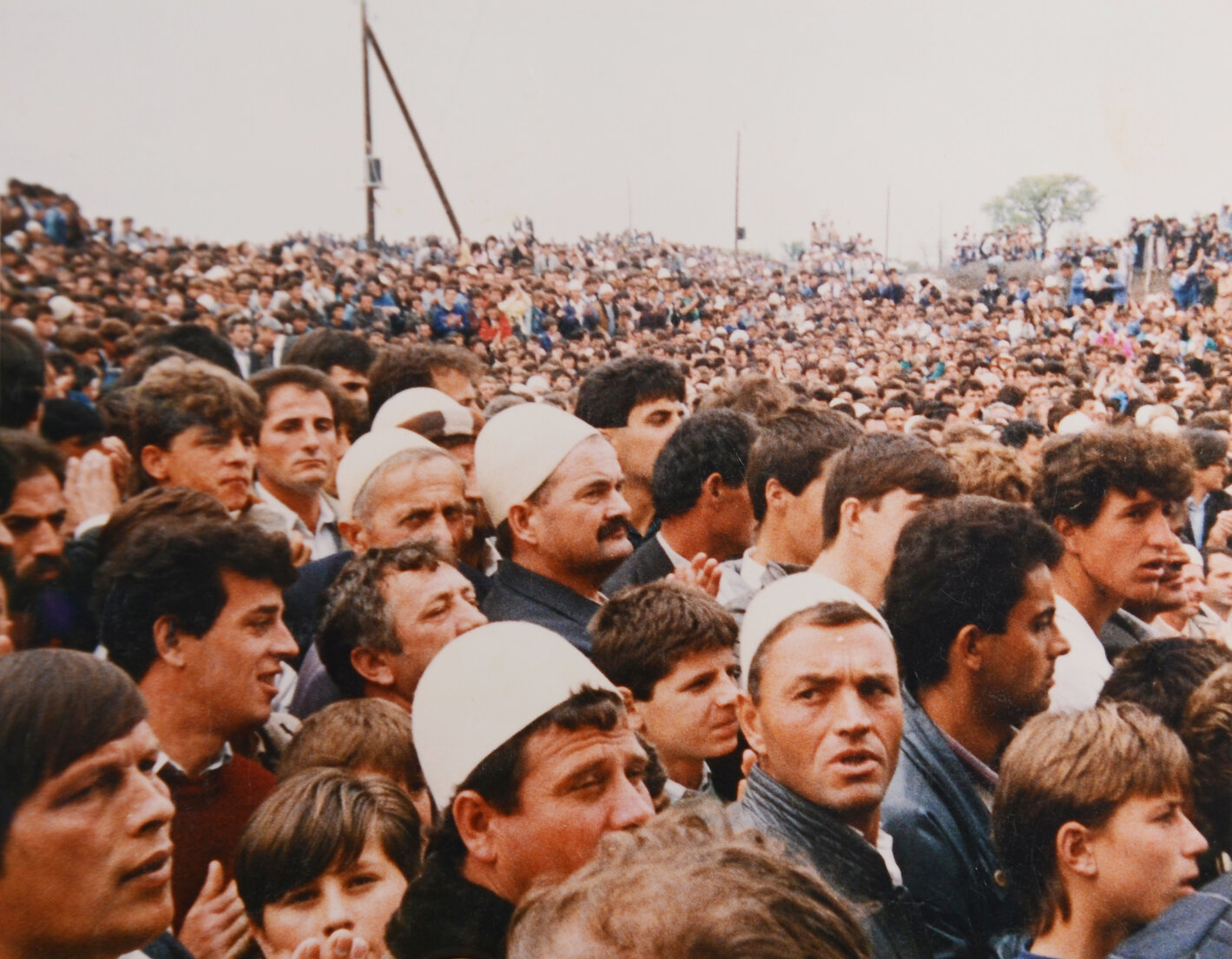 Marking the launch of the 39th EVA International will be the release of an exclusive video of spoken word performance by MuRli, God Knows and Hazey Haze. The video will be broadcast on EVA’s Facebook page at 7pm on Friday 18th September as part of Limerick’s Culture Night.

Taking its reference from the “Golden Vein’, a 19th-century descriptor for the agricultural bounty of the Limerick region, the 39th EVA International programme seeks to address ideas of land and its contested values in the context of Ireland today; extending to broader questions of how we relate to the land in terms of ideology, identity, and resource.

Featuring venue and non venue-based presentations, Phase 1 will include elements of the Guest Programme, Little did they know, curated by Merve Elveren, alongside artists commissions developed through EVA’s Platform Commissions and Partnership Project Initiatives, full details of which are outlined below.

Guest Programme / Little did they know

Phase 1 of the Guest Programme, curated by Merve Elveren and titled Little did they know, features Melanie Jackson and Esther Leslie’s collaborative project The Inextinguishable (2020), which explores the politicization of milk as the primal liquid of life. Michele Horrigan’s research project, Stigma Damages (2011 – ongoing) focuses on another substance, namely bauxite – aluminium’s primary constituent, investigating the Aughinish Alumina Refinery in Co. Limerick and its ecological impact. Driant Zeneli’s video installation from the trilogy Beneath a surface there is just another surface, 2015–2019 confronts Albania’s contentious history of chrome extraction under the leadership of Enver Hoxha. The installations of both Yane Calovski Personal Object (2017 -ongoing) and Eirene Efstathiou A Jagged Line Through Space (2017 – 2019) centre on the intertwining of personal and social narratives.

Phase 1 of the Guest Programme also highlights Women Artists Action Group (WAAG), through Pauline Cummins’ personal archive. WAAG’s ambitious 1987 Slide Exhibition, which featured 91 women artists working in Ireland, is revisited for the first time in a public display. It’s not for you we did it, is a project led by curator Sara Greavu in collaboration with artist Ciara Phillips and will be presented as a series of online dossiers that explore the historical and political context of Derry in the 1980s and 90s.

The exhibition presentation of Little did they know will be accompanied by a dedicated website HERE, which will be launched on the 18th September. The website will feature additional content by participating artists in addition to further contextual information about their works.

Phase 1 of the 39th EVA International includes new commissions as part of EVA’s Platform Commissions initiative. Áine McBride’s and/or land, sculptural works are subtle interventions into the Sailor’s Home building. Emily McFarland’s Curraghinalt is a video series that makes visible and bears witness to the changing ecology of a particular landscape in West Tyrone, in the North of Ireland. Eimear Walshe’s The Land Question: Where the fuck am i supposed to have sex? and How much no thanks, address the artist’s ongoing questioning of the relationship between housing, sexuality and sex in contemporary Ireland. Laura Fitzgerald’s Fantasy Farming presents an installation developing from the artist’s ongoing exploration into the personal and political tensions that exist between rural Irish life and cultural internationalism. Phase 1 of the 39th EVA International will also present the first commission under its Partnership Project initiative, developed through EVA’s participation in the Magic Carpets network. Bora Baboci’s Predictions, is a site specific audio installation offering a fantasy forecast of Limerick’s River Shannon.

Alongside the exhibition programme  will be a number of events and public programme activities, including a collaboration with students at Limerick School of Art and Design (Park Life: Ecologies of the People’s Park) and Dhá Theanga, a commission of audio tours for minority language communities developed by local participants.

EVA International is pleased to announce a phased approach for its 39th edition, a new opening date, and a full list of…

–       The Guest Programme of the 39th EVA International is curated by Merve Elveren. Based in Istanbul, Turkey, Elveren was part of the founding team of Research & Programs at contemporary art institution SALT. Independent projects include the co-production of Köken Ergun’s film Ashura (2013) and Volkan Aslan’s solo exhibition Shoot Me! Don’t turn me over! (Pi Artworks, 2018). She is the recipient of Independent Curators International’s 2018 Gerrit Lansing Independent Vision Curatorial Award.

–       The 39th EVA International has commissioned new artists’ works for this year’s exhibition. The four Platform Commission artists Laura Fitzgerald, Áine McBride, Emily McFarland and Eimear Walshe were selected through an open call and selection panel process with the aim to support the production of significant new works by artists based in Ireland.

–       Other new commissions for this year’s 39th EVA International include Bora Baboci, Predictions, 2020, a new commission supported by Magic Carpets and co-funded by the Creative Europe programme of the European Union; Melanie Jackson and Esther Leslie present The Inextinguishable, 2020 an illustrative pamphlet,  supported by the British Council; Derry Film and Video Workshop research project led by curator Sara Greavu in collaboration with Ciara Phillips present It’s Not for You We Did It, 2020 a series of online dossiers supported by British Council and Arts Council of Northern Ireland.

–       For the first time since its presentation at Project Arts Centre in 1987, The Women Artists Action Group (WAAG) will display, Slide Exhibition, with materials drawn from the personal archive of Pauline Cummins. This work will be available to view in the Sailor’s Home and is part of a collection of Archival works held in the National Irish Visual Arts Library (NIVAL).

–       For the first time, artist, researcher and cultural activist, Yane Calovski will be presenting work in Ireland. Calovski’s most recent solo exhibition Personal Object, 2020 was in Kunsthalle Kohta, Helsinki, Director Anders Kreuger wrote an essay about this recent exhibition, HERE

–       Alongside the exhibition programme, EVA is launching a new initiative titled Dhá Theanga, involving multilingual participants that will each produce an audio tour for under-represented language communities.  Audio tours of the 39th EVA International in Irish, Nigerian Pidgin English, Catalan and Polish will be available to download on the EVA website through the run of the exhibition.

Related Topics:eva international
Up Next

Open Call for artists to get involved in the River Residencies