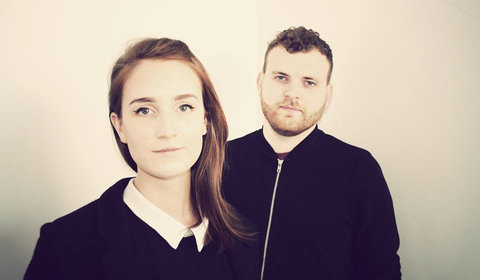 Limerick Indie duo A Dream, The Night are making waves throughout the music industry in Ireland with their newest single “Sick Day”.

“Indie Chill Pop duo “, A Dream, The Night formed in Limerick around the talents of Julianne Murray and Adam Alcock in 2016, while studying Music Technology and Production in LIT.

The band have been enjoying more coverage of late and have just performed at The Stormy Teacup and the legendary music venue Whelans in Dublin. Their song ‘Sick Day’ was also featured on Joe.ie as their Song of the Day in early September.

They produce a unique sound that blends nostalgic atmosphere with strong beats, with some style influences ranging from Electro Pop (The xx & James Blake) to Alternative Rock (Daughter & Chet Faker) and many more.

Julianne is the lead vocalist and producer, with Adam, as guitarist and instrumentalist. Currently in the process of producing their debut EP/Album, the songs are built from moody, min reflective instrumentation, with some tracks having synth-wave and down-tempo elements. The tracks vary from one another, with one to suit whatever mood you’re in.

Just finished their studies in college, they entered the Irish music scene during the summer of 2017 with festival debuts at “Valley of Art” and “Fuaim, The Gathering”. The tracks vary from one another, and undoubtedly, there’s one to suit whatever mood you’re in.
They hope to take the Irish market by storm and are eager to share their work. They have a fresh sound that has been well received so far and will be releasing their first song to the public shortly, along with a music video which is in the process of being made.”

You can listen to music from A Dream, The Night here