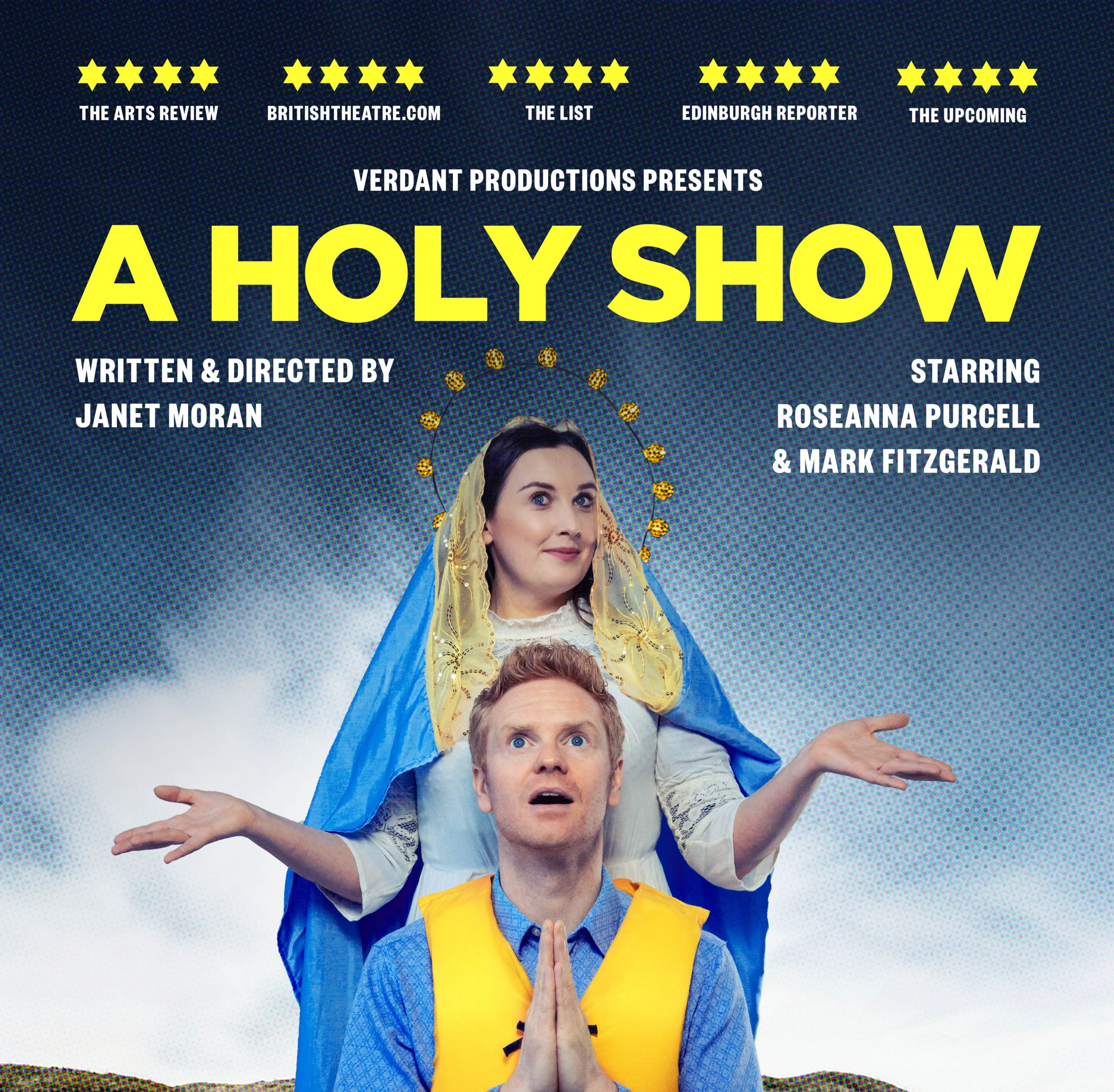 A Holy Show: Pictured is the cast of ‘A Holy Show’ Roseanna Purcell and Mark Fitzgerald

The hilarious hit comedy ‘A Holy Show’, presented by Verdant Productions comes to Limerick from January 31 – February 1, 2020, at the Belltable Arts Centre, as well as performing two dates in the Irish Cultural Centre, Paris following on from the critical success of the Edinburgh Fringe and Dublin Fringe.

A nostalgic comedy based on a very Irish hijacking of the 1981 Aer Lingus plane by an ex-Trappist monk with a bottle of water as his weapon, the Pope as his nemesis, and a burning desire to know The Third Secret of Fatima.

‘A Holy Show’ takes us back to 1981 and brings us on board the ill-fated Aer Lingus flight EI 164 from Dublin to London. The show follows the passengers and crew as this most Irish of hijackings unfolds.

Speaking of the show, Writer and Director Janet Moran said:

‘I’m so thrilled to be bringing ‘A Holy Show’ on tour throughout Ireland with the brilliant Verdant Productions. The show has played to standing ovations in Edinburgh Fringe and I hope audiences will laugh their heads off, fall in love with the superb actors and maybe ask themselves what should we really believe in now?”

Step on the plane with us and experience this most Irish of hijackings. There’ll be music, nostalgia, heroism, praying, visions, romance (maybe) sex (maybe) a special appearance by Our Lady (definitely). There’ll even be a miracle. I swear.

This wonderful production is high energy and takes audiences on a whirlwind of a comic journey with both actors playing multiple characters at breakneck speed. The sharp, insightful script delivers a laugh a minute alongside a revealing and probing understanding of faith in Ireland, both in the 80s and today.

From 23 January 2020 ‘A Holy Show’ is going on a full nationwide tour, with dates announced for Galway, Limerick, Laois, Wicklow, Cavan, Carlow, Cork, Longford, Clare, Belfast and Tipperary as well as a host of Dublin dates and two dates in Paris. Early booking is advised to avoid disappointment, with tickets costing €15 (preview) €18/€16 and are on sale now.

Supported by The Arts Council.

The List: ‘Gloriously comic and unexpectedly thoughtful …it carries you off to places you didn’t think it would go.’

Britishtheatre.com: ‘Full of energy and insight, this is a delightful and entertaining show which is remarkable in being Moran’s solo writing and directing debut.’

For more stories on the Belltable Arts Centre click here