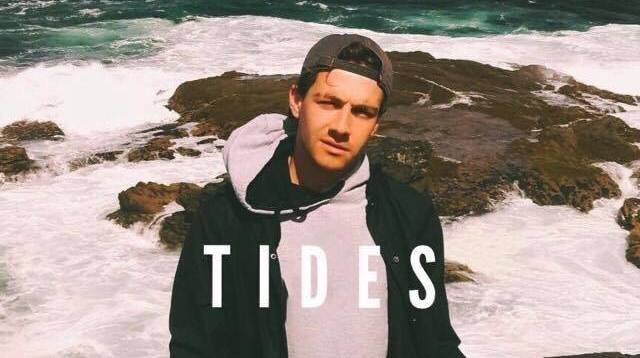 Aaron spoke to I Love Limerick about the message of the song saying, “Tides is about heartbreak and the things you initially do to try and heal, you act crazy, you drift between love and hate for a while. The message is that in situations like these, time is the only remedy, whether things will work eventually or not, you need to let time take its course. It’s really a pop song when the chorus comes in but the verses are driven by that bass line and percussion. It was a lot of experimentation with various sounds and synths. The verses highlight confusion and heartbreak whereas the chorus represent and steady and patient head”.

The song and upcoming album will be dedicated to Aaron’s cousin Alex who tragically passed away this week. Aaron said, “It was just such shocking news to get this week, she was 20 years old which is the same age as me and we had a lot in common. Very sad to see her go but this song and this album will be in her memory.”

‘Tides’ was premiered on Spin South West on Wednesday, August 9 and got a brilliant response from the listeners. Aaron said about the premiere, “It was so nice to go in and chat about the song before it was released, just to give context to it and stuff. I also acoustically performed a song ‘Time of your life’ which will also be on the album ‘Tides’. The response to the show was amazing, even as I was performing there were messages and Snapchat just popping up on my phone about it.”

The video for the new single, which was shot in Limerick with no budget, was directed by Limerick natives Harry Knapp and Sophie Goodwin and is a true testament to the talent of the directors. The artwork for the single was also shot by Limerick talent Peter Corbett.

Aaron says there is plenty of exciting things to come in his music career, “Tides is the first and title-track from an upcoming album that I’m working on which should be out in October. The second single will be out in a couple of weeks, which is probably one of my favourite songs on the album. We are going to start working on the video for that very soon. Exciting stuff coming up!”

Aaron bought all his own recording equipment in October 2016. With his own equipment, Aaron could begin to produce his music at a higher quality. Aaron has since been able to experiment with his sound and techniques. As an unsigned artist, Aaron has been able to branch out into different styles and sounds without the constraints of popularity or making a profit.

The budding star has had a passion for music for as long as he can remember, with a lot of influences in his life, ‘When I was eight, I just picked up the guitar and taught myself how to play. I just covered other people’s songs, before I started writing my own.”

Aaron has already had a taste of success after taking part in the one-season RTE show, ‘The Hit’. Speaking about his experience on the show, Aaron said, ‘Duke Special chose my song, ‘1969’, to record. It was released and it actually came to number 5 on the Irish charts.”

To listen to music by Aaron Hackett click here