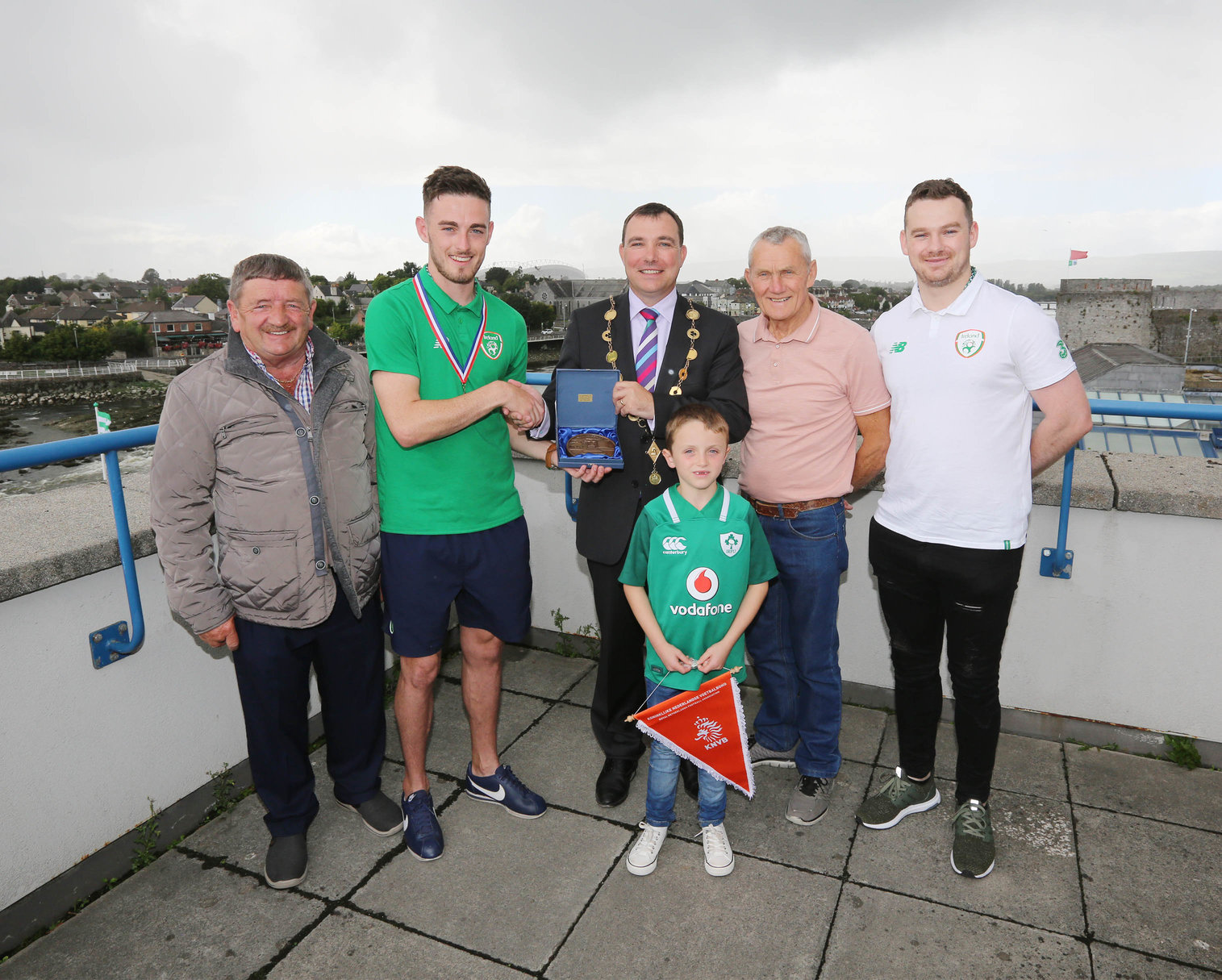 Aaron was a member of the Republic of Ireland Cerebral Palsy soccer team which won a bronze medal at the International Federation of Cerebral Palsy Football (IFCPF) European Championships.

In the game competing with Holland on August 5, the Star Rovers man scored the all-important second goal against Holland to secure a third-place finish in the tournament. 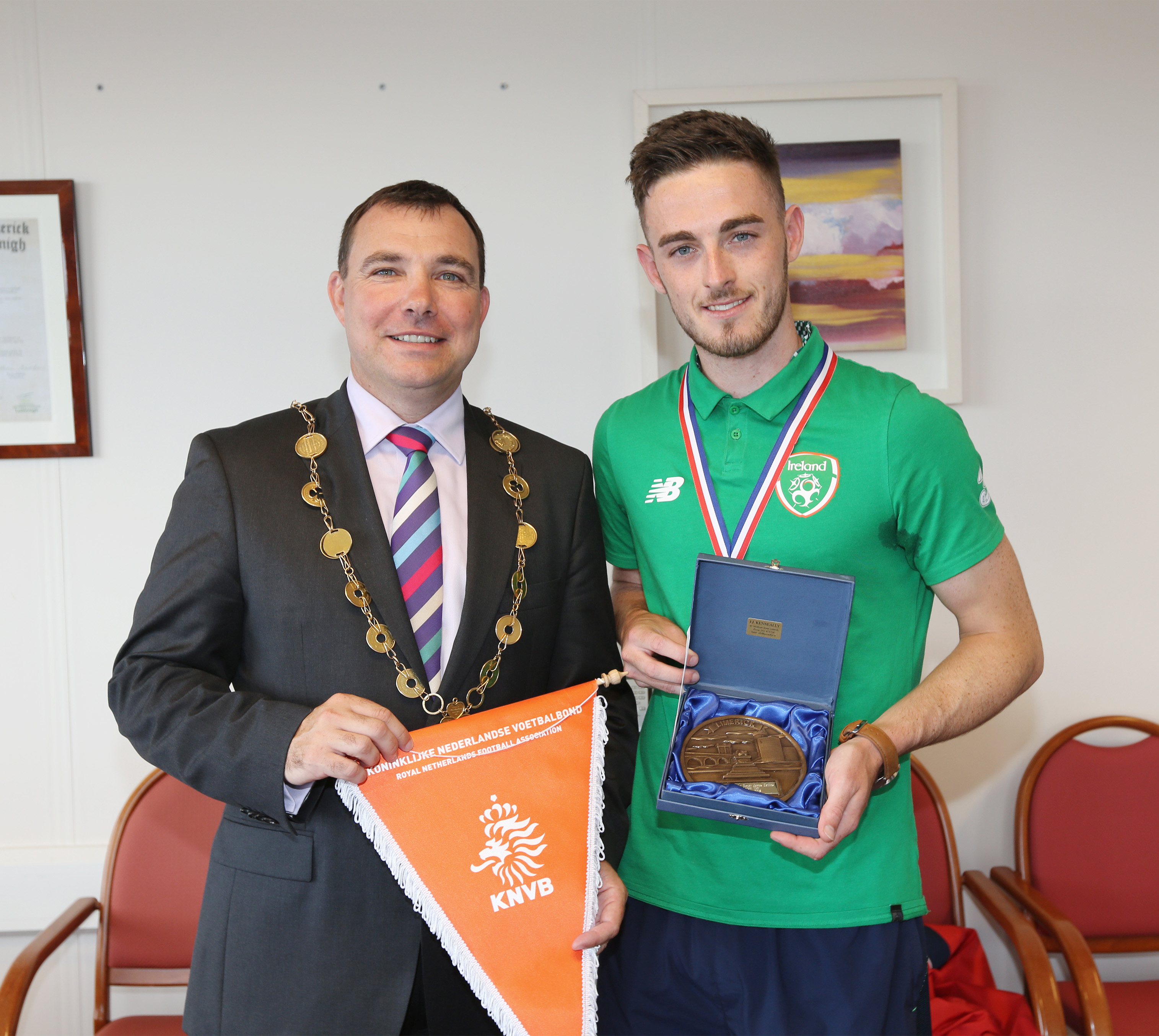 Aaron Tier honoured with a Mayoral Reception in recognition of his pivotal role in the Irish Cerebral Palsy soccer team.  Photo: Liam Burke/Press 22

The Mayor of the City and County of Limerick, Cllr James Collin congratulated Aaron Tier and the Irish Cerebral Palsy football team for their effort and their achievement on the European Championship.

The Mayor was in recognition of Aaron’s pivotal role, said: “It is a fantastic achievement. Aaron is an inspiration for Limerick people.”

“We have lots of success in sports over the last couple of weeks and we wish to have more in the future,” he added.

It was the second time the team achieved a third place in the tournament. The result is an improvement on the team ’s performance in the World Championship last year in which they finished sixth.

Speaking of being at the Mayoral Reception, Aaron Tier said: ”It’s a huge honour to meet the Mayor as my achievement is recognized. If it wasn’t the power of sports, I won’t be at this position.”

“I hope my story will inspire people with similar backgrounds,” said Aaron.

Aaron currently plays club football for his local team, Star Rovers. Capped more than 15 times for his country, he plays centre forward for Ireland and has scored six goals to date. He has previously represented Ireland at the International Federation of Cerebral Palsy Football (IFCPF) pre-Paralympic tournament in Salou, Spain.