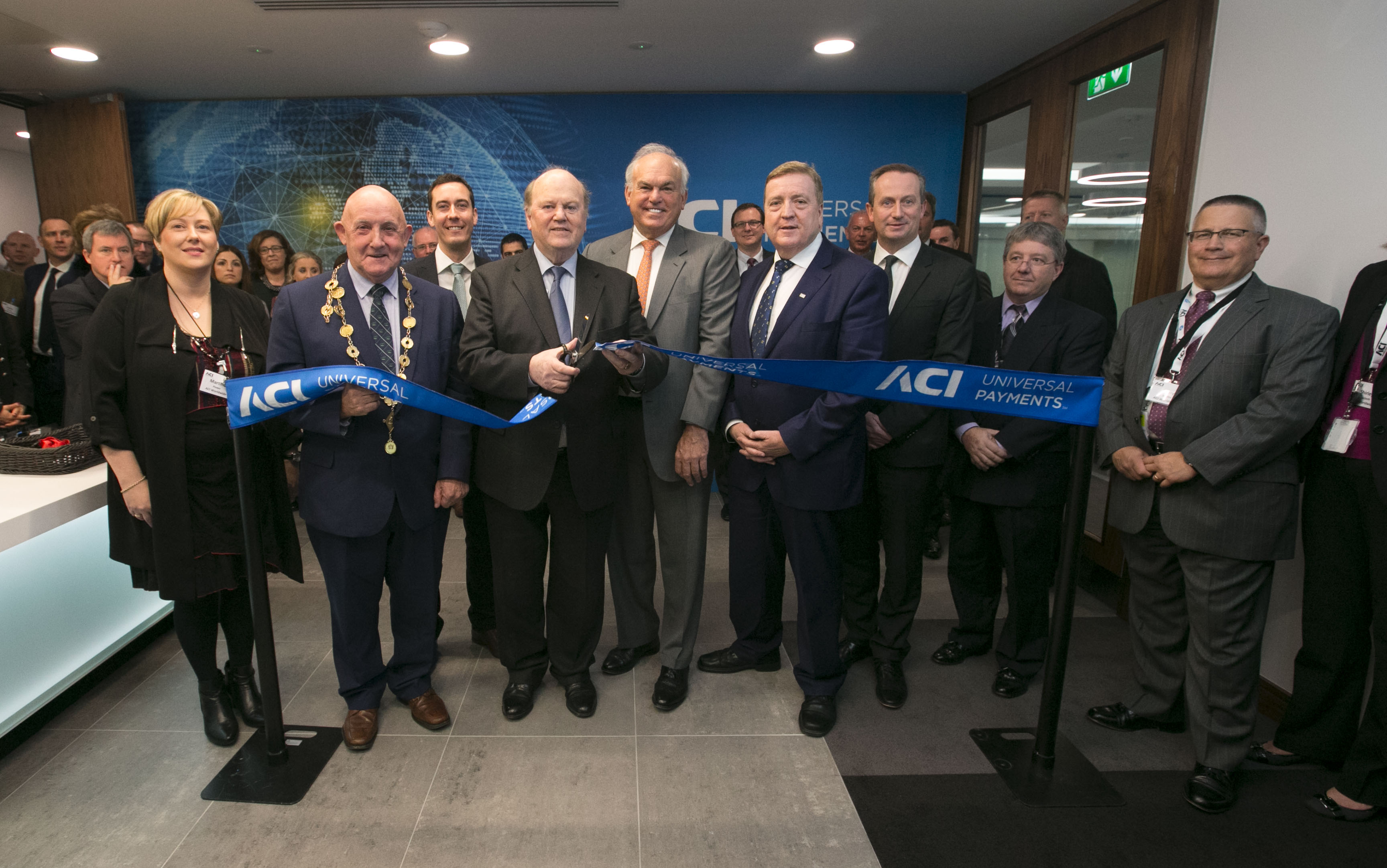 Another 50 new jobs as ACI Worldwide expands in Limerick

Fifty new jobs are being created by ACI Worldwide at its base in the National Technology Park, Plassey adding a much-needed job boost for the city and county.

ACI Worldwide is a leading global provider of real-time electronic payment and banking solutions.  It is opening a new European Data Centre. This state-of-the-art facility delivers the utmost in reliability, security and data privacy, further expanding world-class payments solution capabilities and capacity for European customers, comprising some of largest merchants, intermediaries and financial institutions, including the two biggest banks in Ireland.

Phil Heasley, President and Chief Executive of ACI Worldwide said: “We are very excited about our new European data centre and the tremendous overall opportunities for ACI in the region, which is testament to our great team and our powerful Universal Payments offerings.”

The fifty new jobs will bring the total headcount of the company’s Limericks staff to 150.

Mayor of the City and County of Limerick Cllr Kieran O’Hanlon said: “Limerick has become home to several clusters in the ICT, med-tec and financial services sectors. And it’s very heartening to see that these clusters are being expanded and consolidated so that Limerick has some global clout and is a priority when companies are thinking of expansion.”

Director of Economic Development Dr. Pat Daly said: “Limerick is building up a reputation as a ‘can-do’ location for foreign direct investment.  The decision by ACI Worldwide to open its European Date Centre here in Limerick will hopefully act as a magnet for other companies to look at basing themselves here.”

“I’m also delighted that this is an expansion of an existing company based here.  ACI Worldwide already employs almost 100 people and this expansion points to the confidence they have in Limerick as a location.”

The company has had a presence in Limerick for ten years and has partnered with the University of Limerick among other educational institutions.

Check out other news stories here.

The Windings Be Honest and Fear Not record released