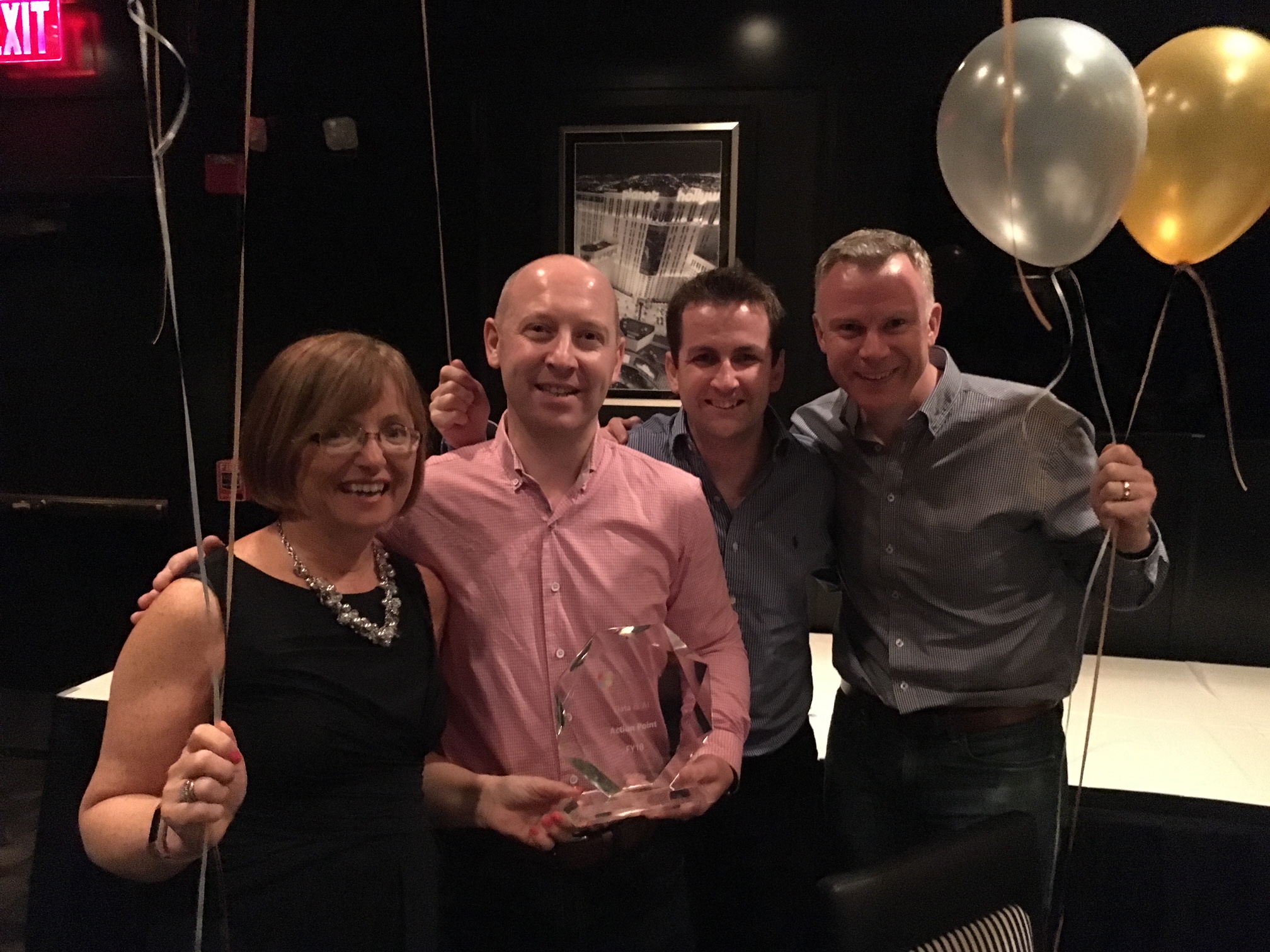 Limerick Tech Firm ActionPoint wins two international awards at Microsoft Inspire, the global tech conference for partners of Microsoft, which took place in Las Vegas, Nevada this week. The first award  ActionPoint wins is Microsoft’s ‘Data and AI Partner of the Year’ and recognises the Irish firm’s work developing IoT solutions for the manufacturing sector worldwide. The second award, from the International Association of Microsoft Certified Partners (IAMCP US), was in recognition for an innovative software project in partnership with California based company, General Networks.

IoT has brought significant disruption to the manufacturing sector, with Zion Market Research estimating that Smart Manufacturing to be worth $479 billion annually. ActionPoint invested more than 300K over an 18-month period, to develop an IoT solution aimed at helping manufacturing companies harness the power of Big Data and Smart Manufacturing for significant commercial gain. Developed in partnership with Microsoft, Dell, and Intel, the custom software developed by ActionPoint for ‘IoT-PREDICT’ brings the processing power of the Dell Edge Gateway 3000 to bear with the encryption and storage power of the Microsoft Azure IoT hub and makes ‘Smart Manufacturing’ a reality.   IoT-PREDICT which is sold through the Microsoft OCP catalogue and the Dell Solutions Store has also recently secured a distribution deal with Tech Data, which has 22,000 resellers worldwide. This global reach is enabling IoT-PREDICT to enter markets across Europe and beyond.

ActionPoint’s Head of IoT, Ivan O’Connor said: “The world of connected devices is growing rapidly from 25 billion connected devices globally to 75 billion by 2025, according to Statista. We have already shipped IoT-PREDICT to more than 10 countries in 3 continents since its launch this year and can clearly see that the manufacturing market recognises the opportunity that IoT brings. We are delighted to be at the leading edge of this technology with our US partners.”

He goes on to explain how Microsoft Azure was critical to their success; “The Azure suite of cloud storage and services was a key component within the IoT-PREDICT solution, helping to overcome the enormous demands placed on physical storage and traditional data processing created by IoT. We will continue to invest in Machine Learning and AI as the world moves towards ever-increasing connectivity and look forward to helping our customers achieve even greater potential using the power of technology.”

ActionPoint has been developing custom software for over a decade and is no stranger to awards, including a Tech Excellence award last month for the innovative online passport renewal system on behalf of the Dept. of Foreign Affairs and Trade, which has transformed Ireland’s passport system. The firm employs over 80 technology specialists at its Limerick headquarters and has offices in Dublin, Cork, and LA.  It has been a Deloitte Fast 50 winner for the past 4 years, and a Deloitte Best Managed firm in 2018. ActionPoint won Microsoft’s SMB partner of the year award in 2017 and has twice won Dell’s Country Partner of the Year Award.

ActionPoint was founded in 2005 by UL graduates John Savage and David Jeffreys. The company provides Managed IT and Custom Software Development Services to both private and public sector delivering for clients such as the Department of Foreign Affairs, VoxPro, Chill Insurance, and Kirby Group. The Limerick headquartered company has a headcount of over 80 and has further offices in Dublin, Limerick, Galway, London and Los Angeles.

Related Topics:actionpointMicrosoft Global Conference
Up Next