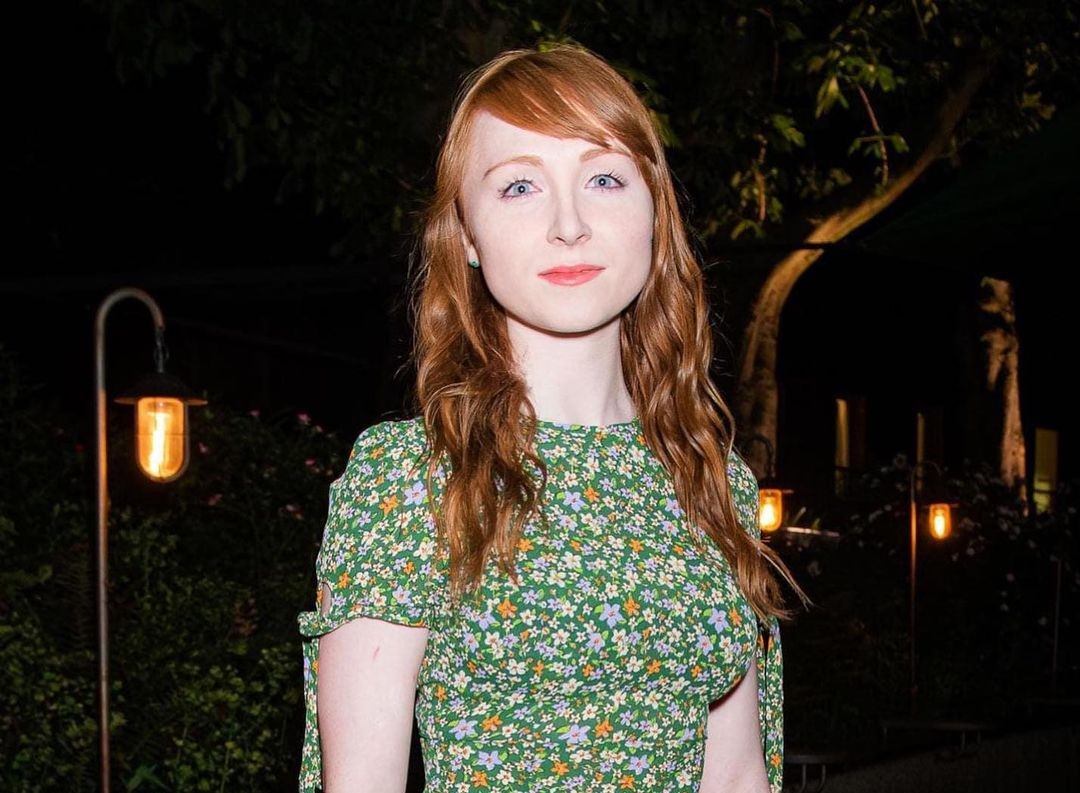 Actress Michelle Fox is from Caherdavin, Co. Limerick. When she was 16, she joined the Limerick Youth Theatre, and then went on to study Drama at University College Cork before moving to London to enroll at the Bristol Old Vic Theatre School. She has had roles in Casualty, Doctors, and a Very English Scandal, as well as playing Anne Bonny on the Hell Cats podcast.

I grew up in Caherdavin and loved it. It’s a lovely community with a real sense of local pride, we live near Na Piarsaigh GAA club and have always been great supporters of the local team. I’ve been in London 8 years but am back here regularly, can’t keep me away!

Yes ever since I can remember. I had a speech impediment when I was young so the speech therapist recommended speech & drama classes to help me gain confidence. I went every week at my local primary school and knew instantly it was for me. I spent most of my childhood performing at Frontline Stage school with Gerdi Mcglynn or competing in Féile Luimnigh in any category they had on offer!

Were there any challenges in getting to where you are now?

It’s very hard to get your foot in the door and it takes a lot of determination and luck. I managed to win a place at Bristol Old Vic Theatre School which really helped start my career but financially it was very difficult and I needed a lot of help from the school and grants etc to get me through. Also working one or two jobs on the side starting out when I first started auditioning. It was very tiring but it was worth it.

So random I’ve been nominated for the WhatsOnStage Awards for best supporting actor 🙌🏻 So if you liked Shining City at Theatre Royal Stratford East and you want to drop me a vote at https://t.co/fjf6HnyHRm then that would be great ❤️ pic.twitter.com/xPcbdChXcF

Can you tell us a little about your role in ‘The Shining City’?

The show is set in Dublin in 1998, it’s about a man whose wife recently died and he starts attending a therapist after he sees her ghost in the house. I play the therapists girlfriend Neasa. Behind the scenes, their relationship is falling apart and she’s on the brink of a breakdown at the prospect of being left homeless and a single mother.

What is it like being nominated for the WhatsOnStage Awards for Best Supporting Role?

It was a big surprise! I was very flattered and it’s just lovely to be in a category with so many women I respect.

What is your proudest achievement so far?

It might sound small but being able to work professionally and earn a living from acting is such an achievement to me as the business is really tough!

Do you have any advice for someone who wants to get into acting?

There will be a lot of rejection and you will need to constantly pick yourself up, dust yourself off and move on. Live in the present and enjoy yourself!

I’m currently working back to back on four video games where I voice several major characters. Voice work has been busy for me during the pandemic and I am grateful as it’s a covid safe working environment. I can’t say the names of the projects at the moment as they are yet to be released but I’m really excited about them. Also, we may be touring Shining City in the new year so we will see how things unfold in these uncertain times.

Where do you see yourself in 5 years’ time?

Who knows really, an actor’s life is so unpredictable. That sometimes is part of the fun of it. It doesn’t feel like a job when you love what you do!

The people. I have lived in so many places and my heart always lies with People from Limerick. Very down-to-earth, funny and so generous. You can always have a good night out in Limerick. I spent some of lockdown here and walked the length and breadth of the city and beyond. It really is a beautiful place.

To vote for Michelle in the WhatsOnStage Awards go HERE

Related Topics:Michelle Fox
Up Next