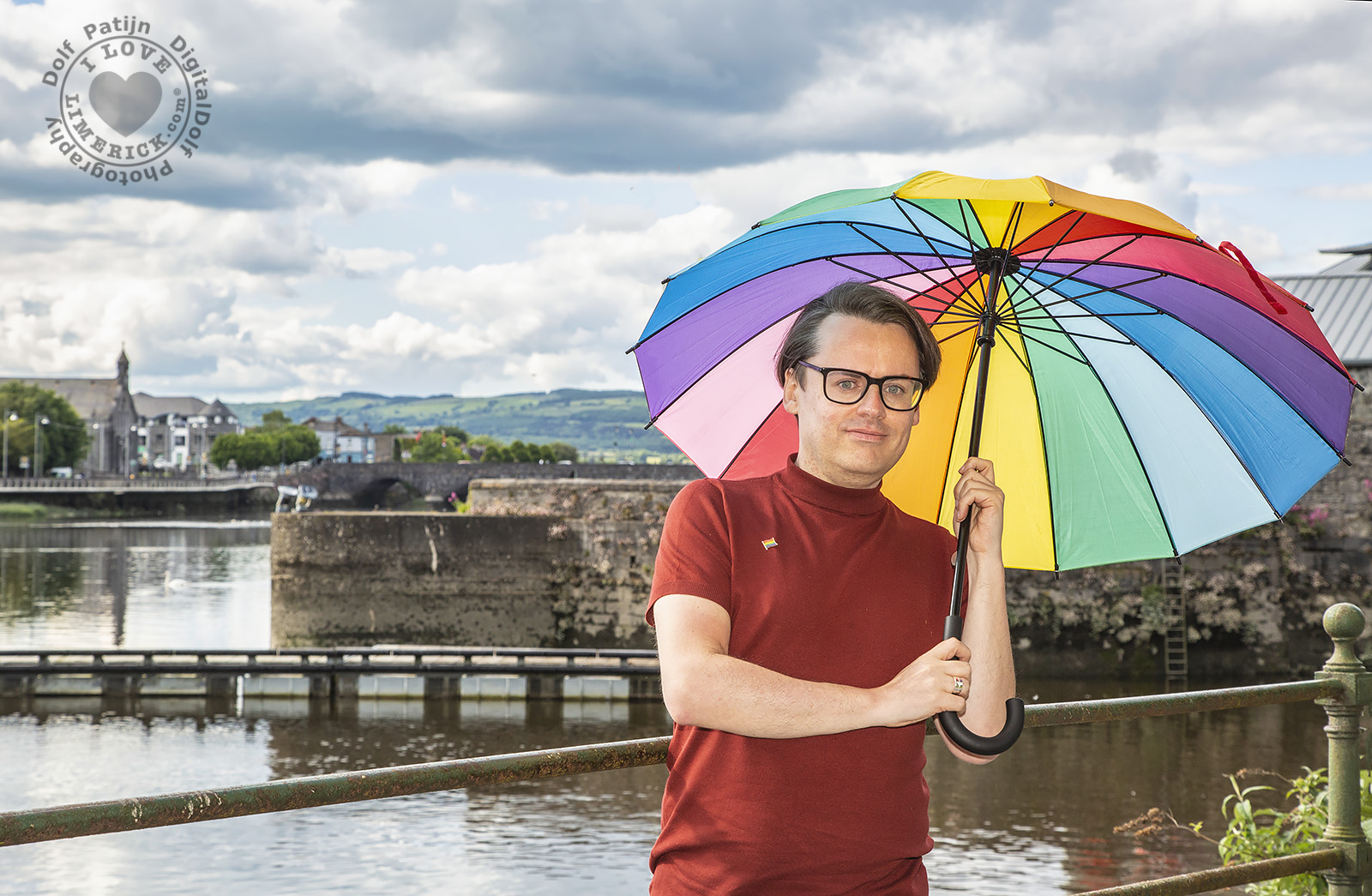 Adam Long is passionate about LGBT+ equality, particularly in politics

Adam Long has worked across advocacy, communications, media and politics, including in Limerick for many years. He currently serves as a Board Director with the National LGBT Federation (NXF), which is one of Ireland’s oldest LGBT+ NGOs, dating its history all the way back to 1979. In his capacity as Board Director, he is chiefly responsible for the NXF’s advocacy & policy output, including an active online presence. Adam is passionate about LGBT+ equality and has a particular interest in engaging with the political system to achieve progressive policy outcomes. A noted public speaker, he just recently returned from the Baltic region where he was invited to chair a ‘Proud Cities’ conference event. Beyond LGBT+ advocacy, he loves doting on his cats and enjoys city breaks around Europe.

Limerick Pride LGBTQ Festival 2022 will be taking place starting from Monday, July 4 until Sunday, July 10 with the Parade on Saturday, July 9 and will feature a multitude of events from workshops, support meetings and discussions to evenings of music and club nights, to cater to the Pride needs of everyone. Lisa Daly, Chairperson Pride added, “All events for 2022 reflect the breadth and depth of our LGBTQIA+ community. From the iconic nature of our Pride March to our newer events, we’ve created events with our entire community in mind.”

On Monday, July 4,  A Culture of Pride, the official launch of Limerick Pride 2022 will be held at Ormston House from 6pm to 8pm with a wine reception, an address by Adam Long of the National LGBT Federation, a performance by renowned Limerick movement artist Mark Carberry aka ‘mmmmmmmmmmmmove’, and a talk on film and theatre actress Alice O’Day by our 2022 Grand Marshall Sharon Slater. Alice O’Day who was born in 1882 in Kilfinane, County Limerick and acted on stage and screen before her death in 1937 aged 55 years old.

I was born in Cork before moving to Corbally in Limerick in my early teens. I knew from a young age that I was ‘different’ to most other boys and had no interest in stereotypically ‘masculine’ pursuits. This was not easy at a time when Ireland was still a stiflingly conservative country and where difference was certainly not cherished. Thankfully, I had a very loving and supportive mother who very much embraced her son and his right to be myself. To this day, I believe rigid gender ‘norms’ and stereotypes continue to perpetrate great harm and not just towards those of us who are LGBT+.

Can you tell me a bit about your job?

I have worked across a number of sectors including advocacy, communications, media and politics. As a Board Director with the National LGBT Federation (NXF) – Ireland’s oldest LGBT+ NGO – I am chiefly responsible for Advocacy & Policy output and working with colleagues to advance key legislative priorities for the LGBT+ community in Ireland. This year, we have identified passage of a robust and effective Hate Crime law as an absolute priority, along with a complete ban on so-called ‘conversion practices’.

What is your favourite thing about your job?

I love being able to work collaboratively as part of a community & movement that has achieved so much progress in a relatively short space of time. For example, going from criminalisation and state sanctioned homophobia to constitutionally enshrined marriage equality in 20 years. I also have a deep appreciation for our rich Rainbow history, in addition to my identity being supported and affirmed through my work.

Where does your interest in politics come from?

The blame lies entirely with Mary Robinson! I became fascinated by the 1990 Presidential Election and even at such a relatively young age could sense that her election marked something hugely significant for the country. Of course her historic win was indeed a profound moment and symbolised the country becoming more open and socially progressive. As I began to embark on my own journey of discovery as a gay man, a further political awakening occurred – I very much subscribe to the inspiring words of one Harvey Milk when he said that the most political act any gay person can undertake is simply to ‘come out’.

Who inspires you the most?

I am most inspired by those whose extraordinary acts of courage against some truly daunting odds paved the way for the rights and freedoms I and other members of the community enjoy today. Extraordinary individuals such as Senator David Norris and indeed all those who refused the ‘closet’ and lived their lives openly & proudly. They are always foremost in my mind during our Pride gatherings. As are those David Norris type figures in the all too many countries that continue to actively persecute LGBT+ people across the globe.

What advice would you give to someone who wants to get into your line of work?

I would encourage people to seek out a role that best fits their own interests and skill-sets – For some that might be around policy development while others may prefer more direct ‘outreach’. The overriding point is that there is a role for everyone and of course a great sense of personal fulfillment from being a change agent.

What is your biggest accomplishment so far?

I strongly believe that the greatest accomplishment of any LGBT+ person, and I include myself in that, is simply to refuse to be cowed by prejudice and to live an open and authentic life. We are a remarkably resilient community when you consider how from the moment we are born, we have to, in effect, ‘re-interpret’ a world based on heteronormative assumptions.

Why do you think it is important to have LGBTQ+ representation in politics?

LGBT+ visibility in political life is of crucial importance, both to bring about positive change from a position of lived experience and also because it is absolutely the case that ‘If you can’t see it you can’t be it’. Indeed, research we in the NXF commissioned (Burning Issues 2) revealed that seeing openly LGBT+ figures in public and political life ranked as a Top 10 priority issue for our community.

Do you have anything exciting coming up for you in you work?

I’m just back from a hugely inspiring trip to Baltic Pride in Vilnius where I was invited by our Irish Embassy there to lead a Panel discussion on how ‘Proud Cities’ can proactively support equality and inclusion. Members of my panel included the Mayors of Nordic states and also the Biden Administration’s US Special Envoy on LGBTQI+ rights. It was a huge honour to be asked to chair such an esteemed gathering. As part of the Dublin Pride celebrations this year, I am once again organising a ‘Leaders Series’ of interviews featuring the Taoiseach and other significant political figures.

I feel that Limerick can now hold its own with any other city in Ireland in terms of visibly supporting its LGBT+ community. That support has been especially evident in recent years – all the more important when you see the rights of LGBT+ people coming under continuous attack, including elsewhere in Europe and of course the US. Long may Limerick continue on an inclusive and progressive path!

For more information about the National LGBT Federation, go HERE

Related Topics:Adam Long
Up Next