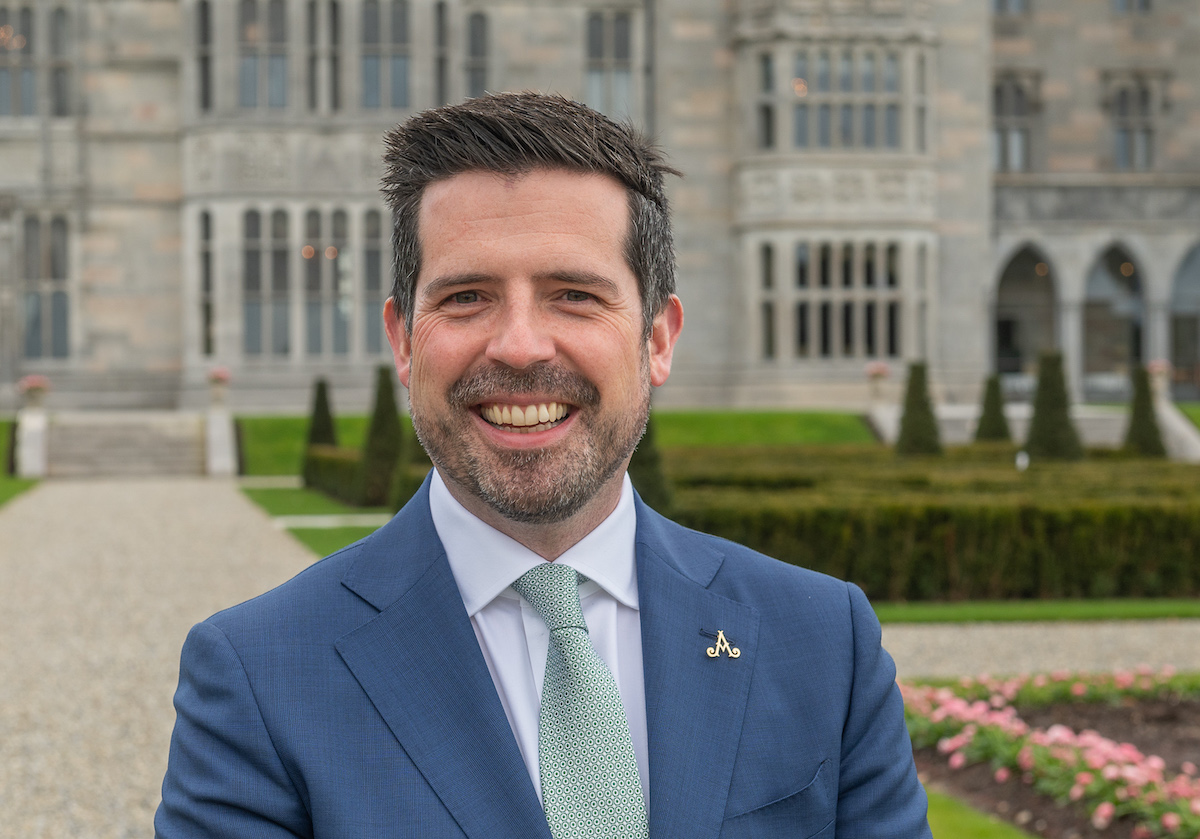 Set on an 840-acre estate, Adare Manor in Co. Limerick is one of Ireland’s leading five-star castle properties.

Adare Manor, one of Ireland’s foremost five-star castle properties set on a historic 840-acres estate in Adare, County Limerick, is delighted to announce the appointment of John Kelly, who has recently joined their team as the new Adare Manor Deputy General Manager.

After many years working and gaining valuable experience in London, he has returned home to Ireland to join the Adare Manor team. He previously worked as the Hotel Manager at The Bloomsbury Hotel, an Irish owned Doyle Collection property based in London. Prior to this role, John worked in a selection of the UK’s most stylish and contemporary hotels, such as The Hoxton Holborn, W Leicester Square and Turnberry Resort in Scotland, a property familiar to many of us as it is home to one of Europe’s top golf courses.

John, a native of Clonskeagh, Co. Dublin, graduated from Shannon College with a degree in Hospitality Management, from NUI Galway with a Bachelor of Commerce degree and became a Vita Futura Management Trainee with Starwood. John’s extensive training and experience covers a comprehensive range of hotel operations, and we are very much looking forward to seeing what new dimensions he brings to Adare Manor.

In his new role as Adare Manor Deputy General Manager, John will hold many responsibilities such as strengthening the organisational culture with purpose, values and behaviours at the forefront, enhancing the guest experience, quality of product and services across the resort.

Adare Manor is delighted to welcome John to the team and wish him the very best of luck with his new role.

Set on an 840-acre estate, Adare Manor in Co. Limerick is one of Ireland’s leading five-star castle properties. The resort re-opened in November 2017 following an extensive restoration, refurbishment, and expansion program over a 21-month period. The largest restoration project of its kind in Ireland, the renovation and expansion honours the building’s architectural heritage as a Neo-Gothic masterpiece while incorporating the latest in contemporary luxury. Most notably, the expansion included a new 42-bedroom wing, increasing accommodations to a total of 104 guest rooms, and a ballroom that can host up to 350 guests.

The beautiful riverside setting is also home to Ireland’s 1st and only La Mer Spa, elegant fine dining facilities including the Michelin star Oak Room restaurant, a championship golf course redesigned by award-winning designer Tom Fazio, trout fishing on the River Maigue, and a host of other estate activities, including falconry, archery, and clay pigeon shooting, which will intrigue even the most experienced travellers. Situated in the heart of picturesque Adare Village in Co. Limerick, Adare Manor is surrounded by medieval ruins, walled gardens, and winding woodland paths and is just 25 minutes from Shannon International Airport.

Related Topics:adare manor
Up Next