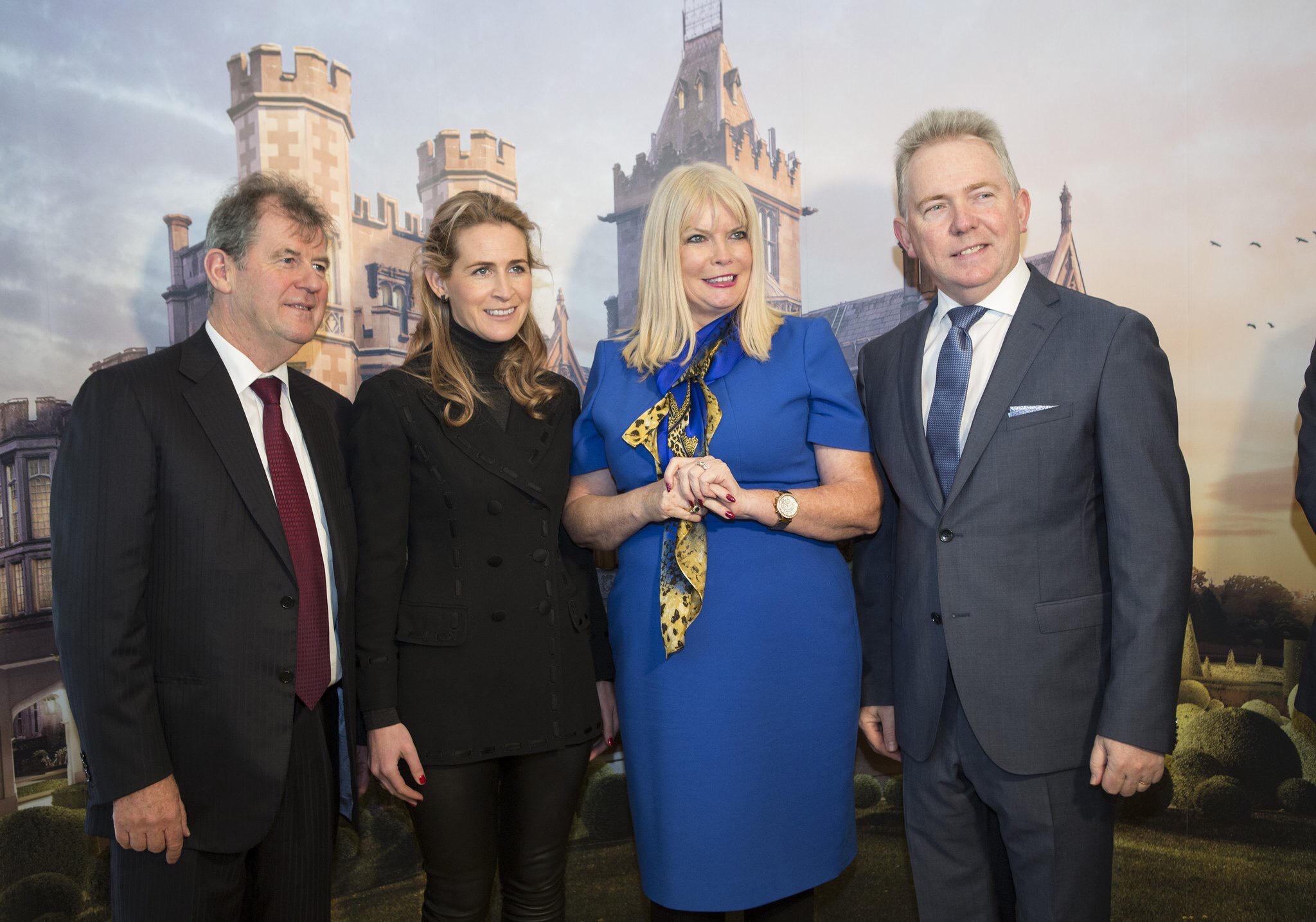 The JP McManus-owned Adare Manor Hotel and Golf Resort has this Monday morning announced it is to begin recruitment for 300 new positions at the revamped hotel.

The five-star resort – currently undergoing a multi-million euro renovation and upgrading – said it was “pleased to announce 300 new direct jobs at the resort, bringing the number of personnel employed, to over 350 people”.

Adare Manor Hotel, has been undergoing major refurbishment and construction works for the past 12 months to enhance all areas of the resort and they are on schedule to open later this year. Currently, there are 670 construction employees working daily on this restoration, refurbishment, expansion and golf course re-design project.

Jobs minister Mary Mitchell O’Connor attended the announcement this Monday, and said: “the creation of 300 new jobs, following on from the over 600 construction jobs during the refurbishment works, is a huge boost for Co. Limerick and the wider Mid-West region”.

“It is also great to see the Adare Manor Resort being redeveloped, given the importance and benefit of tourism to the region. Heartiest congratulations to all concerned,” she said.

Adare Manor Hotel CEO Colm Hannon said the resort – bought by Mr McManus for a fee in the region of €30m in 2014 – had seen “overwhelming interest from all over the world in the major renovation and construction works taking place over the past 12 months.

“During the construction stage over 670 persons have been employed on site with several others employed indirectly in the project. The major refurbishment plans are on schedule and we plan to open in Q4 2017.

“A considerable amount of Irish people working overseas wishing to return to Ireland have expressed interest in positions at the resort. We are delighted to be able to confirm today that we are ready to take applications from suitably qualified personnel to fill these all of these 300 new positions, and would encourage individuals to submit their applications,” he added, noting that the resort expects to contribute in excess of €15 million to the local economy annually when it re-opens.

It has already been confirmed that the Manor will play host to the JP McManus Invitational Pro-Am in 2020, while it is believed that the Martinstown man purchased the resort with a view to returning the Irish Open to Adare and with a long term view of bringing the Ryder Cup to Adare in 2026.

Extensive refurbishment of the Hotel – including construction of a new wing and ballroom – along with “construction and enhancement of the golf course”, began in March of last year.

The restoration works include upgrading and restoring internal finishes, furniture and woodwork, and repairing the external stonework and windows.  The new designs by acclaimed architects, Reardon Smith, and interior designers, Richmond, will enhance all guest bedrooms and public areas.  These renovations will honour the building’s architectural heritage as a Neo-Gothic masterpiece and embody the hotel’s signature style while incorporating the latest in contemporary luxury and technological innovations. They are also expanding the resort by constructing a new bedroom wing, which will add extra bedrooms bringing the total number of rooms to 104 bedrooms; while the addition of a splendid new ballroom will have the capacity of 350 people catering for events and international conferences, both will be clad in limestone, complementing the architectural detail of the original Manor House. In addition, the Carriage House and adjoining Manor Lodges will receive a full upgrade and renovation.

The enhancements are also set to include a state-of-the-art spa, pool and relaxation area, as well as a boardroom and cinema.

Golf course designer Tom Fazio, who has worked on two of the courses at Pinehurst in North Carolina, has also re-designed the course, which will when complete, a spokesperson has said, “set new standards of golf presentation in Ireland”.

To read more stories about business in Limerick click here