Adare Monopoly leading square on the brand new board for Limerick

By Richard Lynch on September 30, 2016@richanthon 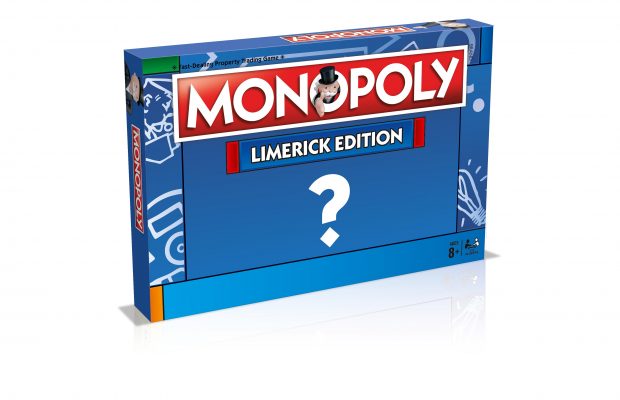 It is sold to the world as Irelands prettiest village and now it’s won first prize in bring the very first set to be announced on the forthcoming MONOPOLY board for Limerick. The makers have included the Adare Monopoly square as the village gets a property site of its’ own in a leisure set of three, which was revealed on September 20.

Adare – with a population of less than 3,000– has seen off much bigger rivals to land a leading square on the brand new MONOPOLY board for Limerick. The board will feature landmarks from across Limerick, but there’s only enough room for 22 that will Pass GO. 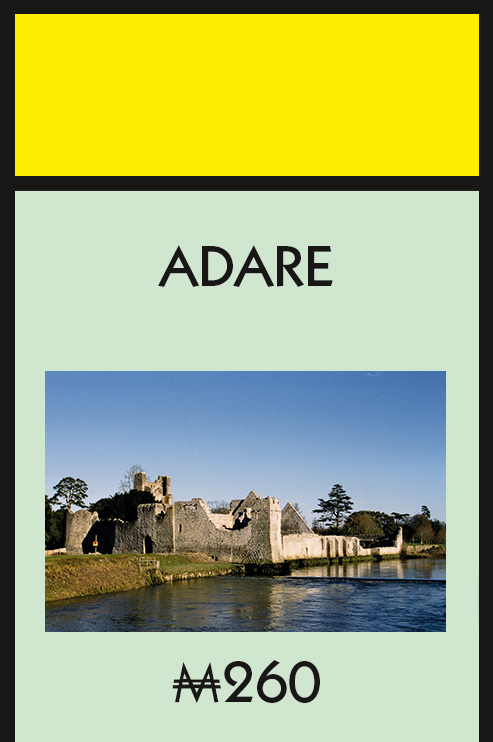 The makers of the board Winning Moves UK, under official license from Hasbro, said today that far bigger villages and towns in County Limerick have lost out to Adare to land a prestigious spot on the board. The set with which Adare will feature is the third most expensive one – a yellow set – with the other two residing alongside Adare being Ireland’s tallest hotel The Clarion, soon to be rebranded Clayton Hotel Limerick (at 57 metres / 187ft) and the River Fest.

“Adare may be small in size but it’s enormous in stature, so they deserved the Adare Monopoly square,” says Jake Houghton. But Mr Houghton, Custom Games Executive – makers of this new official board under license from MONOPOLY owners Hasbro – was tight lipped on who else will feature.

“All will be revealed next month when the game hits shop shelves,” he added.

It’s understood the board – which will hits the shelves on 28th October, at precisely 10am – will be largely themed in sets. As well as the leisure set which is announced here, there will be a sports, heritage, travel, charity and the arts set. The official game will also see the Chance and Community Chest playing cards heavily Limerick-themed too. One will reward players for finding a four leaf clover! Whether Adare will feature in the famous card from the original MONOPOLY – which says: “You have Won Second Prize in a Beauty Contest” – remains to be seen.

Mr Houghton adds: “We are keeping everything else under our trademark MONOPOLY top hats, so to speak until launch day.”

For news on the Limerick Monopoly Board from I Love Limerick click here.