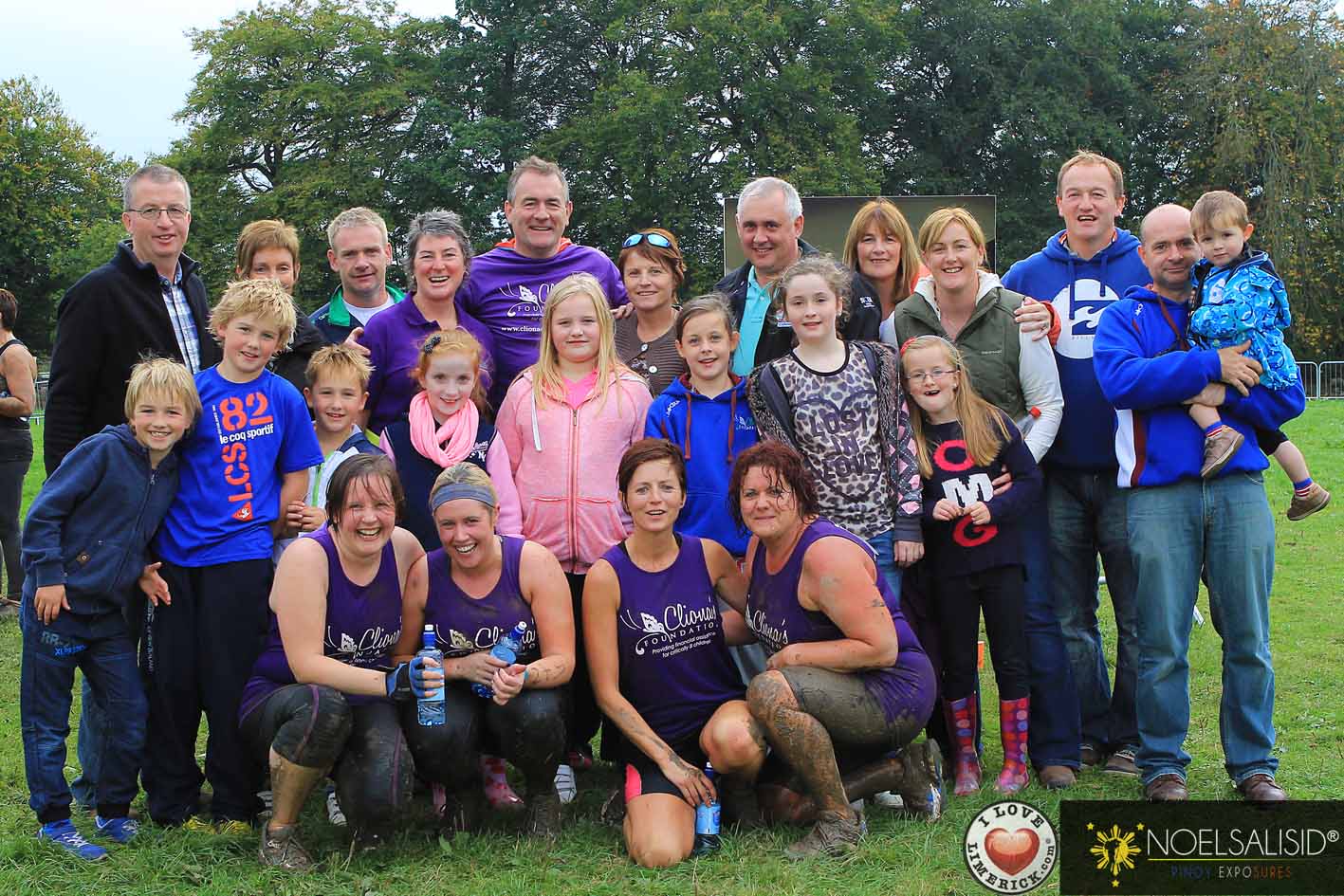 Mud, Sweat and Tears as 600 Adare to Survive!

Clonshire Equestrian Centre outside the picturesque village of Adare in Co Limerick was transformed into a sight that left the usual equine residents somewhat bewildered.  The normal tranquil setting was invaded by Adare to Survive, a 7.5km military style assault course comprising over 30 natural occurring and man made obstacles.Co. Limerick’s first ever mental and physical challenge of this nature involved a lot of mud, sweat and many tears which could be attributed to a combination of emotions such as relief, fear and definitely hysteria as every muscle in the participants’ bodies was put to the test.

“We wanted this to be an experience that participants would remember forever,” explained event director, Ray Nash, who came up with the idea earlier this year.  “Obviously for the positive benefits such as the incredible sense of personal achievement at completing the course.  We emphasised that it was a challenge and not a race.  It’s not every day you find yourself getting into a skip of iced water before crawling on a mud bank under a bed of electric wires!”

Fellow event director, Mark Tuohy was responsible for the course design and said that the event slogan “Endeavour | Endure | Enjoy” was at the heart of the creative process.  “We were determined to produce an original course of the highest quality by incorporating the 4 elements of earth, fire, water and air.  People had no idea what to expect.”

Gerard Burke of UK Biggest Loser fame was one of the 600 people from all over Ireland who faced the challenge, the oldest of whom is believed to be 56 years old.  Television and radio presenter Aidan Power tweeted, “Electrocuted, burned, submerged & buried, all 4 a great cause.”  The cause was Cliona’s Foundation which provides financial assistance to the families of critically ill children.

Many of Cliona’s Foundation supporters participated including their ambassador , the presenter, singer and journalist Leanne Moore, who described the event as “awesome” and said she would definitely be back next year.   Brendan and Terry Ring from Cliona’s Foundation described the atmosphere as “electric” in a literal and figurative sense thanks to obstacles such as the “Electric Eels”.  “The sense of community is so heartwarming,” said Brendan who completed the course in spite of an ankle injury at one of the final obstacles.  “From participants helping each other to get over obstacles to having families and friends at the finish line to cheer loved ones on makes us so proud to be the charity partner of Adare to Survive.  You cannot help but admire the people that have taken on such monumental obstacles but also the vision of Ray and Mark in making it happen.  I would encourage everyone to do it as it is a fantastic personal challenge.”

Ray and Mark have plans to make Adare to Survive an annual event but with an added twist for 2014.  However people may not have to wait 12 months as the duo has received inquiries about taking it to other settings in Ireland.  For updates visit www.adaretosurvive.com and until 2014 “Endeavour | Endure | Enjoy…”

The organisers of Adare to Survive and Cliona’s Foundation would like to extend their heartfelt gratitude to the many many people who helped make Adare to Survive a reality.  From sponsors to volunteers, to participants to spectators – a huge thank you!

Photos By CARLOS DASCO For ILoveLimerick.Com . ALL RIGHTS RESERVED.

Photos By NOEL SALISID For ILoveLimerick.Com . ALL RIGHTS RESERVED.