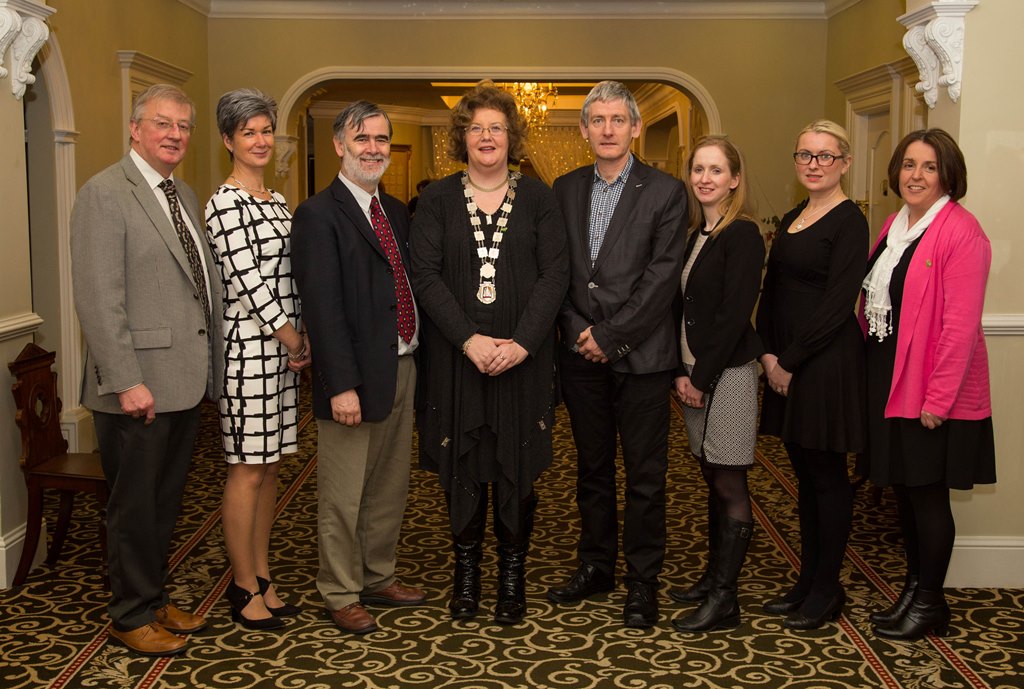 The Chairman of Kilkenny Tidy Towns, which guided the Marble City to National TidyTowns success in 2014, was in Adare on Wednesday evening to offer advice to over 150 TidyTowns volunteers from across Limerick.

Organised in collaboration with West Limerick Resources and Ballyhoura Development Association, the event also featured a talk by Tidy Towns Adjudicator Anne O’Leary on what judges look for when visiting competing villages and towns.

There was also guest presentations from Pauline McDonagh of the Southern Region Waste Management Office about sustainable waste management and resource efficiency, Noel Earlie of the JP McManus Benevolent Fund about ‘Team Limerick Clean Up’, and Sinead McDonnell of Limerick City and County Council’s Environment section about the supports available to TidyTowns Groups.

Cllr. Kevin Sheahan, Mayor of Limerick City and County Council explained, “The expert advice offered in Adare demonstrates that TidyTowns groups are not alone when it comes to preparing their competition application.”

“TidyTowns success does not happen overnight nor does it evolve from the work carried out by any one individual or group. Such success is the culmination of careful planning and a community-wide effort,” added the Mayor.

“60 Limerick TidyTowns Groups and hundreds of community volunteers participated in the 2014 competition, which is testament to City and County’s proud and longstanding association with the initiative. The work they are undertaking on a daily basis, all year-round is making Limerick a more attractive and vibrant place to live and visit,” said Mayor Sheahan.

Limerick’s participants in the 2015 National TidyTowns Competition will be hoping to emulate the 2014 successes of Adare (Gold Medal), Ardpatrick, Newcastlewest and Galbally (Bronze Medal) and Elton (Special Endeavour).

You can check out the Limerick TidyTowns on their Facebook page here, and on their Twitter here.

You can also check them out on the Limerick TidyTowns website here.