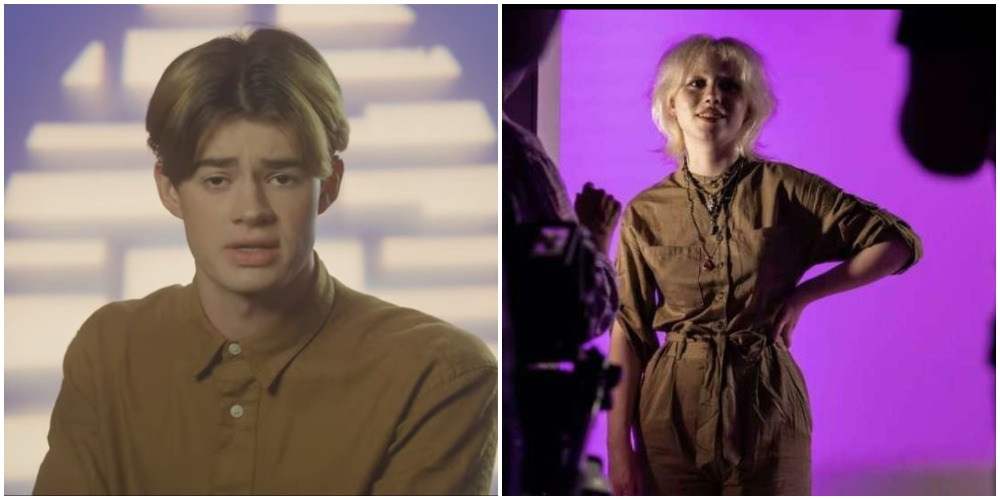 Due to Covid restrictions, the group was not able to meet in person, rehearsing instead via Zoom and met each other for the first time many weeks into the process.

‘Aftertaste’ is a new play by playwright Ciara Elizabeth Smyth and Artistic Director Veronica Coburn for the 2021 National Youth Theatre (NYT). The play features a cast of sixteen young actors and six young designers from youth theatres across Ireland who have been working tirelessly over the last eighteen months to create a new play about power and chaos.

Odhran found the experience to be very interesting, saying, “It was brilliant to see how people adapted to theatre with COVID and it was good to see how not at one point did anyone in the cast, crew or production team ever give up and say COVID was too much.

“The people I worked with were beyond talented and friendly, and whenever I was acting with anyone I could feel that everyone wanted to do their best to pull the production together. It was brilliant to get to meet and work with all 15 of the other youth cast and the 6 design crew and it really meant a lot that even through the lockdown we were all able to work together and pull together something excellent that we can all share and we all know we worked so hard on.”

Daisy, who wanted to be part of the NYT since they were 14, couldn’t believe it when they got the call to say they got in, said “I thought they called the wrong person and even asked her to verify that she meant to call me. The whole experience was amazing, I’m so grateful to have gotten the opportunity to do something I love so much with such amazing people and on a production with such meaning to myself and so many others. NYT really worked with what they could do and brought together something I don’t think any of us expected.”

The play offers a theatrical exploration into a world full of chaos, violence, and greed. It is set in a post-lockdown Ireland with a fascist new government filled with young, righteous, left-leaning politicians who want to control the population. Its Health and Wellness Act, hurriedly signed into law, has made it illegal to possess or consume unhealthy food. Resistance is growing, with some young citizens taking to social media to challenge those in power.

Eadie Birch’s world is upended when her sister Lila, a popular Junk Advocate, goes missing under suspicious circumstances. So when Eadie sees an opportunity to get close to high-ranking Government officials, she takes it. Can she find out what happened to her sister, or will the same fate befall her?

Due to Covid restrictions, this year’s National Youth Theatre group wasn’t able to come together in person, rehearsing instead via Zoom and meeting for the first time many weeks into the process. Instead, the group has filmed their pieces for the production at the Peacock Theatre in Dublin.

The play can be viewed on the Abbey Theatre’s YouTube channel until Sunday, August 15.

To view the play go HERE

Related Topics:national youth theatre
Up Next