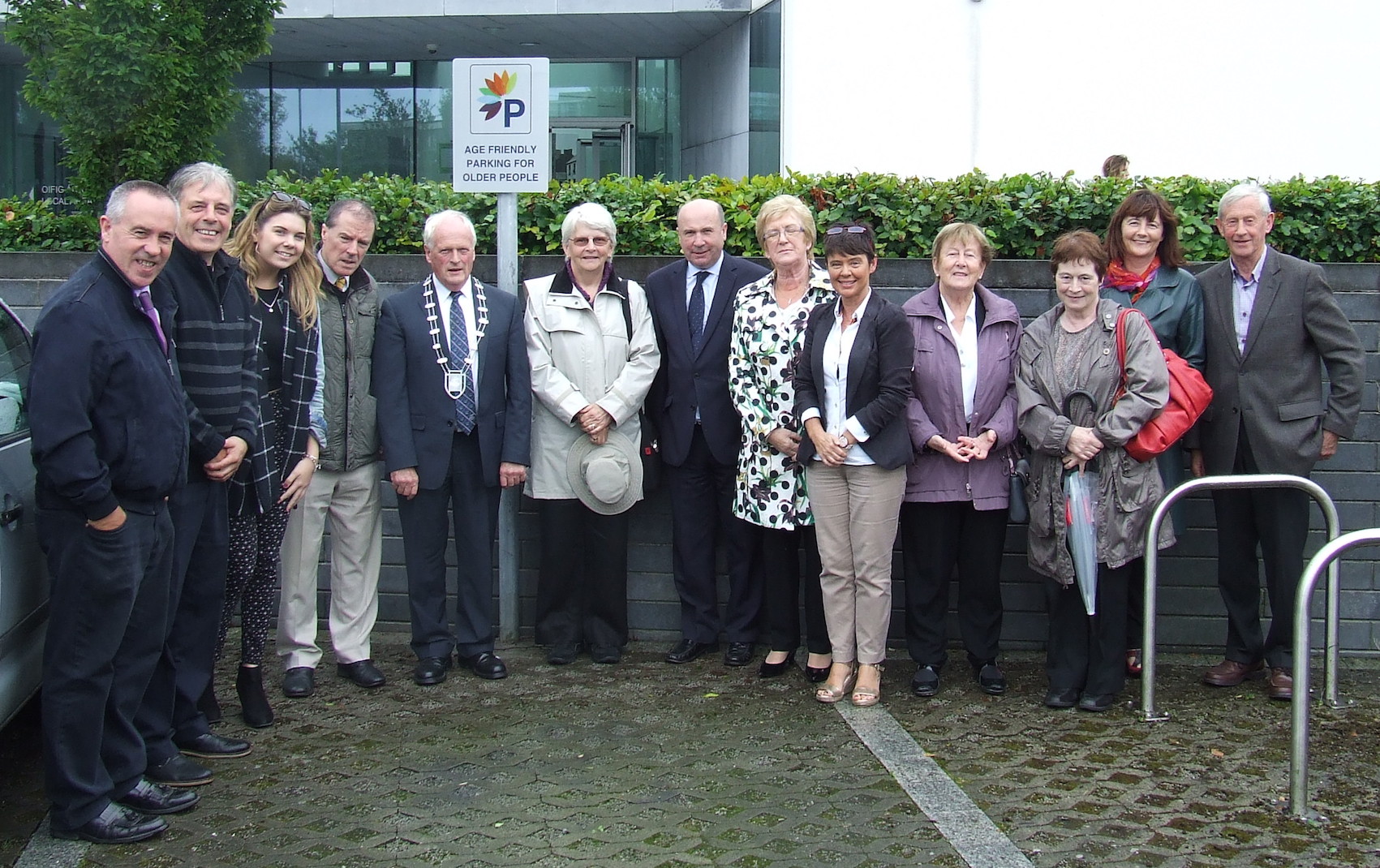 Special signs have been erected at designated parking places, similar to the ‘parent and child’ spaces in car parks across Limerick.

The initiative is one of a number of projects being undertaken to ensure that Limerick is prepared for the future.  Limerick’s population of older people is forecast to more than double by 2036, and Limerick City and County Council wants to have the framework and services in place to cater for them.

Speaking at the unveiling of the spaces at Limerick City and County Council Area Office in Kilmallock, Cathaoirleach of the Cappamore/ Kilmallock Municipal District Cllr Eddie Ryan said: “Congratulations to the council for introducing these new age friendly parking spaces.  It’s good to see the local authority responding to issues raised by citizens across the city and county.”

“I hope other car park providers will see the benefits of these spaces and introduce them as well,” he added.

“The introduction of the age friendly spaces is just one of a number of age friendly actions being undertaken by Limerick City and County Council as part of its Age Friendly Limerick Strategy 2015 – 2020.  The strategy was adopted following consultation with Older People throughout Limerick and endorsed by the Limerick Older People’s Council.”

“They are courtesy spaces, just like parent and child spaces.  Age Friendly Limerick is calling on supermarkets, shopping centres, and any business with customer parking to follow suit and designate a space for older people,” she added.

For more news on the Limerick City and County Council from I Love Limerick click here.