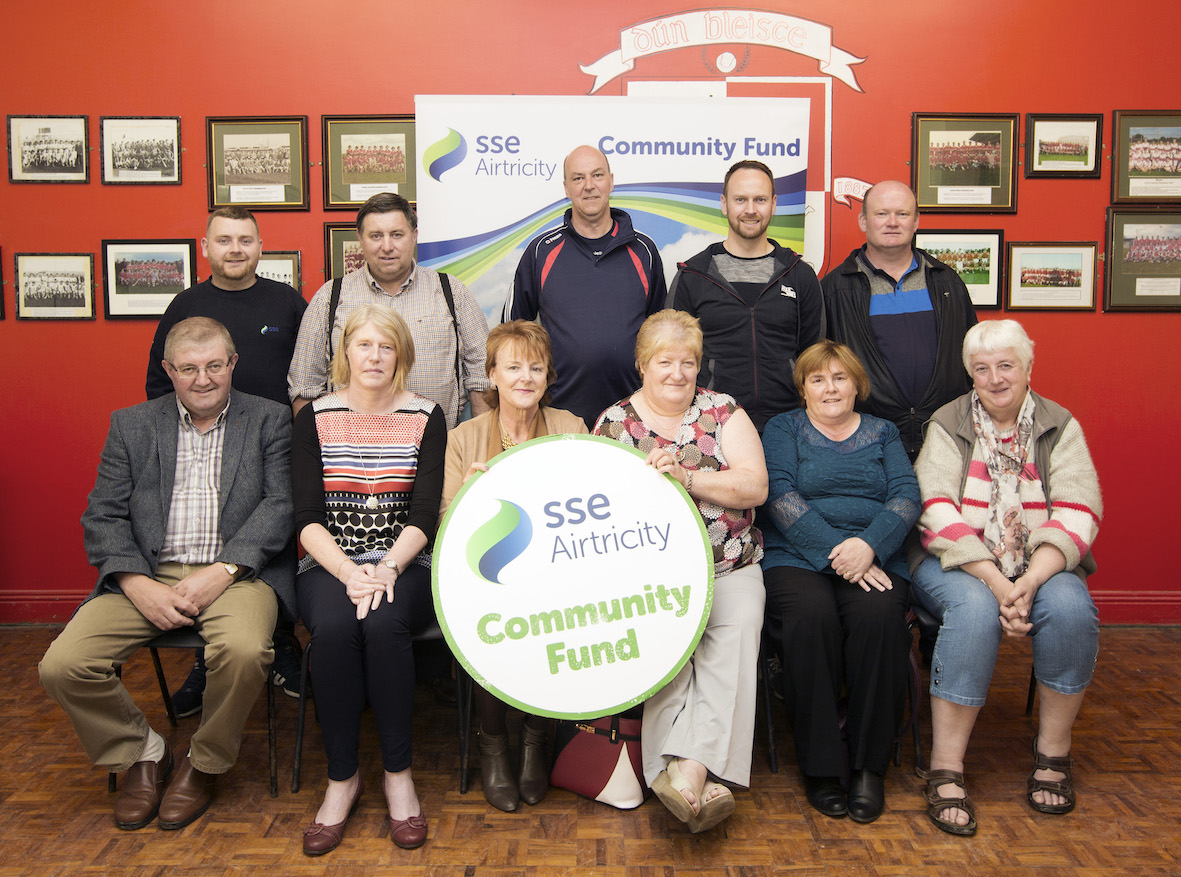 SSE Airtricity, Ireland’s largest provider of 100% green energy, has handed out more than €12,000 to community groups near its Knockastanna Wind Farm close to the Limerick and Tipperary border. This year’s Community Fund brings the company’s overall contribution in the region to €144,749 since 2010.

The presentation took place at Doon GAA Club on Tuesday 21 May. A total of eleven local groups benefited from the payout of €12,428, including schools, sports clubs and community organisations. Through its Community Fund programme, SSE Airtricity makes annual contributions to community groups in the vicinity of its wind farms.

Anne Reynolds, SSE Airtricity Community Development Officer, said: “We’re delighted to be awarding this year’s funding to 11 forward-thinking and deserving local groups. It’s great to see so much of the money going towards improvements in energy efficiency, which will help to reduce heating bills and ultimately lead to a greener and more sustainable environment for the whole community. We’ve now donated over €144,000 to local projects near Knockastanna Wind Farm, in line with our continued commitment to the communities closest to our wind farms.”

Rearcross National School will be putting this year’s funding towards replacing all radiators in the old section of the school. Acting Principal, Siobhan Corcoran said: “Installing new compact radiators with thermostatically controlled valves will greatly reduce our heating bills as the old radiators are inefficient and the old system required the heat to be on for long periods of time.”

SSE Airtricity’s Knockastanna Wind Farm has a total capacity of 6MW and generates enough green energy to power over 2,000 homes in the region.