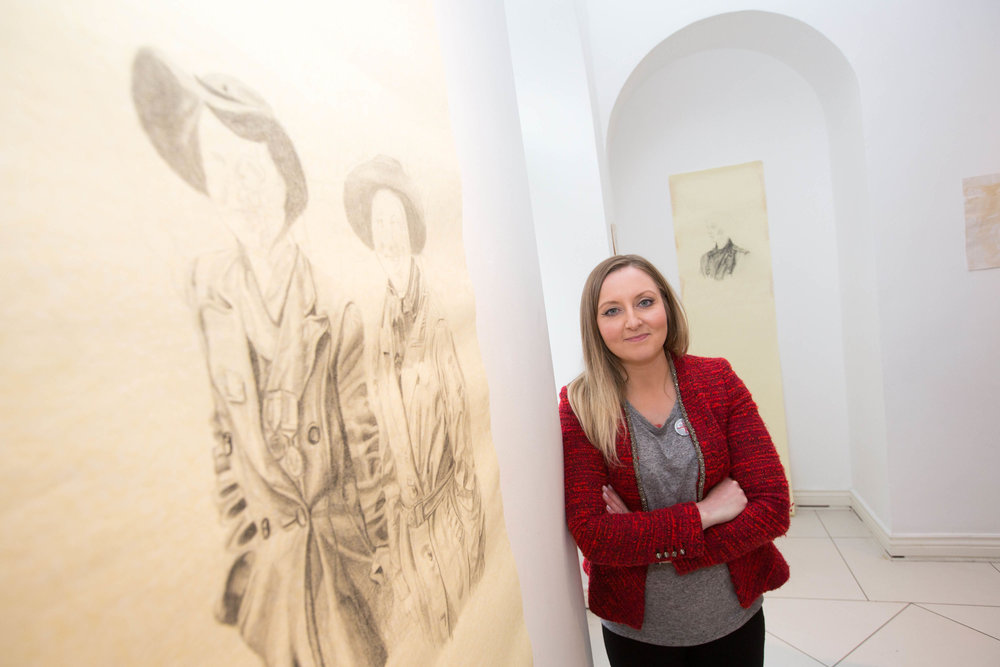 ‘As If She Had a Right To Be There’, an exhibition by Aislinn O’Keefe is going to be shown at The Gallery in the Limerick Milk Market. The exhibition was opened on Thursday June 9 and will be shown until June 30.

Aislinn O’Keefe was a student in Limerick School of Art and Design and studied Fine Art Painting. She went on to do a masters in University of Limerick to study History of Art and Architecture. Her pictures of political movements display her keen interest in politics.

As If She Had A Right To Be There is an evolving series of work exploring women’s involvement in the Irish struggle for an independent nation. Many photographs remain from the early 20th century which attests to women’s participation in attempting to secure a free Ireland. These photographs are a starting point for the work which attempts to make visible the invisible army of women who contributed so much to this nation through a series of drawings.

The drawings feature women in the early 20th century marching in uniform and others feature what was expected from women at that time.

The artist uses mundane, household items such as wallpaper and tea to showcase for the attitude towards women that they should be domestic and stay in the house.

These experiences are further explored through embroidered text pieces. A number of text pieces also explore the views of members of the Establishment of the time and legal articles pertaining to the stunting of women’s participation in Irish society. Some pieces also present quotes spoken from women at the time and show their attitudes towards society’s views on women and how they felt.

The pictures are part of the Limerick 1916 Commemoration.

You can find Aislinn O Keefe’s Art on Facebook here.