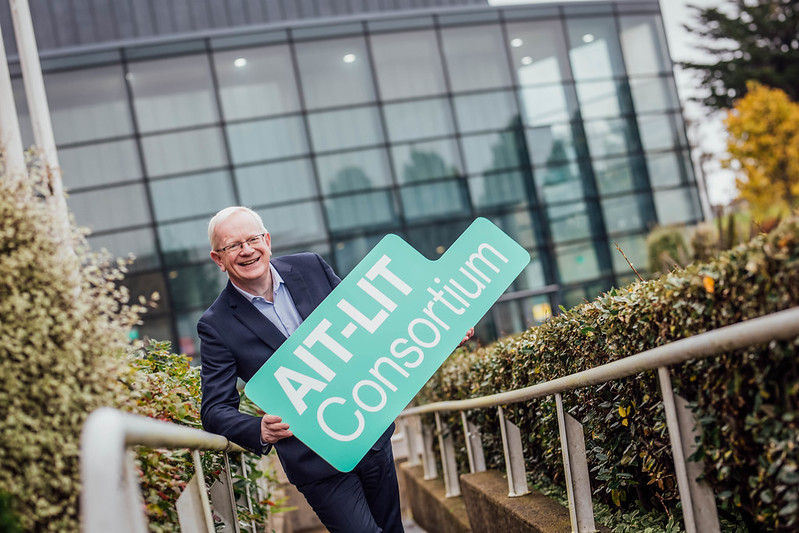 Limerick on course for second university by September 1, as AIT LIT Consortium application goes to Government

Limerick on course for second university by September 1, as AIT LIT Consortium application goes to Government

Limerick is on course to become a county and city with two universities as early as this September, following confirmation that the AIT LIT Consortium has formally submitted its Technological University application to Government.

The new Technological University for the Mid-West and Midlands is expected to comprise a student population of up to 15,000 and a staff complement of approximately 1,200 people across six campuses – two in Limerick, with one also in Athlone, Clonmel, Ennis, and Thurles.

An economic impact study commissioned by the consortium has found that the combined impact of the two institutions on the Irish economy is close to €420 million euros in economic output, while they support more than 800 jobs in addition to their own staff complement.

The consortium – which formally commenced in October of 2019 – has targeted a date of September 1 next year for the new university to open, and is today (Monday) also embarking on a broad consultation process to name the new Technological University.

Academic unions in both LIT and AIT have voted overwhelmingly in favour of measures contained in the Technological University project plan.

Commenting on the AIT LIT Consortium application, President of LIT, Professor Vincent Cunnane said, “We are on a pathway to deliver a unique new Technological University that will cross regions and transcend geography.  While this will be an institution of scale, it will retain the familiarity of local campuses across two significant regions.  This enables us to act as a regional development powerhouse into the future, delivering education and research that will benefit students, educators, communities, business and industry in a strategic way.  Our approach is based on partnership and consensus, and is indeed underpinned by consultation with staff, students and other stakeholders.  The consortium has a strong set of shared values and a shared ethic that provides a firm foundation to deliver on our future strategy.”

We are delighted to announce that the @AIT__LIT has been successful in its application to join a new forward thinking education alliance which will enable students to obtain a degree by combining studies in multiple EU countries #THEA2020 https://t.co/ulWPYNH5lk

President of AIT, Professor Ciaran Ó Catháin said of the AIT LIT Consortium application, “This is a transformational development for the Midlands, and once it comes to fruition, it will provide significant social and economic benefit to communities across the region and beyond. Becoming a TU will broaden access to higher education and create opportunities in areas that have previously been underserved with respect to apprenticeships right through to PhD. I am immensely proud of the progress that have been made since the formation of the AIT LIT Consortium a little over a year ago and of our staff, who have worked together in the spirit of common purpose to share knowledge and expertise. This has culminated in us reaching and surpassing the substantive TU metrics set out by Government and increasing our research capacity. Our commitment to our technological mission is resolute and will result in a talent pipeline of professionally and technically skilled graduates capable of propelling regional and national growth.”

Professor Tom Collins, AIT LIT TU Consortium Project Facilitator congratulated the “management, staff and students of both institutes, who in a short time and through all the challenges of the current year, have re-imagined the future of the two institutions around a compelling vision for a new Technological University in the Irish Midlands and Mid-West.”

For more info on the AIT LIT Consortium go HERE

For more stories on the AIT LIT Consortium go HERE