By Richard Lynch on March 8, 2019@richanthon 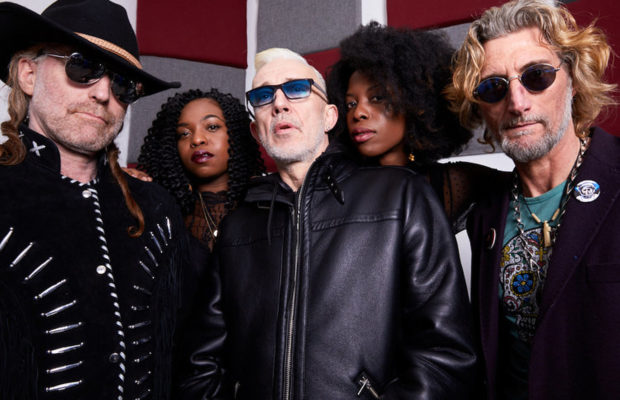 Dolans Presents have announced that English electronic band Alabama 3 are set to make a welcome return to Dolans Warehouse this year. The band will bring their blend of country, blues, and acid house for a one-off unplugged gig at the Warehouse on Thursday, 30th May.

Alabama 3 are most known for their track “Woke Up This Morning” which was used for the show’s opening credits of the TV series The Sopranos.Alabama 3 were founded in Brixton, London in 1995. Starting their act under the alias the First Presleyterian Church of Elvis the Divine (UK), the group eventually switched names to Alabama 3 and signed with One Little Indian Records in 1997 for the release of its debut album, Exile on Coldharbour Lane.

Their second album, La Peste, featured bassist John “Segs” Jennings of the Ruts under the stage name Frank Zappatista.
Alabama 3 return to Limerick as the band embarks on a tour armed only with a battered acoustic guitar and harmonica. In homage to the classic delta blues slide players like Mississippi Fred McDowell, Howling Wolf and John Lee Hooker the band will present their own narco-acoustic slant on Alabama 3 and the music that has inspired the band along the way.
Complete with Larry Love’s gravelly ash-stained vocals, Nick Reynold’s bank robber melodies on harmonica, this should prove to be a raucous show, which is in no way constrained by the boring maxim that often goes with acoustic gigs!

Their most recent album, 2016’s Blues, is a ten song collection of futuristic country numbers, some with strong electronic grooves, whilst others are more rooted in traditional sounds. Each tells a story with vivid and frank lyrics, much like the album’s lead single ‘I’ll Never Be Satisfied’.

Audiences at the Limerick gig will enjoy acoustic arrangements of the latest recordings along with their back catalogue of hits this.
Tickets for Alabama 3’s acoustic gig at Dolans Warehouse are on sale now and can be purchased by contacting the Dolans box office or by logging on to www.dolans.ie