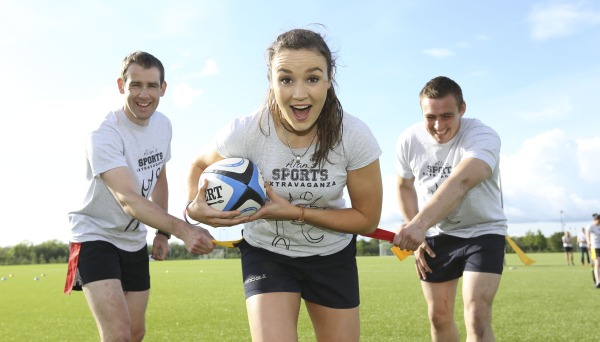 – IN AID OF THE IRISH KIDNEY ASSOCIATION – 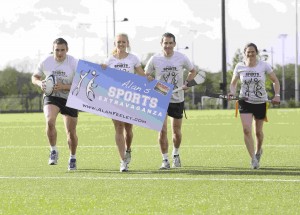 Thousands are expected to arrive at the University of Limerick’s North Campus on Saturday, 2nd August to compete in a unique one day sporting event, Alan’s Sports Extravaganza held in memory of Alan Feeley (28) who died suddenly after suffering a brain haemorrhage on Monday 11th November 2013. A PE teacher of Scoil Na Trionoide Naofa, Doon, Co. Limerick, Alan was a stellar example of someone dedicated to the promotion of sport and its health benefits through both his career in education and in his personal life. 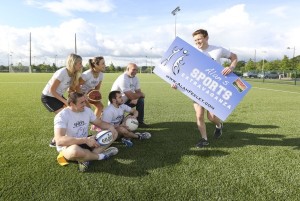 Aiming to raise awareness of both Organ Donation and physical activity in Ireland, Alan’s Sports Extravaganza will centre on a tag rugby tournament with a diverse range of other activities taking place on the day from group fitness classes, kettle bell classes and weight lifting, to tug of war and much more.

By carrying an organ donor card, Alan created a legacy and became a hero with six of his organs used to save the lives of five others. In signing his donor card Alan knew the potential impact he could have on someone’s life. What he didn’t know, was the impact his decision would have throughout the country. In the immediate aftermath of his death the Irish Kidney Association (IKA) reported an 8 – 10 fold increase in the requests for donor cards via their Freetext service. Approximately one in six of these requests came from the Limerick/Mayo region. 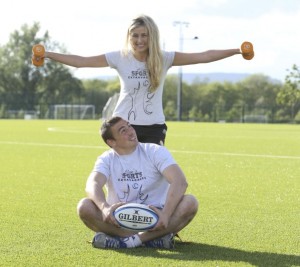 Joanna Clifford with Munster & Irish Rugby’s Tommy O’Donnell at the launch of Alan’s Sports Extravaganza, a fun day of tag rugby and sporting activities taking place on Saturday August 2nd, in memory of Alan Feeley in the University of Limerick North Campus.

Commenting at the launch Susan Cannon a representative from the Irish Kidney Association stated ‘ I have watched Alan’s Sports Extravaganza go from strength to strength in the last few months and this is in no small part due to the hard work  and dedication undertaken by Alan’s family and friends. The event is not only a wonderful tribute to his life and to the life he has given to others but also will go a long way to raising awareness about the importance of organ donation.’

Presented by RTE’s Irish games commentator Mícheal Ó Muircheartaigh and the Feeley family, a ‘Slick and Stylish’ ball will take place in the South Court Hotel, Limerick after Alan’s Sport Extravaganza where guests will enjoy a three course meal, an awards ceremony and prizes for best dressed on the night.

To find out more information on how you can be part of Alan’s Sport Extravaganza and register your team for the tag rugby tournament visit www.AlanFeeley.com.