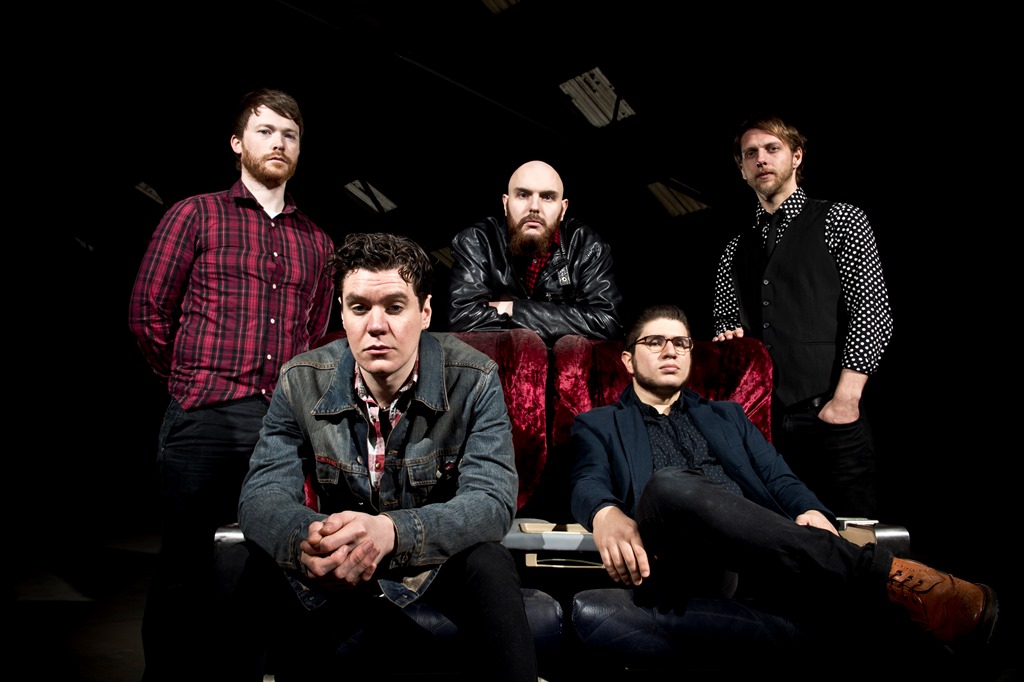 If you have an interest in rock music of any type then Fox Jaw’s new album ‘Ghosts Parade’ is one album you won’t want to miss!

After a year in hiding, writing, recording & honing their craft, Fox Jaw are ready to release their second long player, ‘Ghost’s Parade’, and are equipped with a sagacious mind for the road ahead.

Songs that are set to chart toppers include the newly released single ‘Falling Debris’ which is the third single from the upcoming sophomore album and Kerosene in which our own Richard Lynch stars in the music video alongside Kevin Kiely Jnr as a raging psychopath! Take a look at the video to Kerosene here:

Other unforgettable songs on the album include the eerie ‘Dug Up From Underground’, ‘Caked in Sin’ and ‘Food for The Soul’.

As was working with a producer for the first time – Dave ‘Skippy’ Christophers, veteran of work with Josh Ritter, Whipping Boy and Mundy. Owen Lewis, an engineer from Limerick who worked on album number one, was also enlisted, while a decision to record it in the Bishops’ Palace paid dividends, adding to the expansive, dark and brooding sound on the record, one that hints at the surroundings it was recorded in.

As Fox Jaw Bounty Hunters the central three piece of Mitchell, Morgan Nolan and Shane Serrano released the 2011 debut The Devil In Music, one that rang with a chillingly dark tone, an album that boasted reference points as diverse – we thought – of Queens of the Stone Age and Joe Cocker.

New faces were added to the line-up in the form of Manolis Sheehan and Kieran J Sims, both experienced musicians and the name was shortened to Fox Jaw. New directions were experimented with also, leading to an album that plays with the notion of the typical ‘Fox Jaw’ sound.

A simple background check on the band reveals that the guys are one of the hardest working bands in the country. Formerly Fox Jaw Bounty Hunters, they released their debut album ‘The Devil In Music’ in 2011, and played close to 100 shows within 24 months, across Ireland, the UK & Canada (80 of those shows were within the first 10 months!). With many festival appearances including Indie Week (Toronto), Glasgowbury Festival, Vantastival, Arthur’s Day, Knockanstockan and even being added to the Main Stage at Indiependence Festival to share the boards with the like of Ash, Editors & Therapy?. Going from strength to strength, featuring on a Becks Vier TV advertising campaign, a flip cover of Hot Press, and receiving an ‘Album Of The Year’ Award from Independent UK music website, The Underclassed. There’s a strong chance you’ve come across this band before, without even realising!

So what are you waiting for?  The new album ‘Ghost’s Parade’ is out now to download, on CD and Limited Edition Clear Transparent 12” Vinyl!