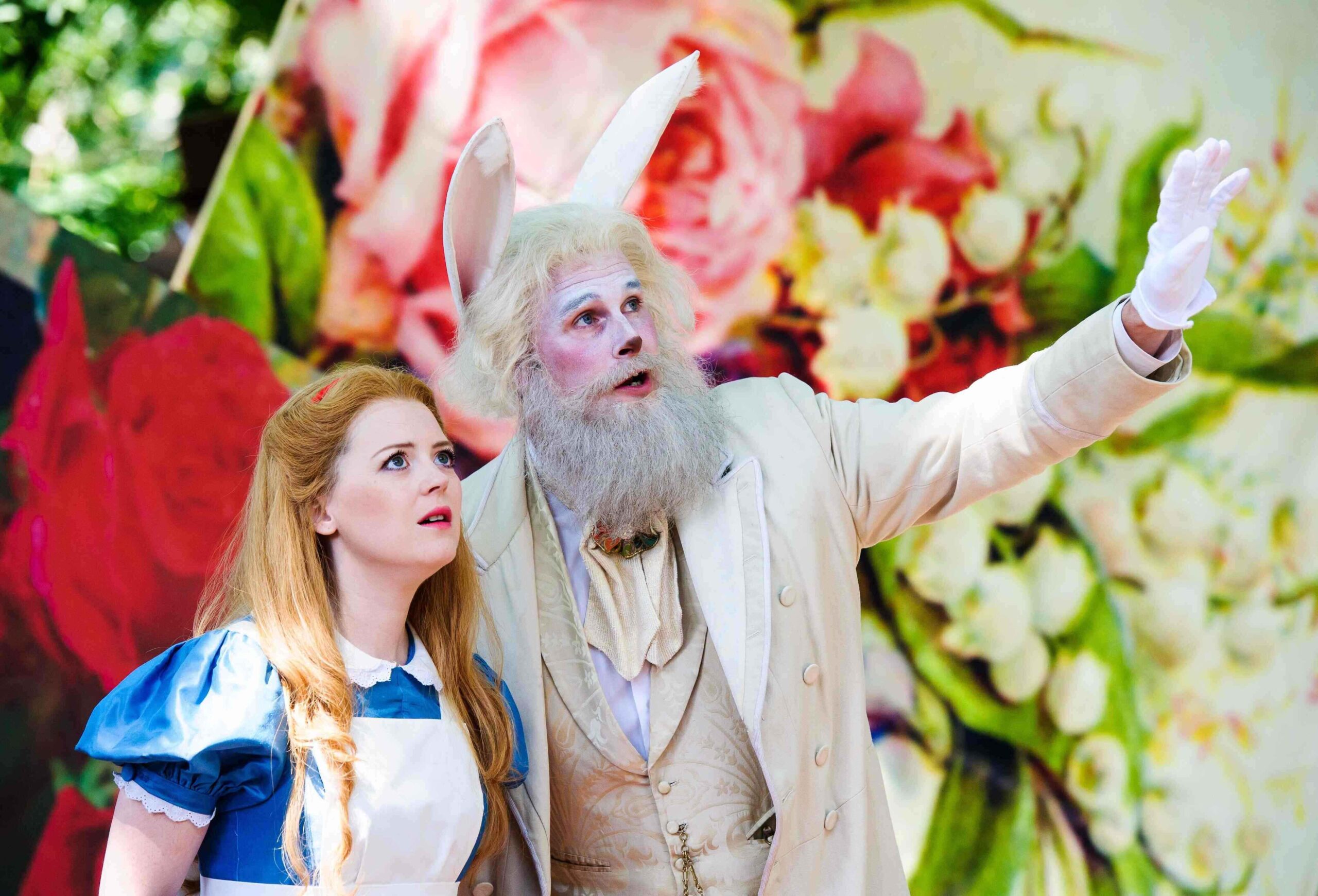 Opera Collective Ireland presents the Irish premiere of Alices Adventures in Wonderland, an opera for all the family based on Lewis Carroll’s beloved children’s book. Composed by Will Todd with a libretto by Maggie Gottlieb, this fun and engaging opera opened to rave reviews at its Opera Holland Park premiere in 2013. Directed by Caroline Chaney with set and costume designs by Leslie Travers, Opera Collective Ireland’s touring production features a vibrant young Irish cast and the Irish Chamber Orchestra conducted by Stephen Barlow.

11-year-old Alice is jolted out of her daydreams when she meets a talking Rabbit who insists she follow him to a mysterious Wonderland… In this fantastical place, Alice comes across a number of peculiar characters, including a relaxed caterpillar, a happy cat, a depressive hare, a white knight, a romantic duchess, a mad hatter and a sleepy dormouse, and learns that all is not well in Wonderland…

From the familiar characters, blues-inspired music and comic texts, this can be enjoyed by audiences young and old.

One of the best-known works of Victorian literature, its narrative, structure, characters and imagery have had huge influence on popular culture and literature, especially in the fantasy genre. The book has never been out of print and has been translated into 174 languages. Its legacy covers adaptations for screen, radio, art, ballet, opera, musicals, theme parks, board games and video games. Carroll published a sequel in 1871 entitled Through the Looking-Glass and a shortened version for young children, the nursery “Alice”, in 1890.

Commissioned and originally produced by Opera Holland Park, funded by the Arts Council of Ireland.

To book tickets to Alices Adventures in Wonderland, go HERE

Get Egg-cited! The Limerick Easter Bunny is back