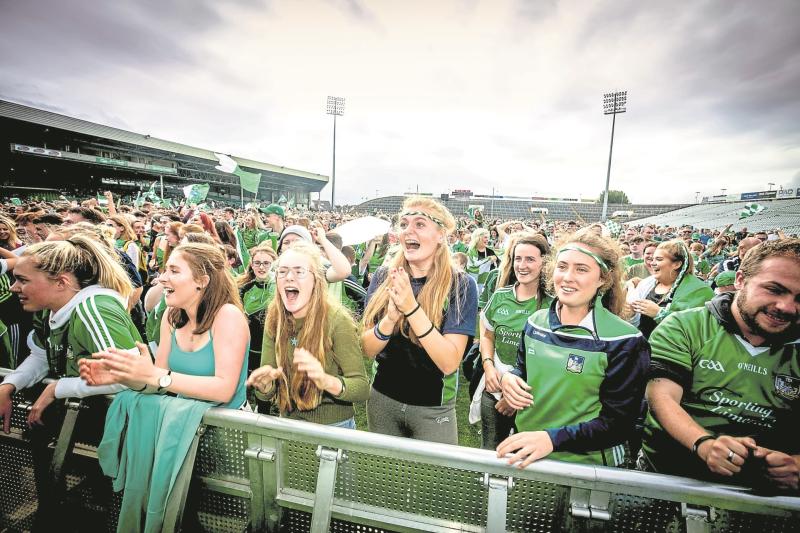 It’s the next best thing to being there!

Limerick hurling fans not heading to Croke Park for the All-Ireland Hurling Final on Sunday 17 July will be flocking to TUS Gaelic Grounds instead, as details have been announced for a big screen to show the match in Limerick GAA Headquarters.

Presented by Limerick GAA in partnership with Limerick City and County Council, there is no place better to show your support for Limerick’s hurling heroes than at the Big Screen at TUS Gaelic Grounds and help create a magical atmosphere that only happens on All-Ireland Final Sundays.

Mayor of the City and County of Limerick Cllr Daniel Butler said: “Our hurlers have been the pride of Limerick since they bridged the 45-year gap by winning in 2018. Now they are only 70 minutes away from a famous three-in-a-row. I know many people would love to in Croke Park but can’t make it, so TUS Gaelic Grounds is the next best thing.”

“I’m delighted that the GAA, with the support of Limerick City and County Council are putting on the Big Screen to allow supporters gather and cheer on our team. Let’s make sure the players can hear the Limerick roar as they run onto the pitch in Croke Park next Sunday.”

John Cregan, Chairman of Limerick GAA said: “We are delighted to partner with Limerick City and County Council on this family-oriented All Ireland Final July 17event, which hopefully will allow supporters who were unable to secure tickets to enjoy a stadium atmosphere. Luimneach Abú!”

With gates opening at 2pm there will be live music and DJs cranking up the crowd in the lead up to the throw in at 3.30pm.

The All Ireland Final July 17 event is for all ages.

Tickets are on sale from just €10 plus booking fee at Ticketmaster.ie from 9am on Thursday 07 July 2022.

Family tickets are €25 for two adults and three children with €5 for each additional child. Booking Fees apply.

Under 16s must be accompanied.