By Richard Lynch on September 18, 2018@richanthon 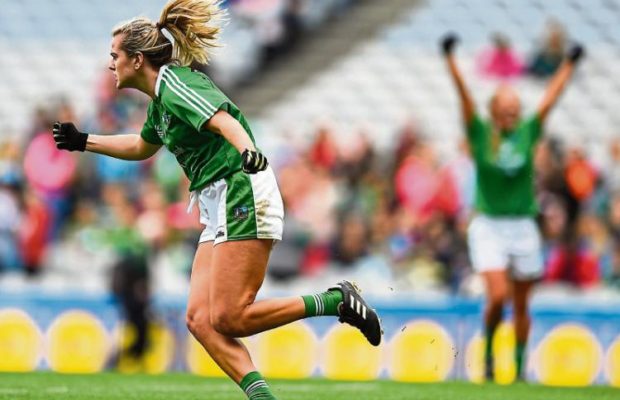 Limerick had another brilliant display of sportsmanship in Croke Park on Sunday for the All Ireland Football Final when the Limerick were crowned the TG4 All Ireland Junior Ladies Football Champions.

John Ryan’s team saw the girls power through goal after goal to win their first title in eight years with the final score being 5-6 to 0-8.

Louth took the lead early in the game but Limerick weren’t long getting into the swing of things when they fought back to take the level the game at the 15-minute mark.

Limerick pushed remarkably ahead in the 18th minute when they scored the first of a round of three goals within minutes of each other. The goal came from Mairead Kavanagh after a star stellar play from the Limerick ladies.

Within three minutes the ball was buried yet again in the back of the net by centre-forward Rebecca Delee after Loretta Hanley made an incredible break down the middle of the pitch to set up the fantastic goal.

Goal number three came in the 23rd minute and it was Kavanagh again who booted the ball into the net, finishing off the scoring for the first half of the match, leaving Louth trailing ten points behind at the halfway mark.

Louth, however, pulled themselves together when they returned to the playing field in Croke Park for the start of the second half and began playing like a team not seen in the first half of the match and finally ended a 30-minute stint without a score when Kate Flood’s boot of the ball soared over the bar.

Then luckily for Limerick they recovered themselves and went for the win with two goals in 90 minutes to more or less secure their win over the Louth side.

The first goal came from Galway native, Cliona Ni Cheallaigh after Kavanagh, playing a blinder won a long ball into the attack and setting up the goal for Limerick’s taking.

Before Louth could recompose themselves the ball was again back in the net burying Louth’s hopes of an All-Ireland win.

The Limerick champions ended a spectacular match with 5-6 to 0-8, sending Louth home without a trophy but another success story for Limerick GAA.