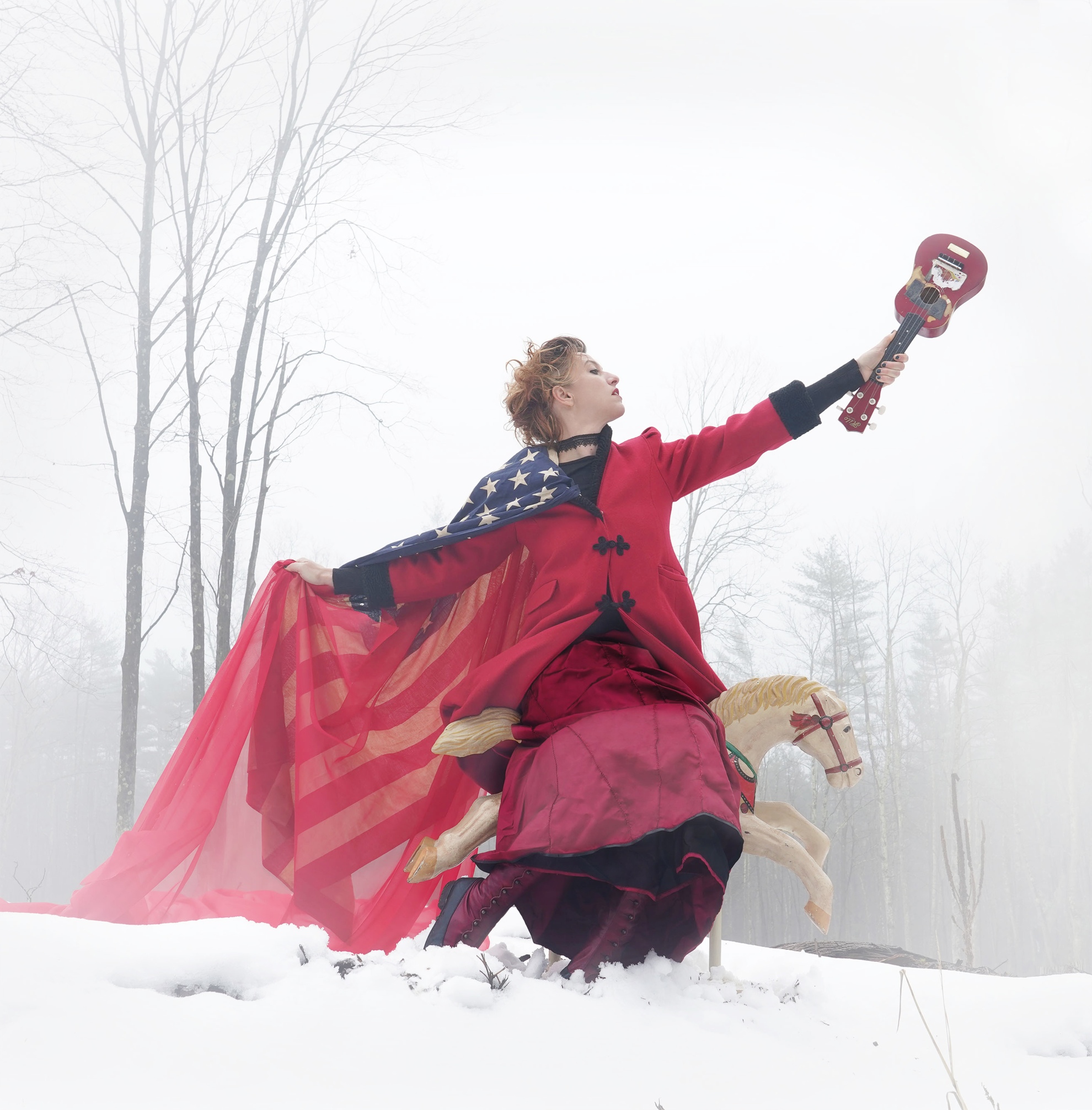 Amanda Palmer has announced an extensive new autumn 2019 UK & Irish tour in support of her latest highly-acclaimed third solo album There Will Be No Intermission and will be coming to the University Concert Hall on October 27.

Amanda Palmer has announced an extensive new autumn 2019 UK & Irish tour in support of her latest highly-acclaimed third solo album There Will Be No Intermission and will be coming to the University Concert Hall on October 27.

There Will Be No Intermission (plus its attendant North American live shows) has already seen the multi-faceted artist receive some of the best reviews in a career pretty much awash with incredible reviews. Her first solo album in more than six years, There Will Be No Intermission is her most powerful and personal collection to date, with songs that tackle the big questions: life, death, grief and how we make sense with it all. While the themes may be dark, the album’s overall sonic and lyrical mood is one of triumph in the face of life’s most ineffably shitty circumstances.

Amanda Palmer, singer, writer, pianist, activist and blogger said, “Most of these songs were exercises in survival”.

She continued, “This isn’t really the record that I was planning to make. But loss and death kept happening in real-time, and these songs became my therapeutic arsenal of tools for making sense of it all.”

Palmer’s hugely anticipated worldwide tour is set to circle theatres around the globe in the next twelve months. Kicking off in The Netherlands in September 2019 and traveling through mainland Europe before heading to the UK & Ireland for fifteen dates, culminating in three nights at London’s intimate Union Chapel. The touring show itself will feature Palmer on solo piano and ukulele, with no band accompaniment; a night of graphic, honest and funny storytelling and songs that Palmer claims will form her “most human and vulnerable stage-show to date.”

Recorded over a single month in Los Angeles by John Congleton (who previously engineered & produced 2012’s acclaimed Theatre Is Evil), the latest album There Will Be No Intermission was entirely crowd-funded, this time by over 14,000 patrons using Palmer’s community hub on Patreon. Palmer’s often-overlooked skills as a pianist mark the LP with a stark but grand sonic approach utterly distinct from her two prior solo albums. Indeed, the album’s 10 songs feature only a few extra overdubs provided by key associates, including Congleton, Palmer’s friend and frequent collaborator Jason Webley, Montreal-based programmer/keyboardist Max Henry and veteran drummer Joey Waronker. Longtime collaborator Jherek Bischoff also added touches of prepared piano and upright bass; he also arranged ten short orchestral instrumentals based on the motifs of the songs, creating an intermission of sorts between each track.

Somber yet exultant, There Will Be No Intermission presents still more dimensions to Amanda Palmer’s already voluminous talent, once again confirming her as a master songwriter at the height of considerable power. This one-of-a-kind artist has miraculously moulded humour, tears, confession, and naked personal pain into a matchless piece of work that could very well have been morose and gloomy, but is instead deeply relatable, healing and inspirational.

Beginning with the epic Bill-Hicks-inspired “The Ride”, There Will Be No Intermission sees Palmer revealing her heart in total, turning the coals of fraught experience into musical diamonds. Palmer wrote “The Ride” with the help of her patrons, puzzle-piecing their personal comments about fear and grief into a sonic emotional snapshot of her community. Themes of death and reproduction recur throughout, including “A Mother’s Confession,” a funny, honest, slice-of-life ramble detailing Palmer’s failings as a new mother, and “Machete”, written in tribute to her best friend, Anthony (for whom her son was named), following his untimely passing from cancer. “Voicemail for Jill” chronicles a different sort of death as Palmer reaches out to a friend on her way to an abortion clinic.

She continued, “It’s been the white whale of my songwriting. Having had three abortions for very different reasons, and after connecting with hundreds of women who’ve gone through the same isolating and lonely experience, I just wanted to do the topic, poetic justice. How do you write a song about abortion without being too heavy-handed or too preachy?  It was only after being in Dublin for the abortion referendum that I came home and glued myself to the piano bench and said: ‘Amanda, write it. You’re a good enough songwriter now, you’ll find a way.’ Playing it live has felt like a hymn to every man and woman in the audience who’s never been able to talk openly about their own abortion experiences.”

Amanda Palmer is a singer, writer, pianist, activist & blogger who simultaneously embraces and explodes traditional frameworks of music, theatre, community, and art. She first came to prominence as one half of the Boston-based punk cabaret duo The Dresden Dolls, earning global applause for their wide-ranging theatricality and inventive songcraft. Her solo career has proven equally brave and boundless, including such groundbreaking works as the fan-funded THEATRE IS EVIL, which made a Top 10 debut on the SoundScan/Billboard 200 upon its 2012 release and remains the top-funded music project on Kickstarter.

In 2015, Palmer joined forces with Patreon. to further develop her revolutionary model of fan support and artistic community, and where 12,000 people help support Palmer’s seemingly infinite creative output. The growing list of “Patreon Things“ – Palmer releases an average of two a month – now includes songs, original films (her politically-charged video “Mr. Weinstein Will See You Now”, a collaboration with choreographer Noemie Lafrance, took the internet by storm), performance projects, and such full-length collections as  I Can Spin a Rainbow, her acclaimed 2017 collaboration with Edward Ka-Spel.

For more on Amanda Palmer and Patreon click here.

“Dense and intense, the new record from cult hero Amanda Palmer is loaded with the drama of real life.” – NME ****

“This is not so much pop music, as music that might make your ears pop” – Daily Telegraph ****

“Its sonic scope is vast and all-encompassing while the subject matter is both candid and intimate in nature.” – Louder Than War, 9/10

“Give her the time; pay close attention; it’s worth the ride…There Will Be No Intermission is a triumphant return of an uncompromising artist. It is singularly the best piece of work that Palmer has produced in her career.” – PopMatters

“On almost every song there’s a line so striking it almost punches you in the gut.” – MusicOMH

“Amanda Palmer is the clearest voice of reason we have as states unnecessarily crack down on abortion.” – The Washington Post

“Amanda Palmer is so f**king captivating, I felt it impossible to pull myself away. I was being drawn into the rocks with her enchanting charisma and hilariously sarcastic storytelling abilities. I cannot suggest strongly enough that you go out and see her live.” – Pancakes & Whiskey