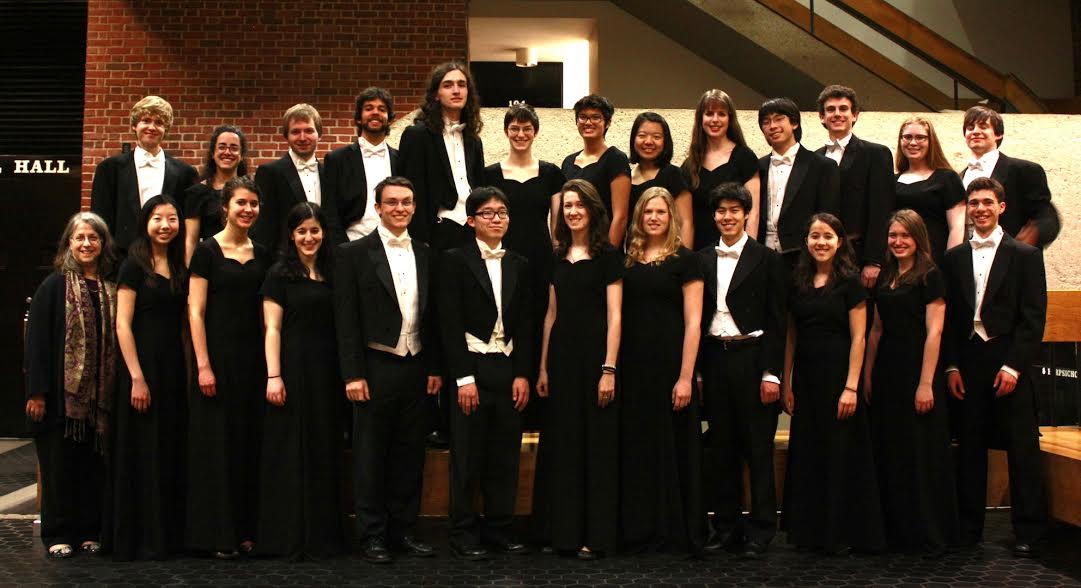 A Massachusetts-based Concert Choir, Amherst College Concert Choir will perform a free concert for the people of Limerick at St Mary’s Cathedral on Monday 5th June from 7.30pm to 8.30pm.

The Amherst College Concert Choir is touring Ireland for the very first time and features harpist Rosemary Caine who hails from Co Louth.  Rosemary has written three musicals about the lives of Irish women from pre-Christian Ireland to the present day which have been staged and performed in Ireland and the U.S.

The Amherst College Concert Choir is made up of over thirty students majoring in various subjects.  The Concert Choir performs for various College functions, provides full concert programs both on and off campus, and has toured in the United States, South America and Europe.  The repertoire of the Concert Choir contains a great variety of music written throughout the ages, from the Renaissance to the Twentieth Century.  Selections are both sacred and secular and are sung in a variety of languages and styles.  For their one hour concert in St Mary’s Cathedral, they will present music of America and Ireland, along with a selection of folk and world music.

Mallorie Chernin is Director of Choral Activities at Amherst College in Amherst, Massachusetts where she conducts three choirs, The Concert Choir, the Women’s Chorus and The Men’s Glee Club, known collectively as the Amherst College Choral Society.  She coaches a fourth group, The Madrigal Singers, and teaches conducting.  The activities of the Choral Society are many, including a rich history of travel both in the United States and abroad, including tours to Japan, Italy, the (former) Soviet Union, Poland, Czech Republic, Hungary, Argentina and now Ireland.  On campus, the choirs perform for traditional College, and each group performs individual full-length concert programs.

A native of Milwaukee, Wisconsin, Mallorie Chernin completed a Bachelor of Music degree in Music Education at the University of Wisconsin in Madison.  She holds a Master of Music degree in Choral Conducting from Westminster Choir College located in Princeton, New Jersey, and did doctoral work (ABD) at the Hartt School of Music in Hartford, Connecticut.  Prior to becoming Director of Choral Activities at Amherst College in 1986, Ms Chernin served on faculties at the Eastman School of Music in Rochester, New York, Smith College in Northampton, Massachusetts, and Hampshire College in Amherst, Massachusetts.  In addition to her position at Amherst College, which she has held since 1986, Ms Chernin is in frequent demand as an adjudicator, clinician and guest conductor.

Rosemary Caine grew up in Ardee County Louth Ireland and was educated by the Sacred Heart Nuns in Roscrea County Tipperary.  Rosemary attended law school at UCD in Dublin.  She took a break to join the Bunratty singers and never revisited law as a career.  In 1972 Rosemary came to the United States with a trio, “The Burren Flora,” who performed on the East coast. She remained in the United States and while raising a family stayed connected to Irish music.  In 1998 Rosemary began to play the Irish harp and since then has written three musicals which have been staged and performed in Ireland and the U.S.  The Irish harp provided a whole different perspective on performance and created the opportunity to write musicals about the lives of Irish women from pre-Christian Ireland to the present day.  Two of Rosemary’s musicals had their premieres at the Dundalk Theatre Festival: In 2004, “Wilde Irish Women,” and in 2006 “Women in Arms.”  The award-winning play by Mary Elizabeth Burke Kennedy was scored by Rosemary for which she was nominated for the Adjudicators Award.  She is currently working on a fourth musical, “Wilder Irish Women,” which will include a piece on Molly Bloom and Nora Barnacle, the real live and literary women of James Joyce.  Rosemary plays in two bands, a harp trio called “The Mother Pluckers,” and “Trine Cheile,” a six-person band that has performed in her musicals.

Amherst College was founded in 1821 as a non-sectarian institution for young men.  Today it is an independent liberal arts college for men and women (it has been co-educational since 1976) and offers a Bachelor of Arts degree in the humanities, the social sciences and the natural sciences.  Located in New England in the heart of western Massachusetts, Amherst College has over 1700 students who come from most of the fifty states and many foreign countries.

For more information on Choir’s on ilovelimerick click HERE