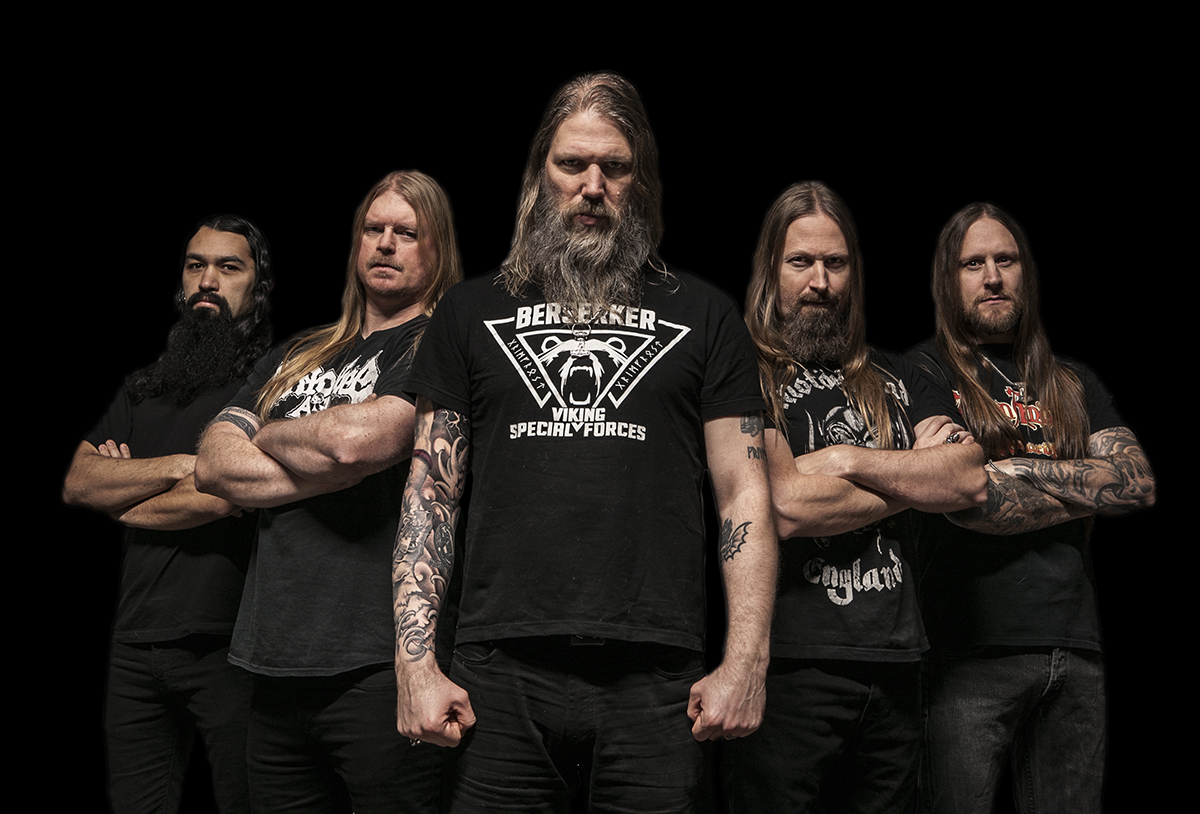 In what promises to be the metal event of the year in Ireland, Dolans Presents in association with DME and Bad Rep announced yesterday that the hugely popular metal bands Amon Amarth and Behemoth will come together to play Limerick’s King John’s Castle this June.

Sweden’s Amon Amarth will team up with Poland’s Behemoth for a very special outdoor show at King John’s Castle in Limerick on June 17th, 2019.

Speaking at yesterday’s announcement, promoter Neil Dolan said: “Dolans have been supporting the growing metal scene for many years. This gig will see two giants of the world metal scene come together for one of the most incredible nights fans of metal will have seen in Ireland this year”.

“King John’s Castle with its links to the Vikings will prove to be the most perfect backdrop for a gig like this. We are looking forward to welcoming fans from far a wide to experience a true Limerick welcome in June”, he added.

Amon Amarth was formed in Sweden in 1992. The melodic death metal band takes its name from the Sindarin name of Mount Doom, a volcano in J. R. R. Tolkien’s Middle-Earth.

Their lyrics mostly deal with Viking mythology and history, and so they have been linked with Viking metal, although the band themselves prefer to be referred to as melodic death metal.

Amon Amarth has released ten studio albums, one compilation album, one EP, one video album, and ten music videos. Its first studio album, Once Sent from the Golden Hall, debuted in 1998.

Five more studio releases followed, before the band saw its breakthrough with the 2008 album Twilight of the Thunder God, which debuted at No. 10 on the Swedish album charts and No. 50 on the US Billboard 200.

Supporting Amon Amarth at the King John’s Castle gig will be Polish metal band Behemoth. Formed in Gdansk in 1991, Behemoth is considered to have played an important role in establishing the Polish extreme metal underground.

Until the late 1990s, the band played a traditional black metal style with heathen lyrical content, but soon changed to that of occult themes written by their lead vocalist Nergal and Krzysztof Azarewicz.

With the 1999 release of Satanica, the band demonstrated their presence in the death metal scene, while retaining their signature style characterised by the drum work of Inferno, multi-layered vocals and Middle-Eastern influences.

Amon Amarth recently completed work on a brand-new album due this Spring whilst Behemoth continue to tour in support of their recent ‘I Loved You At Your Darkest’ release.

Tickets for Amon Amarth and Behemoth Live at King John’s Castle will go on sale this Thursday at 10 am and can be purchased via the Dolans box office or by logging on to www.dolans.ie or www.ticketmaster.ie and usual outlet nationwide.