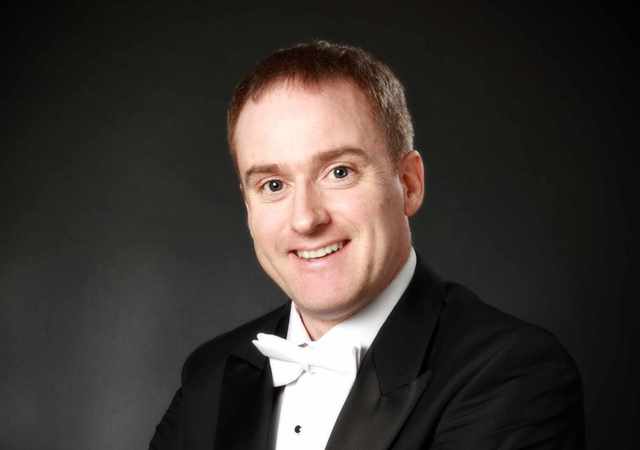 Music Appreciation Series An Autumn Series of Talks at UCH

Following the success of their first, Spring Series of Talks, University Concert Hall are delighted to announce details of an Autumn Series of talks with guest speakers Stuart O’Sullivan, Professor Mícheál Ó Súilleabháin and renowned opera producer Ellen Kent. Ideal for those interested in expanding their understanding and appreciation of classical music, opera and trad, these talks are an entertaining and insightful way to spend those Autumnal Monday evenings. Explore Beethoven’s shorter piano sonatas and The Great Pianists with Stuart O’Sullivan, delve into the delights of Carmen with Ellen Kent and enjoy Chief O’Neill’s Music of Ireland performed by Mícheál Ó Súilleabháin!

Stuart O’Sullivan is one of Ireland’s most well-known and successful pianists. He studied at the Royal Irish Academy of Music in Dublin, and later in Italy, where his teachers included the world-renowned Russian pianist Lazar Berman. He has performed extensively as a recitalist throughout Ireland, as well as in many other European countries and has appeared as concerto soloist with both the National Symphony Orchestra and the RTE Concert Orchestra.

Professor Mícheál Ó Súilleabháin is a renowned Irish pianist, composer, producer and ethnomusicologist as well as being the Founding Director of the Irish World Academy of Music and Dance in UL. Having been responsible for the development of a uniquely Irish piano style, he is a major figure in the Irish musical world – at home and abroad – linking academia and performance. In addition to his own extensive recordings, he has also produced albums for the likes of Nóirín Ní Riain, Liam O’ Flynn, Paddy Glackin and others.

Ellen Kent is an award-winning opera producer with over 20 years experience, which has included sell out performances at the Royal Albert Hall, as well as unforgettable shows at Leeds Castle, Biettedine Festival in Lebanon, and Dafna Hall in Qatar. For many years, she has been making opera accessible by touring her lavish, and beautifully traditional productions around the UK’s theatres, to critical acclaim.
19 October: BEETHOVEN’S SHORTER PIANO SONATAS STUART O’SULLIVAN

Although most people associate Beethoven’s name with very large scale works such as the Ninth or Appassionata sonatas, the monumental was only one aspect of his musical personality. In this talk Stuart O’Sullivan looks at the shorter piano sonatas, which give a much more intimate view of the great composer, casting an interesting light on him. llustrated with extracts from the works of Beethoven, performed by Stuart.

2 November: CARMEN ELLEN KENT
We are delighted to welcome renowned Opera producer and director Ellen Kent to UCH for this talk on Bizet’s Carmen, just days before the full scale opera is presented at the venue. Listen as Ellen explores the story of Carmen, delves into the magnificent arias and recounts her personal experiences of bringing this iconic opera to life on stage.

9th November: CHIEF O’NEILL’S MUSIC OF IRELAND MÍCHEÁL O SÚILLEABHÁIN
Francis O’Neill (1848-1936) was born in County Cork, spent some time at sea, a short time working as a shepherd in the Sierra Nevada foothills, qualified as a teacher in Missouri and eventually settled in Chicago were he became Chief of Police in 1901. O’Neill’s published music collections had an enormous influence on Irish music of the twentieth century. In this Recital-Lecture, Irish composer and academic Mícheál Ó Súilleabháin will perform many of the airs and dance tunes collected by O’Neill in Chicago.

Horowitz, Rubinstein, Arrau, Gilels, Richter….many of the most famous musical names of the past century have been pianists. Stuart O’Sullivan gives a personal view of some of the greatest pianists of the 20th and 21st centuries and assesses their significance and legacy. Illustrated with recordings of the artists discussed.

Ill Be Home for Christmas, newest feel-good tale from Roisin Meaney, to be released mid-October