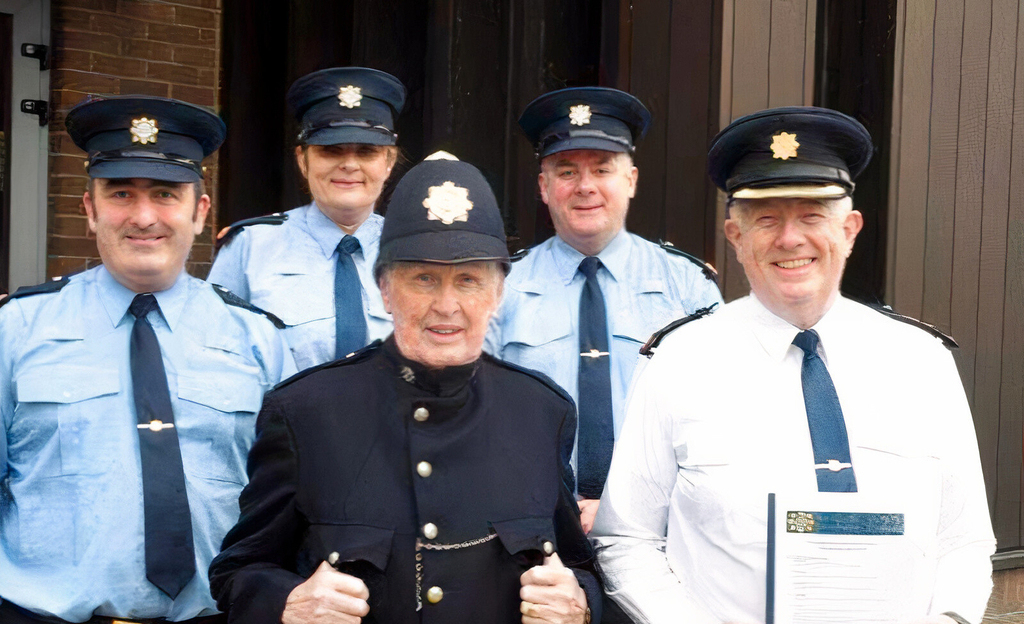 Celebrations of the Garda Centenary will include exhibitions, re-enactments, a march and a mock crime scene

An Garda Siochana Limerick centenary celebrations offer events in both the city and county to mark 100 Years of An Garda Síochána. Formed in the turbulent period between the War of Independence and the Civil War, An Garda Síochána had been tasked with restoring law and order in the new Irish Free State.

“There are national events but it’s very important that the anniversary is marked in every community and in every policing division in the country,” said Inspector Oliver Nally who is co-ordinating An Garda Siochana Limerick programme of events.

In Limerick city, a Garda Síochána Policing Exhibition is running at the Limerick City Council Building on Merchant’s Quay as part of the force’s Centenary celebrations this year until Friday, September 30 in Istabraq Hall (excluding weekends) and is open from 10am to 4pm daily.

This exhibition will display a number of old uniforms, information regarding the history of An Garda Síochána, a number of crime scene photographs relevant to Limerick, as well as a number of different artefacts and a mock “crime scene”.

A member of An Garda Síochána will be in attendance at the exhibition every day.

If any group of more than 15 is planning on attending, an email should be sent to [email protected] with the number of persons expected to attend so an appropriate time slot can be allocated.

In the Newcastle West and Adare area, a primary schools colouring competition will be held, beginning in mid-October.

In Bruff, an open day will be held at Bruff Garda Station on October 5, where a medal ceremony for serving members, Garda staff and retired members will also take place.

A Policing Exhibition will also be on display at Newcastle West Library from November 12 to 20.

As part of the national celebrations to mark the centenary of An Garda Síochána, Gardaí attached to Newcastle West District plan on holding a reenactment and Garda Open Day on the 18th November 2022 at 12 midday. This event is part of a number of events that are planned across the country over the coming months. The 18th November will mark 100 years to the day when the first six members of An Garda Síochána arrived in the town. To mark same we are planning a reenactment of members arriving in traditional uniform to the first Garda Station. This will involve a staging of the first six Gardaí meeting the local Judge and Rates Collector at Bishops Court, before proceeding to the Square Newcastle West. At the Square, a brief history of the first Gardaí will be outlined to attendees. A wreath laying ceremony will take place at the entrance to Desmond Castle. This will be followed by a Garda Open Day and Medal Ceremony in Desmond Castle. The event will run from 12pm to 3pm.

As part of the Open Day, Garda Memorabilia will be on display within Desmond Castle. Garda Units such as the, Mounted Unit, Garda Band, Dog Unit, Water Unit, Armed Response Units, Traffic and Regular Units will be on display. The Open Day will also feature a medal ceremony for some of West Limericks honorary Gardaí from the Little Blue Heroes Foundation.

On Saturday the 19th November 2022, West Limerick Gardaí will hold a Historical Display at the historic former Adare Court House over Aunt Lena’s. This will involve some attendees in period dress and an example of some brief details of court cases from West Limerick at the time. This will coincide with an Open day at the iconic Adare Garda Station featuring local Limerick units. Local Regular units, Traffic Units, Armed Support Units, Scenes of Crime and Public Order Unit will be in attendance. This event will run from 12pm to 3pm.

As part of Newcastle West Gardaí partnership with the OPW at Desmond Castle, there will also be a display of Garda Memorabilia at Desmond Castle on Thursday 17th November and Saturday 19th November from 11am to 3pm. This will be open to members of the public to attend.

Members of the public are invited to attend all three events. Their attendance would contribute significantly to helping make these events truly memorable and worthwhile.

For more information on An Garda Siochana, go HERE