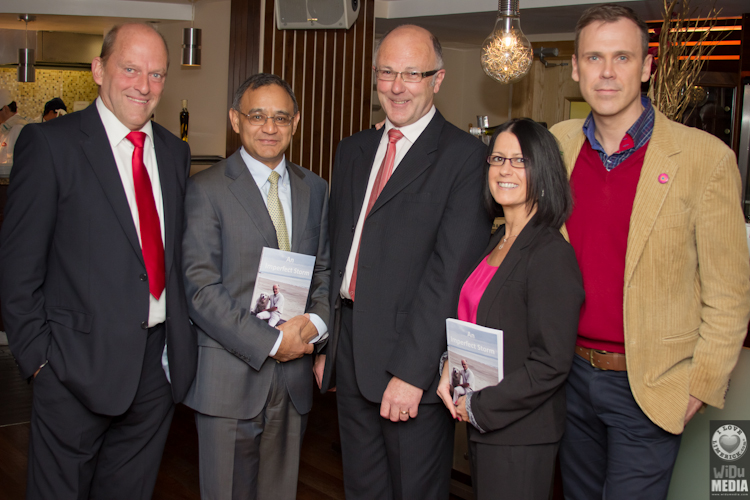 An Imperfect Storm by Kevin Haugh

Kevin Haugh, the Clare-born author of An Imperfect Storm is a cancer survivor. His book is compelling reading for anyone, but particularly those who have had a cancer diagnosis or who are close to someone who has been unfortunate enough to suffer from the emperor of all maladies.

Kevin’s book is not a medical text book. Neither does it proclaim to be a self-help tome, or an advisory text on “how to live with cancer”. It is an honest account of Kevin’s life before, during and after he was unexpectedly diagnosed with Non-Hodgkin lymphoma. The book portrays the changes that diagnosis imposed on his family, brought to his home and inflicted on his relationships. Kevin was a man at war with cancer. It is this fighting spirit and his inherent will to defeat the disease that stand out most in the book.  At his oncologist’s suggestion, he began to keep a diary to help him focus. That diary became this book.

A retired principal of Galvone NS in Limerick City since 2010, Kevin is now, amongst other things, a contract supervisor of teaching practice at Mary Immaculate College of Education, Limerick, and co-ordinator of the Clare and Limerick Education Centres’ Annual Education Research Conferences. He has had academic papers published before both in this country and abroad, but this is his first book.

In his foreword, Professor Rajnish K. Gupta, Consultant Medical Oncologist and Director of Cancer Services at the Mid-Western Regional Hospital, Limerick, sees great value in the book as it gives doctors and those who work with cancer patients a first-hand account of the patient experience:

“This book, Dr. Haugh’s first, is a raw reflection of life, including the interference of the medical profession. It reveals aspects of our existence that many of us, including those who work in the health service, are unaware of, despite the unique patient-doctor relationship.”

Professor Gupta attended the book launch on September 16th in the George Boutique Hotel in Limerick, and Clare hurling supremo, Ger Loughnane officially launched the book. Often referred to as the Banner legend, Loughnane has triumphed in his own battle against leukaemia. He is of the opinion that while it’s good to be mindful, “If you get an illness and you get the treatment for it, you just can’t spend your time living in the shadow of it.” Kevin Haugh has taken a similar view.

An Imperfect Storm will be available in bookshops. Published in Kildare by Outside the Box Learning Resources, all proceeds of An Imperfect Storm will go to the Mid-Western Cancer Foundation, founded by Professor Gupta.  The foundation works to streamline donations and provide holistic care for patients with Cancer in the Mid-West region, in addition to ongoing research support. To find out more, www.mwcf.ie.

Photos by Damien Wilson/WiDu Media  for WWW.ILOVELIMERICK.COM. STANDARD DISCLAIMER – Do not copy, cut, alter,print or use in any way without express permission. Sharing of images online by David Woodland in no way licences the use of said images without the express agreement from David Woodland or representatives.