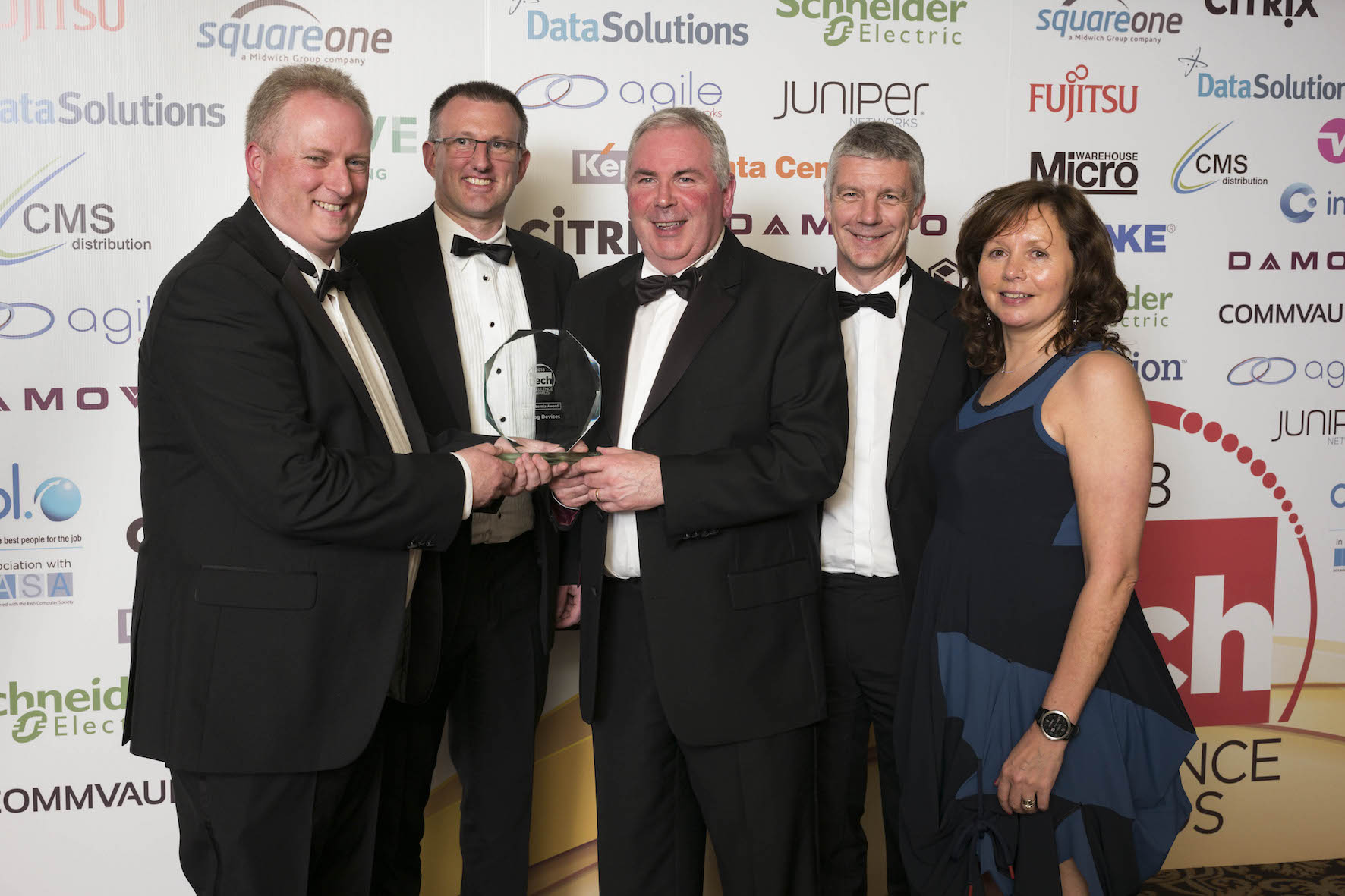 Analog Devices Inc (ADI), a world-leading semiconductor company with facilities in Limerick and Cork, was presented with a prestigious technology award at Ireland’s National Tech Excellence Awards on Thursday 24th May at a gala dinner in City West.

ADI received the “Hibernia” award, formerly known as “Multinational of the year” award, for its outstanding contribution to the technology sector in Ireland and in particular its investment in job creation, working with academia and developing the ecosystem. Previous winners include Microsoft (2017) and Intel (2015).

Accepting the accolade, Brendan O’Dowd, General Manager, Industrial Automation, ADI, said “We are honoured to accept the Hibernia Award and receive this recognition for our innovation and ongoing investment. For over 40 years our operation has held a formidable presence on the Irish technology scene and today stands at the forefront of technological development. Our resulting products have a profound impact on people’s lives and on our environment, as we deliver solutions for diverse applications including autonomous driving, highest bandwidth 5G mobile access, connected industry and next-generation preventative healthcare. I’m delighted to accept this award on behalf of our very talented people.”

Ireland’s National Tech excellence awards represent the most prestigious recognition of achievement in the Technology sector. The awards celebrate the technology sector in Ireland and the annual prize giving and black tie gala dinner is the biggest social event in the tech business calendar with over 600 attending each year. This year’s event took place on Thursday 24th May at City West Hotel, Dublin.

VIDEO: Brian Cody advice to business – ‘be a team player’